Home
Television
Young and The Restless
Young and the Restless: Will Nick Forgive Chelsea? 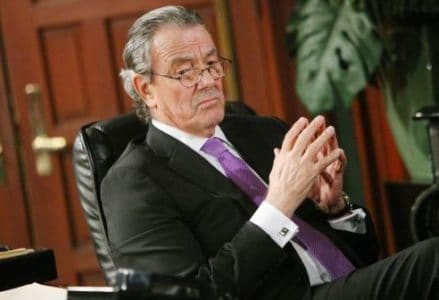 Young and the Restless fans want to know if Nick can handle what he’s about to learn about Chelsea. His sister-in-law turned girlfriend now that her husband, his brother, is gone. He recently told her he was ready to take their relationship to the next level when his father kicked him out of their own home, and he asked to move in with her. She wasn’t ready for it and has told him she’s not ready for it. Their relationship is already pretty rocky, and that means these two are going to go through some stuff.

And now that Victor has decided to let his son know that his own son is not really his son, but his brother’s son and that his girlfriend knows his, it’s going to rock Nick’s world. And we don’t think this is something he can forgive Chelsea for. And we don’t think that Chelsea will ever forgive Victor for this. It’s a dirty blow, and it’s one that makes no sense other than to incite petty hurt and upset.

No one should have to live like this, but it turns out that some people just can’t make good decisions or do the right thing. This is not a couple that will make it after this news breaks, and we are certain that Victor is going to regret this decision before much longer. But how much longer will it take before this becomes a big regret in his life? We think it might be sooner rather than later.