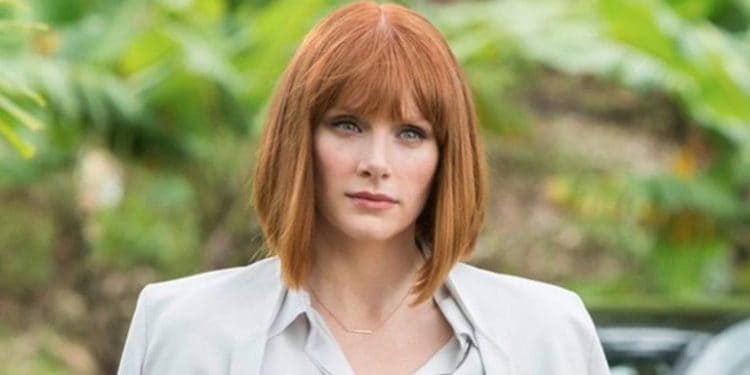 Let’s give Bryce Dallas Howard all the credit where it’s due. For being the daughter of famous director Ron Howard, she has taken her time to make a name for herself as an actress and even as a director. She started with directing a short film back in 2006 called Orchids and now, she’s directing things for Star Wars. And by “things”, I do mean The Mandalorian and the latest episode of the Book of Boba Fett. I’m sure that I speak for very many fans when I say that her episodes were some serious attention-grabbers. For the case of the Book of Boba Fett, she has directed probably the strongest episode of the series, at least so far. I hope she returns to direct another episode, which is more than likely. However, I’d like to see Bryce Dallas Howard take on the task of directing a Star Wars movie. Okay, so on paper, that might sound like a bit of a stretch. So she directed three eye-popping episodes for two Disney+ series, but that’s not the same as directing an entire movie. That’s obvious, but I think we should take a closer look at her handiwork. What was so intriguing about Bryce Dallas Howard’s direction is that it was clear that she understood the characters and the Star Wars universe. She was even turned on by the idea of The Mandalorian because it gave her the opportunity to work with a larger world, which she believed could be beneficial for casual and devoted viewers. That’s a good way to look at it, because she clearly understands that Star Wars shouldn’t have to be contained to the same tale we’re used to seeing.

We got our first taste of that in her first directorial debut episode in the first season of The Mandalorian. In the fourth episode called “Sanctuary”, she had the titular hero partner with Gina Carano’s Cara Dune. Yeah, yeah, I know how much people don’t like Gina Carano right now, but we can’t take away what she brought to the Cara Dune character. Let’s give Bryce Dallas Howard more credit for giving us the episode that debuted a strong female character like Cara Dune. She was no Jedi, but she didn’t have to be. Give her a heavy laser rifle and she’ll mow down several Imps. Take away the blaster, and she’ll smash their faces in. It all looked authentic, given Gina Carano’s background as a mixed martial artist, but as a not-so experienced actress, Bryce Dallas Howard was able to work with her and help her bring out the best performance she could. That’s one of the biggest challenges for a director to do, and the fact that she was able to help Gina Carano do that deserves a shoutout.

But what many fans loved about the Sanctuary episode was the vibes it gave. For those of you who have seen Seven Samurai, you can tell where the inspiration came from. Along with some intense action scenes and some touching moments between Mando and Baby Yoda, I’d say Bryce Dallas Howard earned the right to direct another episode. She would do that eventually in the second season, which saw the live-action debut of Bo-Katan, not to mention the continuation of her quest for retaking Mandalore. The real highlight of the Book of Boba Fett was the latest episode where Boba Fett didn’t make a single appearance. Bryce Dallas Howard brought back Mando in full gear, along with the Armorer and Paz Vizsla from the first season. The nostalgia was overwhelming and it has only been two years since we’ve last seen Mando. Again, let’s give Bryce Dallas Howard the credit where it’s due, because she’s more than proven that she understands how to give these characters direction. If she can do that, then I believe she can do the same for more characters in the universe. The question is, can she do it in a movie? In my opinion, the answer is yes.

Star Wars fans all over social media are basically calling for Bryce Dallas Howard to direct a future Star Wars movie. The more I write about this, the more I want it to happen. I think Bryce Dallas Howard starting with the Mandalorian and the Book of Boba Fett is her way starting small, then working her way towards the big fish. I’ll go even further and say that she can direct something that will hit where the Star Wars sequel trilogy missed. For instance, the main protagonist of that trilogy was Rey, a rather divisive character in the eyes of many Star Wars fans. Why was she divisive? Well, while many fans thought she was a strong female hero, many others viewed her as a Mary Sue who could do literally everything. I will admit, I am more in the middle on that sentiment. Rey definitely had her moments throughout the trilogy, but in The Rise of Skywalker, she showed more of those Mary Sue characteristics than anywhere else. And to be honest, it got on my nerves a lot. It was a rather disappointing way to end her story arc, but then again, she could have another one in a future show. That’s how almost all of the prequel characters got their proper characterizations and they actually became good characters. I hope the same can be done for Rey, but time will tell. I think fans would rather see new characters be introduced in the Star Wars universe and that’s where Bryce Dallas Howard can flex her ideas.

The area where she can really do well in is giving us another strong female character on Cara Dune’s level. That is something we’ll welcome, since Cara Dune will probably never return. If that’s the case, then Bryce Dallas Howard can give us another female protagonist we can really get behind. It can be a soldier-type character similar to Cara Dune or maybe even a Jedi. Heck, why not give us a female antagonist? An Inquisitor would be a fine addition to the Star Wars rogues gallery. If Bryce Dallas Howard can give us something like that and go outside the box a bit, then I’m confident she’ll give us a good Star Wars movie. What are your thoughts, Star Wars fans? Do you think Bryce Dallas Howard is a good fit to helm a Star Wars movie? I stand by my points and I think she should take up the opportunity if it comes to her. Since her father worked on the 2018 Han Solo movie and she apparently spent time on set with him, I think she can learn some more pointers from a director with experience.