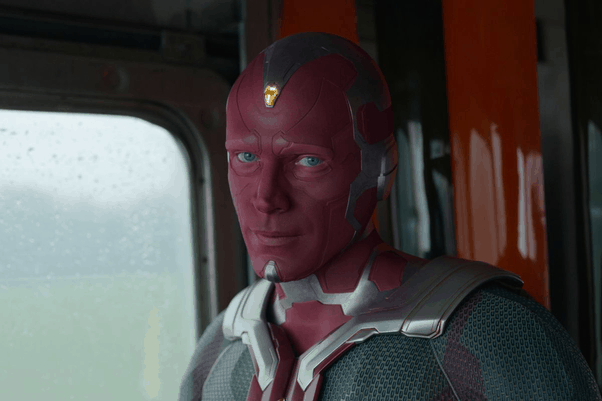 It’s doubtful that too many people are upset with Paul Bettany for his trolling attempt that came when he said that there would be a special appearance by another Avenger, but for those that were upset, it might be time to grow up a bit. But the whole idea of people being mad with anything in the MCU at this time is worth rolling your eyes and shaking your head since phase 4 is currently underway and there’s still a lot of material to get out so that everything can make sense. The whole idea of showing White Vision, the reanimated and real body of the character, was most likely to bring the character back at some point. There might be some thinking that this is kind of a slap in the face, meaning that the character’s sacrifice in Infinity War meant nothing. But if there’s one lesson that needs to be remembered, it’s that anyone with the opportunity and ambition in the Marvel universe isn’t about to let a being like Vision become scrap no matter what his living will mighty say. It’s not at all absurd that SWORD would snag Vision’s body and reassemble him, but sending him after Wanda and her version of Vision was probably not a good idea, since not only are the two Vision’s very level-headed characters but with the inclusion of the real Vision’s memories, White Vision is likely to be a big wrinkle in various plans in the future since leaving him alone isn’t going to be the best option since fans will want to see more of him no doubt.

But on the subject of the fans being mad with Paul Bettany, it might be time to admit that the MCU fans are starting to get a bit toxic at times if they haven’t been deemed thus already. There are a lot of fanbases out there, and they all have their strong-willed, dedicated fans that know more than most when it comes to their favorite characters, plot lines, and overall story arcs. But there are some that know a lot and tend to lord it over others in a manner that is kind of arrogant as well as petulant when they don’t get their way. It’s not hard to see this and to understand it, since some of us that have read the comics and know the stories that are being alluded to might want to flaunt what we know and see if our knowledge trumps anyone else’s, but those that have to bludgeon people with the facts are often those that can’t take it when something happens in the MCU that they weren’t expecting or feel shouldn’t have happened in that particular way. It’s really time to wake up and realize that the MCU isn’t doing everything according to the comic books since Infinity War and Endgame were completely off-script when it came to the comics. A lot of it had to do with the fact that the MCU has been without key characters for quite a while that appear to be on their way into the fray as of now.

But getting mad over a detail that was changed, unless it’s something that is so fundamentally different, is kind of silly. Looks have been changed, powers have been increased and decreased, and while a lot of it is frustrating it’s beyond the power of the fans to change anything by griping about it. Plus, the fact that White Vision was sent in to take care of Wanda wasn’t that bad of an idea since it could have easily messed her head even further and made it nearly impossible for her to focus. It was a gamble no matter which way one looks at it, but it was something that can’t help but be appreciated since it’s a part of the comics that the MCU decided to bring in at this time and it’s something that one can’t help but think is going to come around later. The fans are going to have to keep getting used to this kind of stuff since the MCU has their own ideas about what’s going to happen and the input that they do receive if it’s usable, might never reach the light of day since they’re likely convinced that their writers and directors can handle it and come up with something that fans will love enough when it comes time to pay for it. Fans getting mad at anything is kind of funny really since when the MCU first started up people were happy as clams to see Iron Man come out in all his glory, but the attitudes changed pretty quickly after that since once the fans were given something they liked they kept wanting more and more until it took a blockbuster that broke the billion-dollar mark to appease them. Just imagine what it’s going to take from here on out.