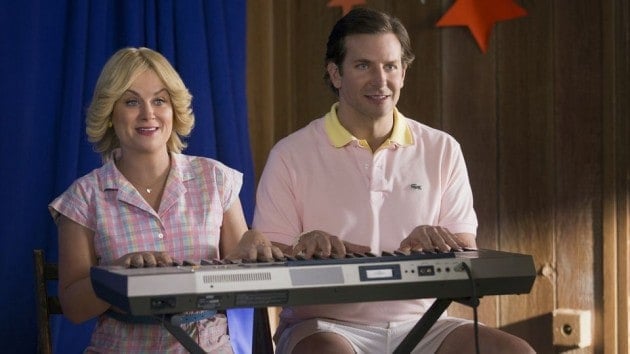 Wet Hot American Summer: First Day of Camp‘s opening episodes could coast along on fan service and easy jokes – while there is no doubting many scenes in the first two episodes are entertaining, they certainly draw a neat thoroughline through the first episode of Camp right through to the end of the film itself. The allusions are all over the place, so it’s up to “Activities” and “Auditions” to keep these stories from being a predictable slog to an ending we’ve already seen – which they do effortlessly, two episodes that only get funnier as they progress, building up a number of interesting conflicts for the second half of the season, both those familiar and brand new.

“Activities” begins arguably at the lowest point of both episodes: while I appreciate bringing in H. Jon Benjamin to bring Mitch to life, turning Mitch into a can of vegetables is exactly the kind of fan massaging First Day of Camp doesn’t really need. All we really need to see is Mitch eating his can of vegetables, and we understand how we get from Point A to Point B – which in itself isn’t really the issue, the problem coming in how Showalter and Wain decide to fill in the space between those stories. Don’t get me wrong: I love the toxic goo/Xenstar material, but seeing Mitch literally turn into vegetables takes away a bit of the charm of his appearance in the original film as Can of Vegetables – thankfully, this is really the only example of First Day of Camp not filling in the margins with interesting developments.

Perhaps the most entertaining of all these comes in the form of Jonas, whose identity crisis is a large component of these episodes, giving wide berth to fill out his backstory, along with give some important context to Gail and the emotional roller coaster she ends up on by the last day of camp. Turns out Jonas is a man hiding an important government code deep in his brain (along with an attraction to his fridge) that “Auditions” spends a lot of time bringing to light. There are plenty of hilarious, familiar stories playing out around Camp Firewood, from Ben and McKinley having their little meet cute, to tracing the path Associate Professor Neumann took from teacher to disgruntled vacationer (told in hilarious, high school montage fashion): all of these stories are entertaining in their own way, but the sheer amount of allusion and homage in Jonas’ hypnotized monologue is wildly entertaining, in the goofy way only Wet Hot American Summer can capture.

(Special mention goes to Katie and Andy, the latter of whom offers up the greatest conversation of the first four episodes, when he asks her if she wants to “cut off a slice of this greasy d*ck” and how nobody will be able to “blow your life like I can”.)

That’s not to say both of these episodes exist on pure fan knowledge: be it Coop’s shofar (which turns out to not be such a rare gift), the Electro City production, or the impending showdown with Camp Tigerclaw, where Blake and Courtney are waiting to exact some revenge on the middle class: outside of John Slattery’s awkwardly unfunny Claude Dumet, both “Activities” and “Auditions” moves with both comedic and narrative purpose, hilarious turns of story that not only inform where these characters are headed, but exactly why they end up in the places they do.

Finding that motivation in characters and drawing a line from First Day of Camp to the film –  without making it feel explicitly constructed for the purpose of the show – is a tall task: while the first episode struggled to give things purpose, how Wain and Showalter have filled out these two episodes in particular is impressive. The mile-a-minute joke structure, the wide berth of montages, homages, and allusions, and the fascinating experiment in filming that is seeing these cast members somehow find times in their schedules to appear in First Day of Camp: so far, all of these things have worked in First Day of Camp‘s favor, slowly turning the series into the prequel we never needed into the one we never knew we wanted all long. That is impressive – and with The Falcon and Blake bearing down on Camp Firewood, I only expect things to get funnier and more outlandish. Can a prequel series turn out to be better than the film its inspired by? Bates Motel certainly suggested recently that these iconic properties are better left alone, a theory First Day is directly refuting with its first four episodes, which are arguably more cohesive and measured than the source material itself.

– Lindsay furiously pecking away at a typewriter hidden under the picnic table is my favorite visual gag in either episode, a list that includes Coop’s bare arms and fedora, Susie’s smitten faces, and more pastels on Josh Charles.

– Nurse Nancy is a little too friendly about contraception.

– Another great gag: Rhonda dropping a cigarette butt into her coffee, contemplating it, then drinking it.

– Randall Park appears as a city hall records manager, and I really hope he returns in the second half of the season.

– “Trees look weird if you squint at them.”

– The Falcon will need two combs, and two cans of Skoal. Only one leg sweep for that gang of punks, though.

– Any scene where Jonas and Gary talk to each other is gold; I can’t wait to watch Gary’s reactions to Jonas’ “transformation” (not to mention Gail’s).