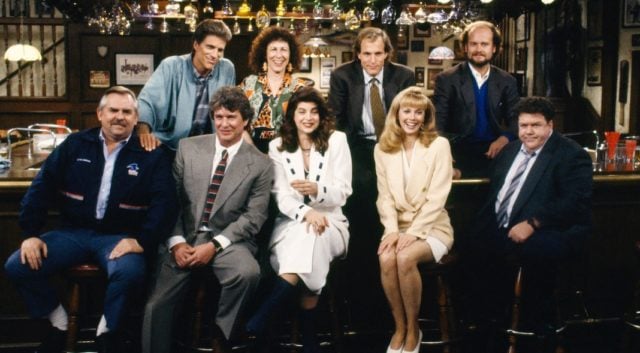 There are TV shows that come and go without doing much more than scratching the collective consciousness of the American public and then there are those that stick around for a while because we love them so much. But after so many seasons some shows don’t feel the need to move on or develop any further and it becomes a drag to see them churning out the same thing day in and day as they begin to grow stale and dull. You really hate to see this happen to your favorite shows but there are times when even the best have to throw in the towel and say “I’m done”.

That’s a sad day really, but it’s better than watching them attempting to make something out of nothing when the available story lines have been exhausted.

It seems almost blasphemous to talk about this show in anything but glowing terms, but really it started to deteriorate after a while. Actors were leaving to find fame in other venues, characters were being taken away, brought back, taken away, brought back. It got to the point that even if you knew their names you tended to forget just for a few seconds before you were reminded that these folks were still very important to the show. Eventually you’ve got to figure that a show run primarily from a bar is going to run out of material.

Did anyone really get into the second season? The first entered in with a bang without a doubt, but after that stellar beginning things just kind of took a downward turn. With the hunt for Sylar and the emergence of the heroes it was a definite thrill ride all the way to the end of the first season. But afterwards it’s almost as though the writers just kind of got bored and started throwing out ideas just to hear themselves talk.

How many things need to keep happening before Clark feels that he has enough incentive to throw on the suit and go save the world? Smallville was a great look into the beginnings of a superhero that the movies couldn’t quite cover, but after so many seasons you were kind of left wondering just when Clark was really going to do anything that would make a difference and lead him in the direction he was meant to take.

We get it, a lot of funny, off the wall things can happen at the office. But really, is it worth that many seasons? The development in this show was kind of hit and miss sometimes, and even the most diehard fans eventually started catching up on current episodes rather than race home to watch them right then and there. It was a great show when it first came on the scene but after a while you had to wonder why Steve Carell and a few of the others were still sticking around when they’d already proven themselves on the big screen.

1. How I Met Your Mother

To be honest this was almost like a truncated version of Friends. They all hung out together in their favorite spot, two of them were married while the remaining friends had a back and forth thing going with one another that developed into something that would eventually see Ted and Robin finally reunite even though Robin and Barney had been together for a while. It kind of reeked of a definite lack of creativity masked by an air of something just new enough that people who enjoyed Friends could latch onto.

Crucify me if you want, but these shows outlived their usefulness far before they were finally cancelled or retired.