So much, yet so little given in last night’s offering of Doctor Who. I’m going to forego a semi recap like I’ve been doing as:  1) if you are reading the review you probably know what happened and 2) I feel that there is a bit more to talk about when it comes to the characters of Amy, Rory and the 11th Doctor. Plus I feel like if I start nitpicking the events of “The Power of Three” (especially the ending) I might write 2,000 words, that will mostly be a rant that starts with why would any government let mysterious cubes lie around everywhere, and end with, the big bad was a hologram of a race of aliens the Doctor considers a bedtime story, then the doctor waves his sonic screwdriver at a board and everything is fine. Never mind  the 24 hours of dead people on the street who actually should be brain-dead, just getting up, like nothing happened, or that the big bad for the episode had a shoddy reason, Why no one ever noticed the same little girl just standing around a hospital, and why wouldn’t the doctor have noticed the…and… You know what?… NO. I’m going to stop because honestly, nitpicking aside I did like the episode. It was just heavily flawed. However, the relationship between the Doctor, Amy and Rory  was placed front and center quite well. So in the interest of being fair. That’s where this review is going; because, if anything, “The Power of Three” gave us Whovians an actual goodbye to the Ponds.

Stay with me here, in a way the episode felt like when you know your best buddy is going away and you talk about it, and spend a bunch of time together. More than you had been recently and eventually come to that realization of why you are friends to begin with, all the fun you’ve had and memories that only you and your friend share; and why it will be so sad to see that friend leave, but you understand. People move on, friends and relationships come and go, and while it’s hard to let a person go, sometimes it’s necessary. Laughter turns to a sad silence, but a friendly parting of the ways (pun intended) is eventually had.  A  couple of days later you have a big party to say goodbye, but it’s less special cause everyone is there, and maybe you realize afterwards that your “real” goodbye was a week earlier.  The episode captured that feeling in spades, from Amy’s voiceovers to the title of the episode being a reference to how amazing the three of them work together.  We all know “The Angels Take Manhattan” is the swan song for the Ponds, but “The Power of Three” was the intimate goodbye. I simply cannot stress enough the character changes we are seeing in Amy and Rory this series. Last series felt like Amy or Rory were always in distress and needed saving, they weren’t there to aid the Doctor, they were there to be captured. Ultimately it was one of the things that hurt series six as a whole. They held secrets from the Doctor, the Doctor held secrets from them. It just didn’t work. The entire series was a bold move to have a season long arc, but ultimately it fizzled out and ended up not nearly as fun and exciting as the other episodes in the new series’.  In just these last couple of episodes we have seen how much Amy and Rory have changed because of their time with the Doctor. How much stronger they have become as people. Amy went from being a singing telegram lady, with little to no purpose or desire to make something of herself, to a fashion model,  to a travel reporter! Rory has gone from bumbling man in love with a woman who tolerates him to a strong, confident leading man. When we were first introduced to Rory, he was given very little to do, and when he did have something to do he bumbled it. Now, Rory is just as confident and strong as a man from the stars.   Even their relationship has strengthened because of the Doctor, who can forget when Amy was just falling all over the doctor when she no longer remembered Rory existed, and even implied a crush before that. No longer is that the case. In “The Power of Three” Amy and Rory have become a strong couple, who realize that they have built a very happy life for themselves in between traveling and saving the universe with the doctor. It has become clear to Rory and Amy that they have to choose: normal life, or life with the raggedy man from the stars, because both clearly aren’t working anymore.

*side note: The last scene of the episode where the Ponds run into the TARDIS with the Doctor was the last scene filmed by Karen and Arthur  production wise, with “The Angels take Manhattan” already filmed.  Rumor has it there was a big ‘ol cry session when those doors closed.  If that don’t choke you up  a little upon re-watch of the episode, I don’t know what will. I can’t see, time wise, how this episode didn’t take place BEFORE “A town called Mercy”.  This fact may give credence to my theory that everything in these first couple of episodes are told to us out-of-order. Especially with the bit from last week where The Doctor mentions where Rory left his cell charger, seen in this week’s episode.  It was great seeing Rory’s father back. I must say with only two episodes under his belt Mark Williams as Brian Williams is giving dear old Wilfred a run for his money as favorite family member of the companions to meet the doctor.  That being said, “The Power of Three” felt like it belonged in the Russell T. Davies run of Doctor Who, especially the pacing, the earthbound threat and the re-introduction of UNIT, replaced by Torchwood, i’m glad to see UNIT back.

*Side note-  Oh, by the way, the look on the Doctor’s face when he realizes who Kate Stewart is, and her relation to his very dear old friend, Brigadier Lethbridge Stewart rivals that of the look on 10’s face when he meets Sara Jane. It’s those little things that really make me love how the writers embrace the longevity of Who in just the right places.

Like I said, I could nitpick the episode to death. There are so many dangling plot ends, but my fanboy tendencies sometimes get the best of me, and that’s what made it hard for me to write this “review” which isn’t even a review at all. I will say this though, for the first time this season I have a theory of what will happen to the Ponds after next week’s “The Angels Take Manhattan”. 1)      I think next week, Amy and Rory will be both touched by the Angels, sending them back to before they met the doctor, and as the Doctor cannot cross his own time stream, I think this is why we will have no more Amy and Rory. I just can’t see Moffat Killing off characters that have shown so much growth. “The Power of Three” showed us that not only are Amy and Rory addicted to the Doctor, the Doctor is addicted to them as well. So my theory would be like “going cold turkey” off the Ponds for the Doctor. I do realize there are flaws in this theory. Help me flesh it out!

2)      The other reason I don’t believe they die, is how quickly the Doctor will find a new companion. Do you remember how much the loss of Rose, then what happened to Donna affected the Doctor? New face, same feelings. I can’t see him picking up a new companion at the Christmas special all willy-nilly.

3)      RIVER SONG!!!!! Yeah, we saw the preview River Song is back. Maybe someone might mention why she hasn’t been mentioned at all.

That’s all for now Whovians, I’m sure we will have a lot to talk about next week when ”The Angels Take Manhattan” 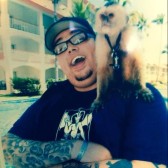 Born of a swarthy pirate man-father with a handle bar mustache and a Trinidadian mother, I come to TV Overmind to share my ridiculous thoughts and opinions with you, the masses. Dreams of one day becoming an actual henchman for a supervillain; one with good benefits though, and armor. I want body armor, dammit! I'm not flying around (fingers crossed) un protected just to be cannon fodder for the good guy. Also, becoming a full time writer / teacher / molder of minds - kinda like Tom Waits. I talk way too much, and write way to much, and sadly have horrible grammar. However, I am working on that. So please don't email me just to point out how poorly written something is. I'm a fat man, no one wants to see a fat man cry.