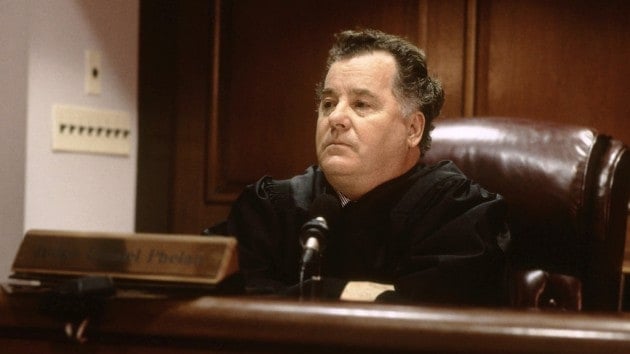 Over the course of the next few months, many of us at TVOvermind will be participating in our summer rewatch project and reviewing some of our favorite series of all-time that have left a major stamp on television and pop culture in general. One of the shows Hunter Bishop will be taking a look back at is “The Wire,” which ran from 2002 to 2008 on HBO.

I’ve wanted to be a TV writer since I was 18 years old. I’ve consumed all number of shows and interviews and writing tips, all done so that I could be as sharp as one can be when it came for me to write my own content. I feel like I know a lot about television history; for example, did you know that All In The Family was able to get away with some of the more progressive ideas that ran through it because it cared more about attracting a specific niche (in their case, educated [wealthy]) audience than by appealing to everyone, which is exactly what modern television tries to do?

If you did, you suck. Get your shoe off my moment; what the hell is wrong with you?

I bring this up to say that I have a good grasp on television as a whole. And yet, through all of that, I’ve never seen a single episode of maybe the greatest drama of them all, The Wire.

It’s almost embarrassing to admit (okay, it totally is). I know enough about the plot points and some of the themes to talk my way through a conversation, but I’ve never truly experienced the show for what it is. That all changed recently, when I watched the pilot episode, “The Target.”

For a much as I’ve heard about The Wire, I don’t know that much about how it works. All of the best TV shows have a unique fingerprint; they are constructed in such a way that stands out from their peers. This makes sense, of course. The best of anything always do. What I expected from The Wire was a character-heavy drama that really honed in specific themes to tell a story. I was expecting more Mad Men than Breaking Bad.

Ever since I’ve watched the episode, however, the thing that has been clinging to me like a screaming toddler is how well the story itself is put together. As a pilot, it’s essentially perfect in that way; everything that was presented to us was well-executed and well-grounded. Towards the end of the episode, Bubbles is talking to Detective Greggs, giving up information on the Barksdale family, as he stares at his beaten and comatose friend. This gives the cops an in on the Barksdale empire, no matter how small.

This sort of plot movement may seem like a no brainer to you; of course Bubbles knows Greggs, you might say. But too many shows don’t take the time to set things up in a good way. It’s very easy to get caught up in a pilot and really miss out on setting up future storylines.

Tension, so thick, it chokes. The Wire isn’t a show you would want to binge-watch; at least, I don’t. At no point do you feel a sense of joy, or happiness, or possibility. At any point, you feel something awful is going to happen. A big part of it is the way it subverts typical cop show tropes; the cops in The Wire are separated from the people they chase only by the virtue of a badge.

There’s a really fascinating scene near the beginning when McNulty goes to watch the trial of D’Angelo Barksdale. In the court room is Stringer Bell, and he’s there to intimidate witnesses. But it’s the relationship between Bell and McNulty that really grabbed me. McNulty knows who Bell is, and Bell knows who McNulty is, and there’s a moment when McNulty tries to peak at Bell’s legal pad, only to see the words “F**k You Detective” scrawled across it. But McNulty isn’t phased; he actually smiles, and seems to think it’s funny. After a witness recants on the stand, essentially ending the case against D’Angelo, McNulty walks over to the sitting Stringer Bell and congratulates him.

It got me thinking about McNulty, most of all. He seems to be the only cop who cares about the fact that Avon Barksdale has taken over part of Baltimore, and yet he doesn’t try to macho-man Bell in the courtroom. I turned that scene over and over in my mind, trying to figure out McNulty; trying to determination a explanation for both his casual behavior towards Bell and yet his inability to keep his mouth shut when the judge asks him why he was in the courtroom. The answer came from Game Of Thrones, of all places; it came from Tyrion, in the most recent episode, talking to Hizdahr about violence and cruelty being the grease on which the world turns:

“It’s easy to confuse what is with what ought to be, especially when ‘what is’ has worked out in your favor.”

I think it applies here, too. Every single person who is now forced to work on the Avon Barksdale case is angry with McNulty. He’s stirred up a hornet’s nest, one that buzzed amongst the disenfranchised African Americans and the poorest whites, and one that the cops had no intention of addressing until McNulty made them. The cops are benefitting from not actually stopping these crimes. They are safer doing those penny-ante pickups for drug possessions, because it keeps them out of harm’s way and the public sated. To actually go after Avon Barksdale, or to deal with the reason that so many people follow him, is too much work and too dangerous. “What is” has worked out for the cops and criminals. They’ve found a middle point that keeps them as far away from actual hard change as possible. However, it will destroy them, as surely as fire destroys a dry forest. Yes, more people will die now, and more people will get hurt now; but at the end of that painful tunnel is a much better world, in which we are all that much safer and happier and content. McNulty, I think, is straddling the two worlds. He can’t help himself. He wants the world to be better, really better, and yet he’s apologetic for brining up this mess in first place.

A man on the fence is a friend to none and an enemy to all, but a man with one foot in good and one foot in bad is better than standing with the indifferent. I don’t know if McNulty will always feel this hopeful, or act this idealistically, but he is now, for at least an episode. He seems to be the only one that cares, and it only takes one to light a match.