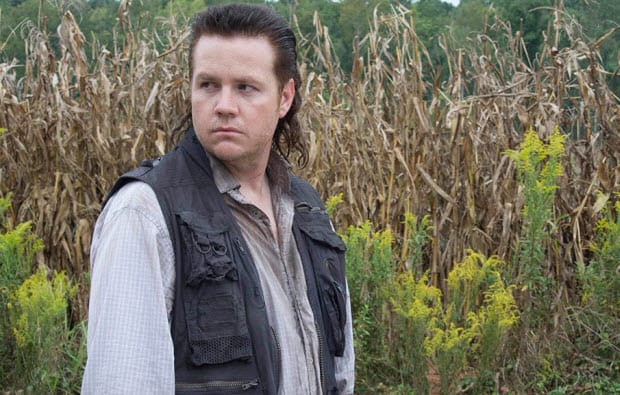 Although it doesn’t appear to be a lasting stylistic choice, the fractured nature of The Walking Dead‘s first three episodes of 2014 has certainly breathed some creative life into the show. Showrunner Scott Gimple is trying to do something very difficult: walk the tightrope of audience expectations (for a massive audience, let’s not forget) while addressing the obvious fundamental problems of the show. Some of these problems – like the repetitive character beats, or sexualized female characters – may never be fully solved, but the changes to the show’s core formula are already paying off dividends in “Claimed”, continuing to develop the character of Michonne and injecting some much needed, light-hearted personality into the proceedings with the introduction of Abraham and Eugene.

The real pleasure of “Claimed”, however, is watching Rick mini-Die Hard his way through the home they’ve been staying in after Jeff Kober (wonder what he’s doing here?) and his merry band of mostly-unseen rednecks decide to make it their own. Director Seith Mann digs into the claustrophobic tension of Sweaty Rick trying to escape with tons of close-up work, keeping most of the intruders faceless as he hides under the bed and tries to navigate his way out a second floor window. Largely free of dialogue, Rick’s sequence of scenes prove The Walking Dead can build tension without zombies (though it’s still plenty happy to do that, with Abraham and company dispatching a handful of undeads), especially after one of the rednecks kills another over nap time, while Rick can do nothing but watch and hope the man being strangled inches away from him never gets the breathe to scream.

It’s only when “Claimed” gets talkative that it runs into some trouble. While it’s fun as hell to watch Michonne and Carl hang out together, the scenes are overly dominated by Danai Gurira’s Michonne, a mature, layered performance of a woman still reconciling with herself over her dead family, who she talks about for the first time since “everything happened” with Carl. Unfortunately, Chandler Riggs (and the script) can’t quite keep up with Gurira, and the repetition of character beats from “After” dampen the playful, contemplative qualities that make the Michonne/Carl pairing so much fun. A bit of subtlety goes a long way, too: we don’t need to hear Carl ask if there’s a dead baby in the bedroom Michonne walks into, or have Michonne overtly explain how she’s quickly becoming a surrogate mother to Carl the lost soul (it feels like she says “you’re just like Andre” and similar phrases about a dozen times as they walk through the house).

Of course, a lot of the emotional material with Carl/Michonne in “Claimed” is a convenience of truth, which is really what sells their story short: we know that Judith is alive and well, which makes all their emoting on the situation (both spoken and silent) inherently less effective.  And given how the episode ends, it’s only a matter of time before they all end up at Terminus, telegraphing the plot’s resolution and revealing just how emotionally manipulative it is trying to be. As always, The Walking Dead still struggles with the long game, executing wonderful contained stories but struggling to maintain depth and suspense with overarching stories.

The same sentiment applies to Abraham, Glenn and company: Glenn’s search for Maggie is nothing but a tale of irrational love, the kind of romanticized narrative usually left to shows less nihilistic than The Walking Dead. Do we even think there’s going to be a debate whether Glenn is going to go to Washington or return to find Maggie? He’s obviously not going to listen to reason here: he’s in love, and must find his wife at all costs! Yes, I understand the sentiment: but at some point, there’s an abundance of logical arguments to prevent him from leaving – and not only does “Claimed” point these out with the characters surrounding him, but allow them to completely abandon their own beliefs in the face of Glenn’s dedication (and the creepy, smirking comments from Eugene about “we’ll find another way” to Washington, where Abraham’s convinced he has the “classified” answer to what caused the apocalypse).

“Claimed” is really a contrast between  The Walking Dead’s strengths and weaknesses. Where Rick’s contained adventure show how well the show works in a self-contained bubble, the larger emotional notes and narrative arcs building with Michonne/Carl and Glenn’s merry band of military followers reveal the show’s simplistic core. The Walking Dead‘s made staying alive a lot more interesting than actually being alive: and it’s when it stops to portray some short-lived semblance of normal life, the cracks begin to show.

– Rosita’s character has only said about ten words, but the camera’s spent plenty of time staring at her and reducing her to a sexualized minority. Not only is her outfit off-putting (some things should just be left in the comic books; her look doesn’t translate well to the screen), but the way the camera leers on her figure as she picks up Glenn’s photo is downright creepy.

– Considering Michonne probably had to kill her husband and son, her discovery of the murder-suicide in the bedroom-within-a-playroom works much better than previous attempts to at portraying the horror of families and individuals taking the “easy way out”. 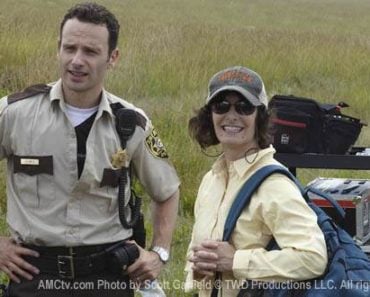 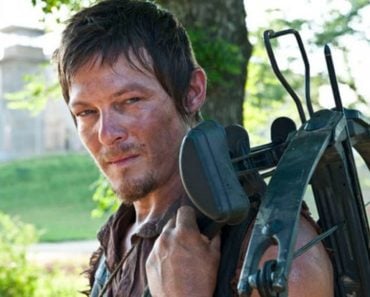 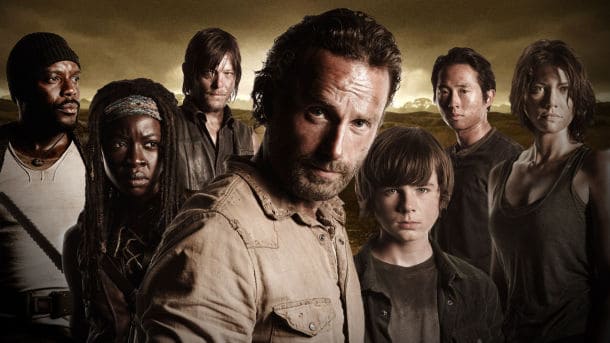 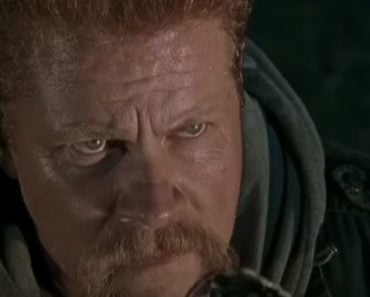