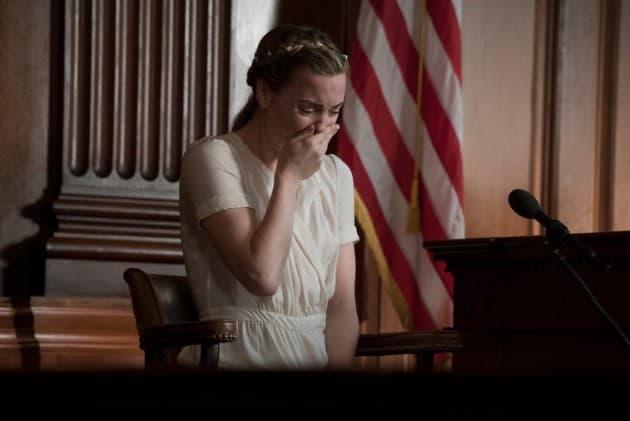 The penultimate episode of The Slap centers on Rosie, who, without a doubt, has been one of the most controversial characters of the series. Melissa George shines in every single frame, while the audience gets a glimpse of her character’s point of view, which, unfortunately, does not cover as much as expected.

At the start of the installment, a flashback makes the viewers privy to how Hugo’s parents met at one of Gary’s art shows. The scene, aside from illustrating that Rosie has altered the way she dresses, from more polished and serious to minimalistic free-spirited, does not offer much information. There is nothing particularly telling or engaging, therefore it feels like a filler narrative chunk that does little go reinforce the plot. Both George and Sadoski do a good job; however, it feels criminal not to employ the actors in a more functional way that could and should also showcase their skills.

As the episode progresses, Hugo’s first day of school presents a plethora of intricacies. First off, Rosie is nervous that her son is not ready to join the social and educational world after Slapgate. Additionally, the child throws an epic temper tantrum, and his parents are, as a result, called by the principal. When Rosie hears that her boy has been in a time out, she gets anxious and defensive, which prompts her to allude to the slap as an explanation for Hugo’s behavior. In normal circumstances, there would be nothing wrong with the mother’s demeanor; the issue at hand is that she sounds like a lunatic while trying to expose her arguments. Ultimately, the principal politely lets Gary and Rosie know that there is a high probability that Hugo is not made to go to that school. Rosie agrees, based on her disapproval of how the institution tried to disciplined the boy; however, Gary is slowly digesting the fact that his wife might be impairing Hugo.

On their way out, the parents are metaphorically slapped by their little angel, as he refers to Harry as “the funny man.” That element might very well be one of the best of the episode. Yes, it is very heavy-handed and comes from nowhere. Still, though, Hugo is a child; it is in character for him to be random. Most importantly, Hugo has moved on. He associates the man who hit him with fun, not with fear. Go Hugo!

Faced by the fact that Harry’s defense, in part, hinges on smearing Rosie and Gary, and confronted by the DA, who informs her that information about her leaving Hugo alone and driving to Montauk, as a result to the postpartum she suffers, Rosie decides to pay a visit to “the funny man,” who, in turn, is shocked to see her. Rosie tries to convince Harry to plead no contest and promises to drop the suit if he agrees. She also acknowledges that the situation has gotten out of control. In a very composed manner, Harry acts like a gentleman and clarifies that she is too late. He needs to clear his name.

The interaction between Harry and Rosie is one of the most tense, and strongest scenes of the show. Both characters have a genuine concern and act towards their individual priorities, which, at this point don’t completely align. I would like to highlight that the acting was superb. Calmed Rosie and empathetic Harry are the best versions of them we have seen.

Rosie’s visit to Harry, aside from being in vain, gets her in hot water with her husband, who is understandably upset that she has, once again, left him out of a vital decision. The confrontation escalates fast and the couple end up gutting one another. There is a lot of guilt, recriminations, and anger that is shattering the marriage to the core. Because there is no better plan than running away after a fight, and fooling around with strangers, Gary chooses to go down that path while his wife stays at home. This not only clarifies that, over the top as she is, the woman is present while her partner sometimes behaves like a coward. However, after his infidelity, Gary feels so guilty that he decides to go to court, albeit late.

When Rosie takes the stand and is questioned by the DA, she excels at explaining her worries towards her son’s emotional scars. She is not near as over the top as she has been throughout the series’ run. In fact, she is very poignant. The performance and the delivery is heartfelt. Since the concerns of a loving mother can never be underestimated and she made a good witness,  Harry’s lawyer decides that he has to go for the jugular. He goes at her with ferocity, depicts her as neglectful for breastfeeding Hugo after drinking, brings up the incident where she left her son alone, and so on. All in all, he severely questions Gary and Rosie’s abilities as guardians, while using the “immigrant card” to vindicate Harry. It’s all very dirty and heartbreaking at the same time. More importantly, it made for a perfect climax.

Unable to help in any way, shape or form, and after seeing his wife being torn, Gary finds the courage to take action, and against his initial stand to keep Richie out of the court proceedings, he seemingly tells the D.A. about the pictures. What he doesn’t know is that the teenager has deleted the incriminatory images.

All in all, the episode worked well and was engaging. The problem is, much like what happened to Gary, it is extremely late in the game to fix the many issues The Slap has had so far. That said, “Rosie” is easily the second best episode of the series.

– Thanassis humiliating Rosie was a perfectly engineered scene and narrative device. Michael Nouri, as usual, is a delight to watch.

– The ensemble as a whole delivered. From exchanged looks in the courtroom to big moments. such as Rosie and Hector’s encounter, they were all carefully crafted. 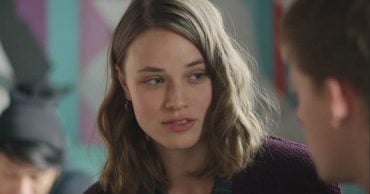 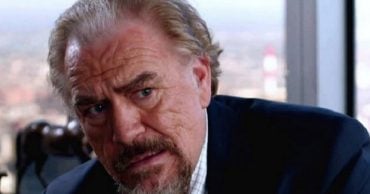 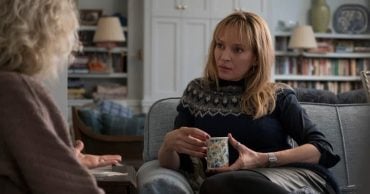 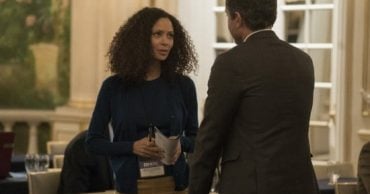 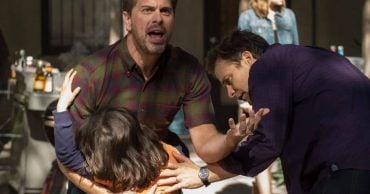 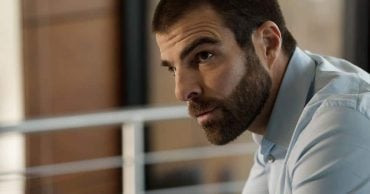