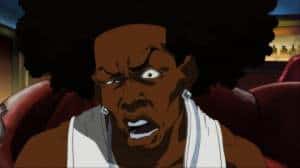 First and foremost, I am not a B-boy or deeply enthralled with the rap game, but it doesn’t take someone with a self proclaimed degree in Rapology or Hip-Hopenomics to know that the state of both genres of music has been in a sad state as of late. Tonight’s episode of The Boondocks tackled this somber fact by firing all cylinders to what I came up to have been three different aspects of the current state of hip-hop and rap music: The Fads (Souljah Boy = Sgt. Gutta), The Veterans (‘Place a Veteran Rapper Here’ = Thugnificent), and The Attempted ‘Comeback’. I list these aspects in an order that can be seen as a “rapper’s life cycle” of sorts, because while “Sgt. Gudda” might be on top now, he is destined to become either irrelevant (a Fad) or a “Thugnificent”, and if he’s lucky to stay in the game that long, then he will enter a rapper’s retirement home in the guise of a reality TV show or comeback tour. It is as inevitable as the life cycle of cockroach…

But in general, all three phases were ridiculed and didn’t really get any type of leeway in the ribbing they got by McGruder and crew. You have the young rappers who created a silly song with a dance that sweeps the nation, forgetting that other dances like “The Running Man” and “The Tootsie Roll” were just as dated when they quickly appeared on the scene in their day. In other words, they will be played out and replaced by a new dance phase in no time. Then you have your seasoned rapper, who resorts to stunts such as “auto-tune” or creating rap battles and beefs to sell records; not knowing when to throw in the towel or step their game up. And finally, the comeback attempts, which in this generation has evolved into the reality show genre that people have The Surreal Life, The Osbournes, and Flavor of Love to blame for the current saturation of rappers and R&B artists lives being splattered all over TV. The sad thing is that no one does, or attempts to make, a comeback album anymore (well, Whitney Houston did, but…). They only flock to VH1, MTV or BET to retain some relevance, when the truth of the matter is that most of America has moved on and could care less what ‘Lil Mane Mane did this week that got his rapper father upset. It’s also painful to see these top acts practically grovel for attention, which brings me to ask question if they would rather be remembered as a star who gracefully faded away or a fool by embarrassing themselves and family to maintain some sort of stardom? In my opinion, Thugnificent did the latter (to an extent) by trying to create his own reality show in the end of the episode. He threw the towel in, but he kept a hold of it just in case fame grabbed the other end of it and tugged him back into the spotlight. At least he got a job in the meantime.

Another aspect that the episode touched on was the excess that rappers live in today. I remember seeing interviews with N.W.A. as a kid and them driving around South Central L.A. and not the Beverly Hills area. They didn’t surround themselves with swag or excess luxury that dominated their talents, or at least I don’t remember them doing so. Most rappers today rely on their image more than they do their actual talent, which is the state the “Sgt. Gutta” is in now. A product of record companies, “Sgt. Gutta’s” music will finally grow out of style, like the pants that are half an inch from the ground. Teen girls will soon grow up and they will (hopefully) become wiser and leave childish things behind. As for the “Thugnificents” they need to just to take a page out of Jay-Z or OutKast’s book and reinvent themselves, but stay true to their image and, most importantly, their talent at the same time.

McGruder also knows how to intertwine real events with satire, but doesn’t try to mask who the hell he is talking about, which is genius to an extent. The scene with “Sgt. Gutta vs. Thugnificent” was almost a word for word reenactment of the infamous Ice-T vs. Soulja Boi exchange that appeared on YouTube in 2008. Here’s a clip of that beef:

Also, Thugnificent’s rant about the sales of his CDs can mirror the Chris Brown Twitter meltdown that he had over the sales of his CDs after the Rihanna incident. The parallels are blatant and I wonder if the rappers who McGruder satired will stop and take a look at themselves and make a change, or will they continue to make constant asses of themselves?

One last thing I would like to mention is the whole drug dealing aspect of the episode. This can represent that dark period between the Veteran and The Comeback phases. You got to hit low before you rise again it seems, because most of the recent entertainers, who are now reality stars, went rock bottom before they signed their name for cameras to follow their every move. The dark periods can be band break-ups, drug abuse, alcohol abuse, etc, but those dark periods serve as great springboards for a comeback tour or the latest show on VH1’s Celebriality lineup.

So another fine episode of The Boondocks tonight that hopefully opened the eyes of not only the audience, but the rappers that the episode targeted for satire, as well.

What did you guys think? Was this another look into the complex, contradictory life of African-American society? Or was it a complete miss? Did you learn anything? 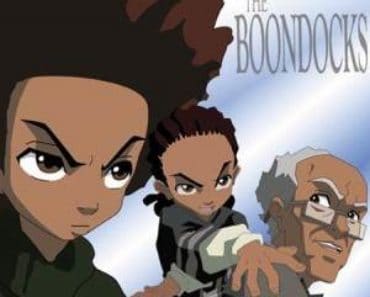 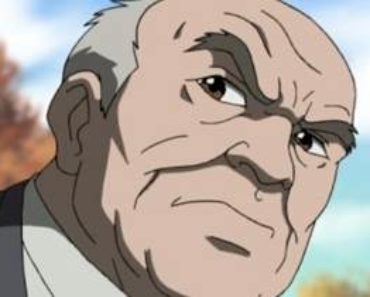 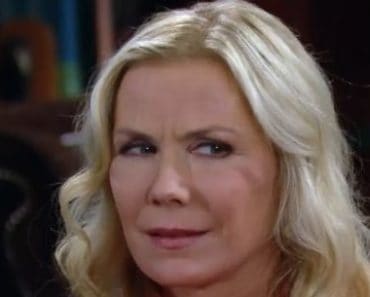