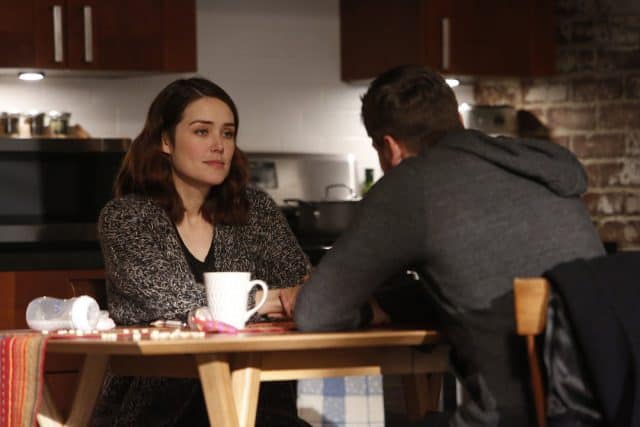 I have to give The Blacklist credit where it’s due. Season 4 has been a bit of a mixed bag thus far, so when “Natalie Luca” started off strangely I had written it off. However, as it began to unfold I found very little wrong with the episode. Tom was well used, they explored members of the task force farther than warm bodies pointing guns, and Reddington’s predicament is a solid foundation with which to build the serialized story.

This week on The Blacklist: Reddington seeks the help of the task force to assist him with a personal matter, but Harold refuses to help. Without the task force available, Red hires Tom Keen to play a role in righting the ship. The task force, meanwhile, seeks a woman who is immune to, but carries a deadly disease and can kill someone just by touching them. Samar discovers there is a wage gap between she and Aram and tries to rectify it.

On it’s surface, it doesn’t sound like much, but that’s probably the best part about The Blacklist as a series. It’s disguised as a procedural, but has deepening relationships with several characters and an oft-unmatched level of nuance to the story. First off, the Tom story was welcome because it got him out of the stay-at-home-dad he’s been playing for a bit now and put him back into action. It gave new meaning to the spin-off, as it reminds us all how capable an operative Tom is, and how interesting he has the potential to be.

They’re finally beginning to redeem the Aram/Samar relationship, which is something special. Perhaps I believe that because I long for any stories with meat that don’t involve Red, Liz, or Tom. What started out as a little bit preachy on the gender pay gap turned into a sweet story about Aram’s still-burning torch for Samar, and her cold heart melting toward him. It started out preachy, but it told the story well and it served as a reminder that not all men are aware of contrasting financial situations in the workplace.

Finally, the Red story has the potential to carry the show for awhile. I was worried for awhile that The Blacklist would not be able to top the intrigue over Liz’s parentage and that a new serialized mystery would fall flat. So far, however, the undermining of Reddington’s operation seems to be doing the trick. We’ve now been given a name, but there is still a why and how connected to this mystery.

Just when I was about to give up, The Blacklist managed to keep my interest and raise it a level or two. Let’s see what happens next, but there’s plenty of potential here.

Someone is trying to undermine Red’s operation, so he enlists Tom to help him find out who on this week’s strong episode of The Blacklist.