Home
Entertainment
Should Zombieland 3 Happen, or is it Time to Let it Go? 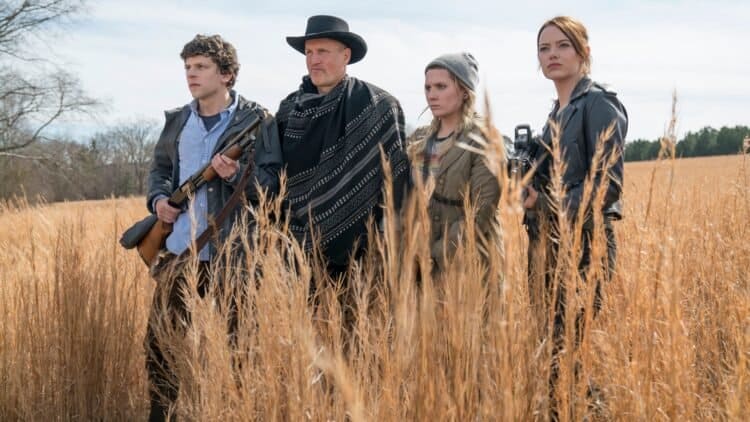 Given how much time passed between the first and second Zombieland movies, it might be time to admit that it’s better to let this idea go rather than drag it out for a while only to bring back another movie that’s going to possibly deal with the prospect of raising kids in the ruins of civilization. That might not be such a big deal since it would create a unique challenge that has been seen before and isn’t insurmountable. But waiting that long for another movie that might be the same thing with a few added differences tacked on no longer feels like it would be worth it unless the story was bound to change and evolve in a way that would make sense for the world in which Zombieland exists. It’s possible to be fair, but it’s also a story that needs to be given the kind of attention that’s required to maintain the forward progress that was made in the second movie. It does stand to reason that a lot of people are going to want this movie to be made since the first two were insanely funny and did manage to tell a story that was cohesive enough to be entertaining.

But after so much time has passed, it feels as though the chance to continue the story might have become less than desirable since, at some point, one should be thinking that leaving things as they are would be best and that continuing forward would simply drag things out in a way that’s not bound to do the story any justice. There might indeed be a few threads to follow to come up with another movie, and the last one came out in 2019, so it hasn’t been all that long. But if the plan is to wait until a decade has passed then it might end up being too late. There’s no telling if the actors will want to come back at that point, nor is there any idea on how to update the zombies yet again.

Thinking that the people in charge will find a way isn’t too hard, but one has to wonder if this is something that might be better left as it was when the second movie ended, with the family unit back together and on the road toward another possible adventure. There was no way to know where they were going to end up, or what they were going to do next, but there were plenty of good guesses as to why they might do and where the story might take them. Sometimes the best idea for a story is to let it sit and perhaps even forego the idea of a continuation since the tale has reached a pleasing terminus that leads to several possibilities that don’t need to be fleshed out. A lot of fans don’t tend to agree with this answer unfortunately since the thought is that there are simply too many ways to take a story to just leave it alone. The drawback of continuing a story for more than a couple of movies though is that the idea can fade and become worn out in a big way as the idea continues to change.

Let’s put it this way, Zombieland was fun when it first came out since it wasn’t something that tried to re-invent the wheel. It was a zombie movie that didn’t give a decisive reason for the outbreak but forced people to keep up with the frantic pace that was set, even when it slowed down just a bit. It was like other zombie movies in several ways, but unlike them in others, which is what tends to make any movie worth watching since taking elements from other ideas and using them in new and exciting ways isn’t the worst thing in the world, but there are times when it needs to be monitored closely. Then there are times when a movie manages to make its point and needs to be left alone rather than rolled out time and again to satisfy the audience that continues to demand more. Allowing a story to run its course and remain entertaining without knowing what comes next isn’t always that satisfying to a lot of people since people want to know what happens to their favorite characters.

One could ask a Harry Potter or Game of Thrones fan all about that since fanfiction has become such a big deal over the years that it’s a wonder that major movie studios haven’t picked up an idea or two to placate the fans. That’s not the best idea to be fair, but it’s something that tends to be done at times just to make certain that fans will stick around for a while longer. At the end of the day though, it feels as though Zombieland should think about coming back sooner rather than later, or just call it a day.