Home
Television
Game of Thrones
Seriously? Jon Snow is Getting a Spinoff? 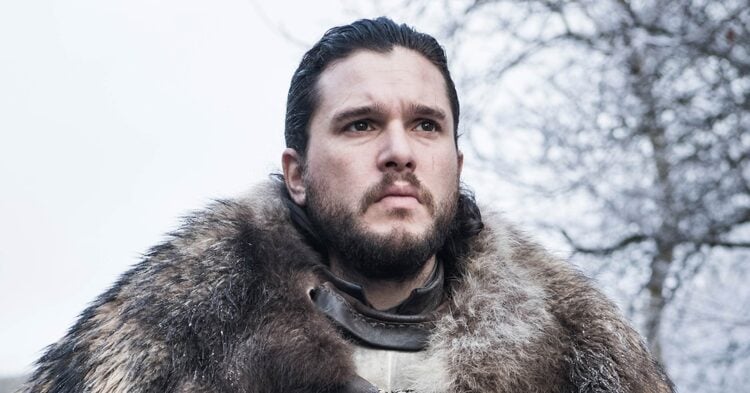 It’s tough to imagine that Jon Snow is getting a spinoff and so many others characters aren’t, but that appears to be the case. Perhaps we should back up and say that this isn’t the worst-case scenario, since there are likely worse stories to explore. But the truth is that some of us were hoping to see others, namely Arya Stark, push forward on their own journey to see the far-off lands that they had yet to explore. But it’s already been established that Maisie Williams might be more than ready to lay the character of Arya aside, and it’s not certain how many from Game of Thrones might willingly return for a look into their own characters. But Jon Snow isn’t the worst character, no matter what some folks might say. It’s true, his story arc did consist of him being the most noble and upstanding individual, even to his detriment. While some folks, including myself, might say that this makes him kind of a boring character, it did make him far better than most of those in this story, since he stuck to his word more often than any person.

It can’t be said that he was better off for it though since Jon went through hell along with many others when he decided to be the type of guy that could stand on his own two feet and be as honest as possible. There weren’t a lot of moments when Snow was able to really claim victory without a good deal of help, or without suffering for what he’d done and said first. His honesty was one of his biggest downfalls, and yet some would say that he managed to keep his sense of pride and his own sense of self for it. I mean, that’s true and all, but the guy went through all kinds of hell to prove that he was a man of his word.

There are no other details other than what people already know at this time since by the end of season 8, which a lot of people are still hesitant to speak of, Jon was back with the Night’s Watch after killing Daenerys Targaryen, his queen, consort, and technically his aunt. Yes, as many will remember, GoT was heavy with incestuous relationships, largely due to the fact that not everyone knew who was family and who wasn’t. Well, save for the Lannisters, but we won’t go there at the moment. But as far as anyone knows, Jon went back to the Night’s Watch, and without any obvious threat to the Wall, it’s fair to say that his place will be to foster a sense of goodwill between the remaining Wildlings and the Night’s Watch once again if such a peace can be had. At this time it does feel as though such a thing would be wise, just in case, there do happen to be any other threats beyond the Wall that need to be considered and possibly neutralized. It does feel that the Night King and his forces were defeated a little too easily to think that he might be the only big bad lurking within the frozen wastes. But then again, season 8 felt so rushed that it could be that the creators were just trying to get things wrapped up.

What Jon and the Wildlings could find in the wastes this time around is kind of up to those that are going to be writing the script, since depending on George Martin would no doubt require another few years to make things happen. Call it unfair to rag on the author in such a manner, but the fact is that Winds of Winter is still not out, and it’s rumored that it will be the fall of 2023 before anyone gets to see it on the shelves. Expecting much from Martin at this point doesn’t inspire a lot of confidence unless it’s an interview or a conference that he has to attend. But getting back to the subject, the idea of seeing a Jon Snow spinoff within the next year might be worth considering as a plus since it does mean that GoT would be continuing in some way, and might actually find a way to redeem itself in the eyes of a lot of fans.

Some folks might be too far gone after season 8, even after a couple of years have passed. But it’s fair to say that some fans are going to perk up and become a little bit excited when it comes to thinking about what Jon Snow might get up to while back on the Night’s Watch. After everything that’s happened, he still has his life, his command, and he has Ghost, who survived the ordeals that befell the lot of them and reshaped Westeros in a big way. But what could be waiting beyond the Wall? That’s what a lot of people will hopefully be thinking about.