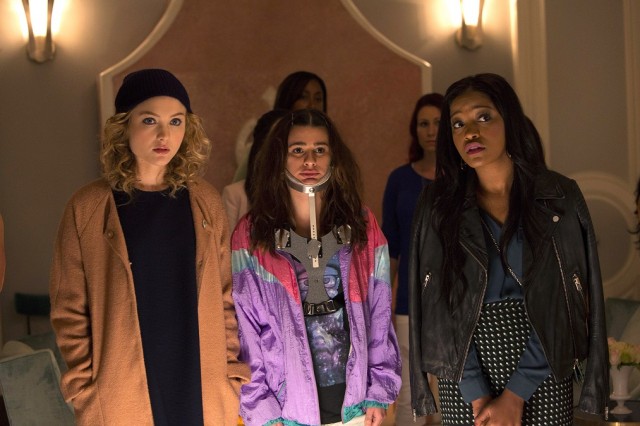 Last week, FOX finally debuted its most heavily-promoted new series (possibly ever), Scream Queens. Whereas most new shows don’t begin promotion until network upfronts in May, FOX began promoting Scream Queens all the way back in February, the earliest start date for a new ad campaign in a very long time. For months, hype for Scream Queens rose, especially among the 18-34 demographic that the show is primarily targeting (a small change from the usual 18-49 target demographic, but that’s a topic for another time). While overnights for the two-hour series premiere were probably not quite as high as post-Empire FOX executives would have preferred, the series still had a strong viewership, especially when you consider the competition the show faced (competition which, I should point out, won’t get any easier moving forward).

I think that it’s pretty hard to argue against the high production value of Scream Queens, and it was clear to me that the cast and crew are having an absolute blast actually making the show. There was considerable polarization, primarily among critics, over the heavy focus Scream Queens has on stereotyping and prejudice. This concern was certainly present among the reactions of other viewers, but it felt like many analysts in particular felt that the show’s premiere was needlessly spiteful. While it’s true that there was plenty of harsh language present and that racial and gender prejudice is used so considerably that you could almost consider prejudice to be its own character, I think that it’s an unfair judgement to say that the show plays into prejudice for cheap laughs, as many have argued.

The initial backlash by some to the new horror-comedy can primarily be blamed on two things: the nature of serialized network television and the role of television in modern culture. 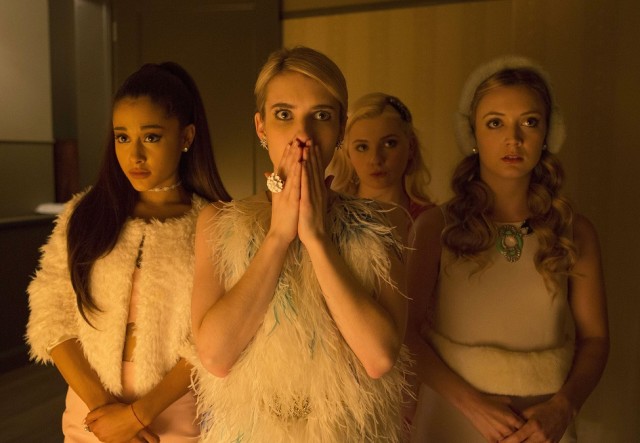 For better or for worse, network television, when it’s new, is impossible to binge in 2015. Whether you consider it a flaw or a method of standing out in the changing media landscape, network television (with a few exceptions, such as the first season of Aquarius on NBC) continues to stick to a weekly schedule, as it has since the very beginning. The reason the viewing experience changes, though, is that more and more shows in the past couple of decades have broken from that procedural/standalone episode format that has always been present. There are still many, many shows that operate in that way, but it’s become so much harder to tune into a single episode of a show that you’ve never seen during the middle of its run and be able to follow it almost completely without missing many story beats. Even though it started well beforehand, the advent of scripted cable programming of the caliber we get today has invited the broadcast networks to make their originals more and more serialized. If average viewership is declining anyway, why not try it?

The problem is that not all viewers have adapted to this structure of storytelling and are still clinging to the “drop in, drop out” nature of yesteryear. Viewers still tune in for just a single part of a whole and make value and morality judgments based on a fractional account. Possibly even worse, though, is the judgment of value based on a pilot of a series. I think that every critic would agree that a series pilot tends to be among the weakest episodes in the full run of a series, and it often takes multiple episodes for writers and creators to really find the voice that they’re going for. Even if the initial perceived message is the one that writers are trying to say, context is often necessary for true understanding. Streaming services like Netflix have almost completely changed the mindset of audiences (particularly millennials) to where binge-watching is the preferred method of viewership. Serialized television is the perfect format for binge-viewership, and it’s become so common that many creators have begun to worry more about the sum of the parts than the individual parts themselves. We can’t be so quick to judge a moral message without first seeing a progression of ideas. 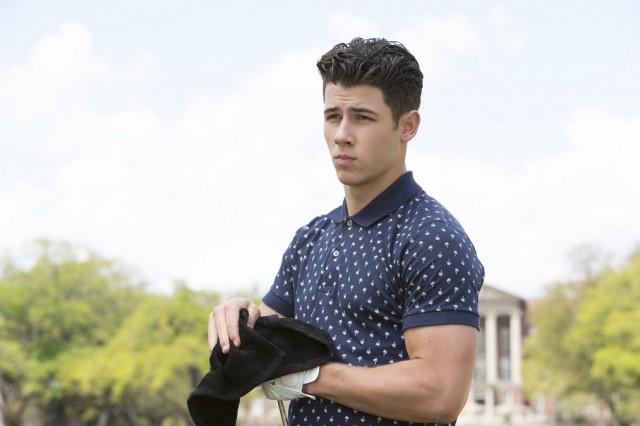 I truly don’t agree that the premiere of Scream Queens used prejudice for simply cheap laughs, and I think that the overarching social commentary that the show presents will become clearer and clearer as the series continues. One simply has to look at the past works from Ryan Murphy (especially the spiritual cousin of Scream Queens, American Horror Story) to see that social themes are as important to his series as anything else (infidelity, mental health, and, yes, prejudice, have all played huge parts in seasons of AHS, among other themes). But before allowing oneself to be offended by television content, strong consideration should be given to the role television has in our modern culture.

No matter your political persuasion, I think we can all agree that political correctness has cast a net over society, and people are always worrying these days about what they say and how they say it. The thing that makes television, as a medium, so great is that it can and should be used in such a way that it casts light on both the best and the worst of society. I alluded to it in my recent article on why we need horror in television, but television has the somewhat unique capability of helping us see our flaws and missteps in a way that doesn’t negatively affect the world. It’s only by recognizing and acknowledging our negatives that we can change. It’s true that Scream Queens uses our negatives in a comedic way, but that’s more the nature of horror-comedy as a whole than television itself. Certainly, many of the criticisms of the actual content of Scream Queens should be more of a value judgement on the genre than on the show.

Scream Queens isn’t perfect, and the show’s flaws should certainly be addressed, but we that show criticism should first attempt to understand more aspects of a medium before simply throwing judgement around all willy-nilly. Let’s all try to be a higher class of audience, and let’s start to target criticism where it should go instead of just wherever we see a misunderstanding. 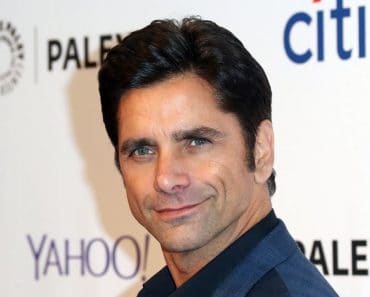