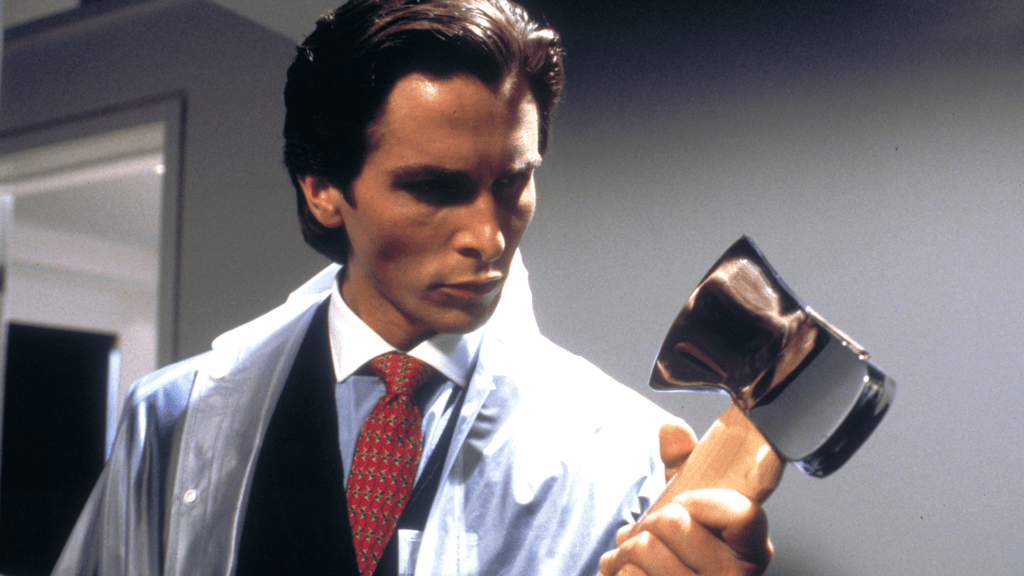 So Halloween has come and gone as I’m writing this (at 12:01 AM on November 1st) and some naysayers out there would say that that’s it.  The holiday’s over.  Time to pack it up and bring out the turkeys (or, depending on the person, Santas).  My 31 days are up.  And to those people I say, “too bad.”  Halloween’s over when I say it’s over, and there’s plenty more horror movies where this came from.

Looking at the kinds of movies that people tend to wax fondly over, the early 2000s really get a bad rep, even from genre afficionados that genuinely love what horror has to offer.  And, to be fair, it makes sense why that is.  The 90’s were a notable low-point for the genre and things wouldn’t pick back up again in America until the start of the 2010s.  While the 2000s did indeed have a lot of fun and fascinating horror movies (a lot of which we’ve already covered here), most of them came from abroad.  You had J-Horror in Japan, New French Extremity in France and Ozploitation in Australia… but American filmmakers were locked in a cycle of diminishing returns with remakes of classic 1970s and 80s horror movies or hurriedly cashing in on the foreign movies that were coming out around the same time.  And while I do genuinely love movies like Dawn of the Dead (2004), The Hills Have Eyes (2006) and A Nightmare on Elm Street (2010), being into horror movies at this period of time was a lot like reheating leftovers for every meal.  Regardless of how good of leftovers they are, you eventually want something served fresh. 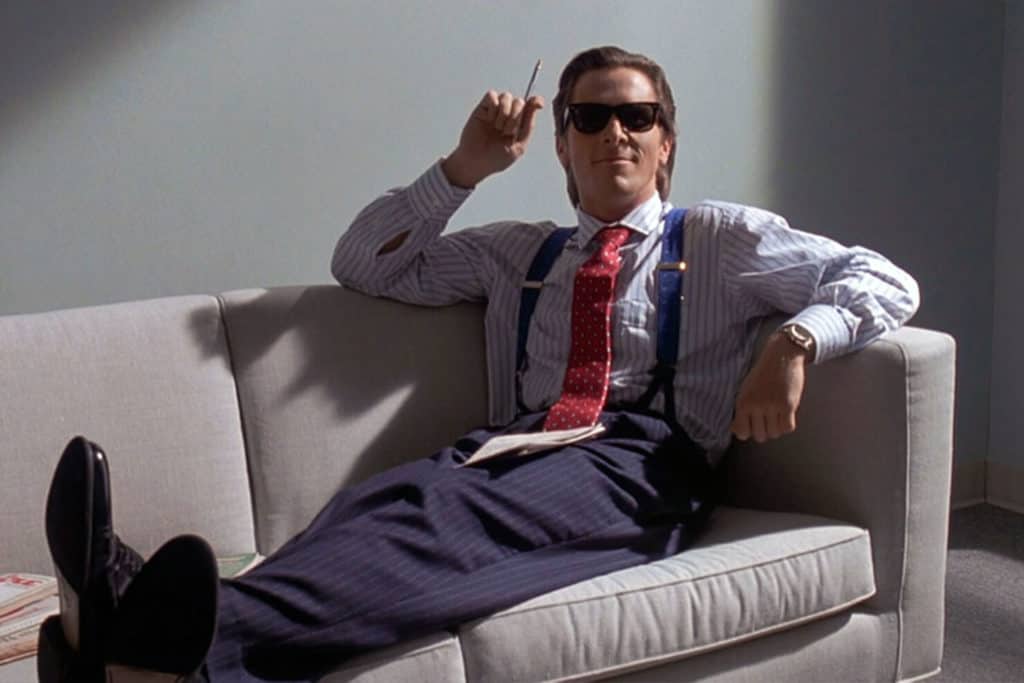 Thankfully, those who knew where to look for them can find just about anything they set their minds to.  And although this was hardly a peak period for horror movies, there are plenty worthwhile entries to enjoy if you’re willing to do the legwork.  Such is the case with today’s movie, the Christian Bale-fronted adaptation of Bret Easton Elliot’s contentious novel American Psycho.

In the late 1980s, New York investment banker Patrick Bateman (Christian Bale) lives the good life in the upper social circles of the city.  He has a good-paying job, is engaged to a beautiful woman (Reese Witherspoon) and is pretty much free to do whatever he wants in his spare time.  Unfortunately for the rest of the world, for him this means picking up, killing and dismembering many of the fine denizens of New York City.  When a steely-eyed investigator (Willem Defoe) starts looking into his latest victim, Bateman’s life spirals increasingly out of control, causing him to lash out against the people caught in his sphere in increasingly violent and deranged ways.

In the near-decade between the release of Eastman’s book and Harron’s film, the project had bee looked at, disparaged and turned down by most of the key players of turn-of-the-millennium Hollywood.  Talks with Stuart Gordon broke down shortly after producer Edward Pressman acquired the film rights to the book, with David Cronenberg, Danny Boyle and even Martin Scorsese passing on the project before producers settled on Mary Harron; even then, however, she was at one point replaced with Oliver Stone when Lionsgate came on as the film’s distributor.  Johnny Depp was originally lined up to play the role of Patrick Bateman, and everybody from Edward Norton to Leonardo DiCaprio to Ewen McGregor took turns snubbing their noses at it.  At one point all of the satirical elements were supposed to have been taken out in their entirety, leading me to wonder what the appeal of the resulting film could have possibly been.  Commonly cited today as misogynistic drivel (and inspiring death threats towards its author and widespread protests upon its release), the novel quickly gained the reputation of being completely unadaptable to the screen.  The production, in short, was nothing short of a dumpster fire, and the fact that anything worthwhile ever came of it – let alone the sharp-edged, bitingly satirical masterpiece we ended up getting – is an absolute miracle.

Acting as the bastard child of Oliver Stone’s Wall Street (1987) and John Carpenter’s They Live (1988), American Psycho would have doubtlessly failed if not for its woman’s touch.  Admittedly done as damage control insulate the movie from the accusations of misogyny that plagued the novel’s release, Mary Harron was doubtless the ideal choice to take the reins on the adaptation.  Redirecting the narrative ire against Bateman himself, and playing up his own treatment and hatred of women to farcical levels of exaggeration, the resulting film was a deft takedown of the kinds of misogyny that the book (knowingly or not) perpetrated in the popular consciousness.  Like Paul Verhoeven’s Starship Troopers (1997), Harron transformed the movie into a brutal takedown of the original novel’s own fanbase, and openly condemned even those who liked the film at face value. 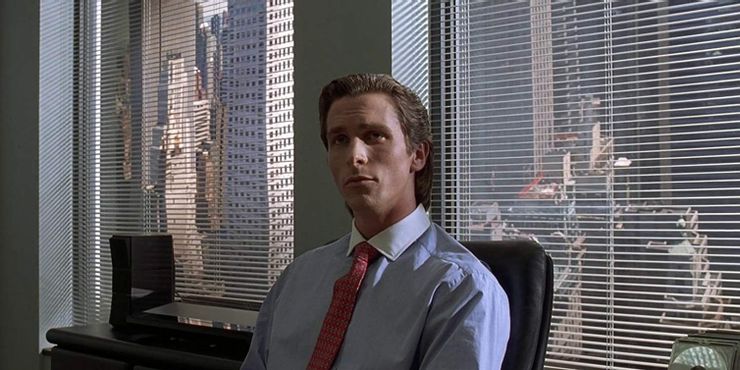 It’s an impossible trick to pull off, but pull it off Harron did: an adaptation, through delicate use of tone, framing and point-of-view, offering a meta-critique of its own place within the larger popular culture and deftly deflating the original work.  And, even more impressively, it does so while also pulling double duty as both a straight-forward slasher and an introspective psychological horror.  In fact, there’s actually something of Perfect Blue (1997) or High Tension (2003) about this film, which hinges on a twist so deranged and upending that there’s no reason why it should ever work at all, let alone as perfectly as it does in the context of Harron’s film.

By any definition, though, American Psycho is certainly a lot of movie: full of innumerable contradictions and incongruities.  It is a brutal condemnation of misogyny while also rampantly possessed of its protagonist’s deranged outlook.  It is a savage take-down of the very people who show up in droves, year after year, to watch it again and again.  It is a skewering sendup of the very horror subgenres it fits perfectly into, in effect both mocking and paying homage to these same traditions of horror.  By no account should this movie have worked in any form, and yet it stands testament to the power of a director’s guiding vision, even when it runs counter to the very text she seeks to adapt in the first place. 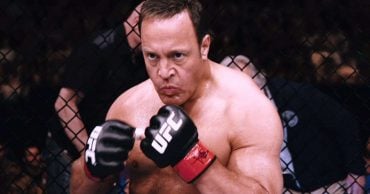 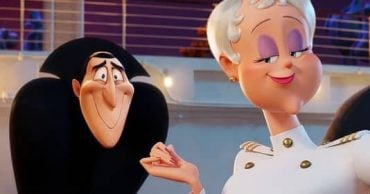 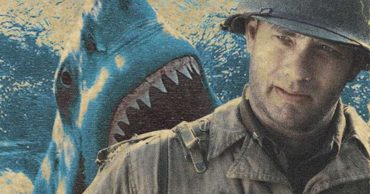 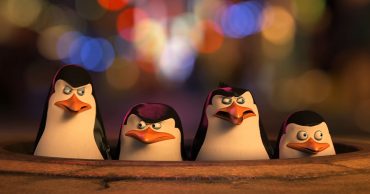 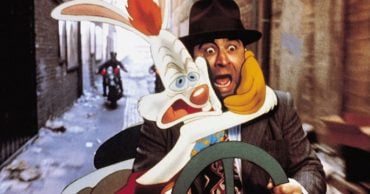 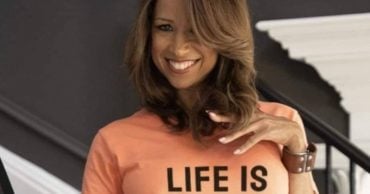