Home
Movies
Quarantine and Chill: 5 Must-Stream Movies to Watch on Netflix in March 2020 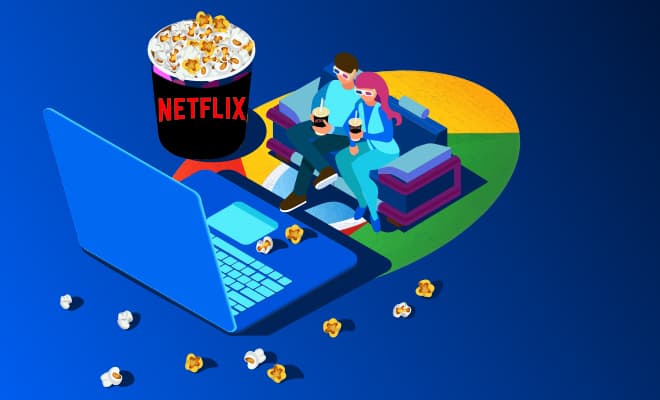 So the last two weeks have been a Hell of a year, haven’t they?  Movies have been pushed back, many indefinitely, as a deadly global pandemic ravages the planet.  The theaters all shut down and probably aren’t going to reopen again until at least the middle of the Summer (and even then, who’s going to want to risk buying tickets when people will still be dying of the Coronavirus).  People have lost their jobs, lost their lives, and are increasingly shuttered up in their homes for the foreseeable future.

We are, I fear, abandoned.

And yet life can, and must go on.  We might not be able to go out to the movies anymore, but we can certainly stay in and amuse ourselves until the good doctors on the front lines of this plague give us the go-ahead to go outside again.  Lacking their usual channels of theatrical distribution, many film studios are electing to rent out their new movies through digital streaming services (and their comparatively expensive rate of $20 is still a lot cheaper than going to the theater for most families, to say nothing of infinitely more convenient).  The glut of streaming services like Netflix, Amazon Prime, Hulu, Disney+, the Criterion Channel, Shudder and more is finally paying off too, giving audiences more to binge while they’re home all day, every day until the end of days.  And with no more movies coming out in the usual sense, I’m devoting my time and attention to ensuring that you, dear readers, are as prepared to navigate the tumultuous waters of TV and movie streaming as possible, whether it’s through subscription services, VOD rentals or however else you’re able to get more movies into your life in these dark days.

Once Upon a Time in the West (1968) — While it’s true that, like most other movie streaming services, Netflix faces a real dearth of older, classic movies, I never feel like the company gets as much credit as they should for having the variety of movies that they actually do.  There are plenty of gems buried under the deluge of newer and more questionable original content, if only you know where to look.  Case in point is A Fistful of Dollars (1964), For a Few Dollars More (1965) and The Good, the Bad and the Ugly (1966) director Sergio Leone’s other classic entry into the rough-and-tumble world of Spaghetti Westerns.  In what is quite possibly his most polished piece of Western filmmaking, Leone recounts the tale of an embattled widow who enlists the help of a pair of mysterious gunslingers in order to protect her life and her land. 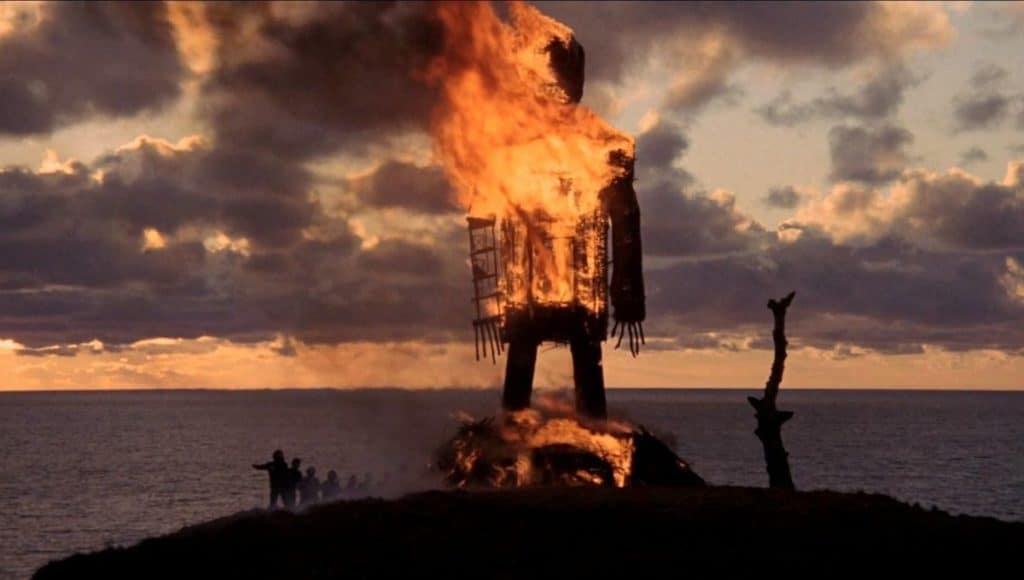 The Wicker Man (1973) — I don’t think that I will ever quite get over the passing of the resplendent Christopher Lee (perhaps best known for playing the classic Hammer Horror monsters and Sarumon in Peter Jackson’s turn of the century Lord of the Rings adaptations).  He was such a singularly talented and deeply menacing screen presence, the like of which we hadn’t seen since the likes of Boris Karloff and certainly haven’t seen since.  And although there are so many great movies and performances to sift through in honor of his memory, one of my favorites has always been his comparatively controlled turn as Lord Summerisle in this cultish horror film that very much paved the way for more modern films like last year’s Midsommar (2019).  Quietly powerful and acutely unsettling, it is the slow-burning horror that lingers long after the lights come back on and the credits have ceased to roll.

Crouching Tiger, Hidden Dragon (2000) — In the wake of the Coronavirus, it has been deeply disheartening to hear so many stories of racist violence against Asian Americans as quivering brutes lash out at the nearest minority group at hand (one that has been getting ample attention by certain ne’er-do-well politicians and pundits looking for a convenient scapegoat for the still-raging pandemic).  And while there really is very little that the average person, on lockdown in their homes, can do about that, I think that we all could benefit to look at some of the art and beauty that that culture has brought into the world and be reminded just how Human we all are.  I can think of few masterpieces I’d elect to revisit before Crouching Tiger, Hidden Dragon — a gorgeous, eternally-in-bloom Wuxia (operatic martial arts) film that very nearly won Best Picture at the Oscars way back at the start of the new millennium.  It features a gripping, melodramatic story that plays out amidst breathtaking action set-pieces and the painterly environs of ancient China: a genuine delight for both the cineaste and casual moviegoer alike. 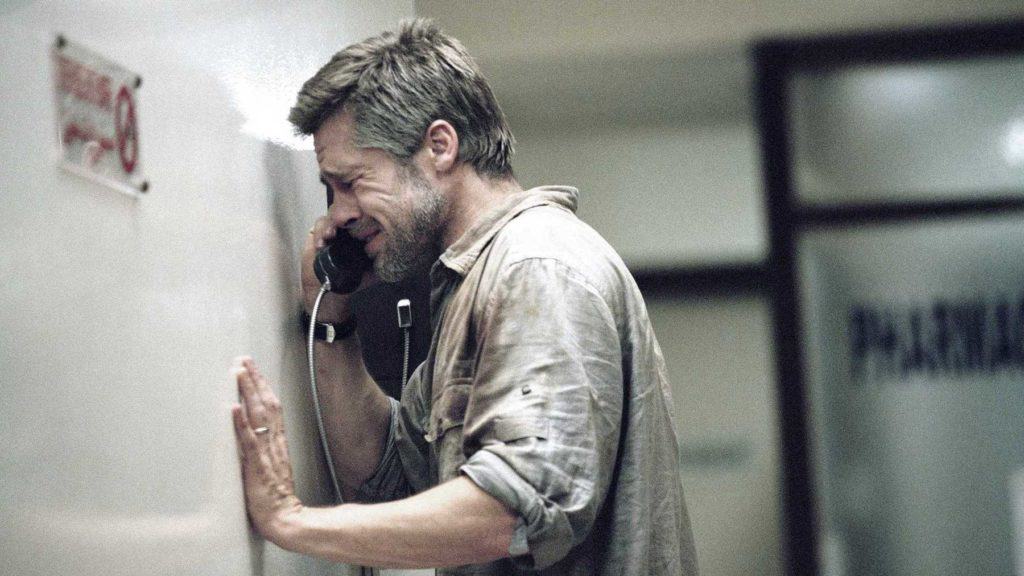 Babel (2006) — One of the things that has been recently pointed out to me is just how many of seminal film critic Roger Ebert’s “Great Movies” inclusions pepper streaming services across the internet.  Of the nearly 400 movies that Ebert singled out as the best of the best, nearly two-thirds appear in some form or another on services like Netflix and Amazon Prime.  And while the lion’s share belong to the peerless Criterion Channel (but more on them later), Netflix ultimately does feature a more-or-less respectable 10 of them for its subscribers.  Although not as notable as movies like 2001: A Space Odyssey (1968), Citizen Kane (1941) or Vertigo (1958), I’ve always had a soft spot for Alejandro Gonzales IÃ±Ã¡rritu’s Babel, a touching and evocative portrait of our intimately interconnected 21st century lives — a theme that can’t help but be timely in these trying times. 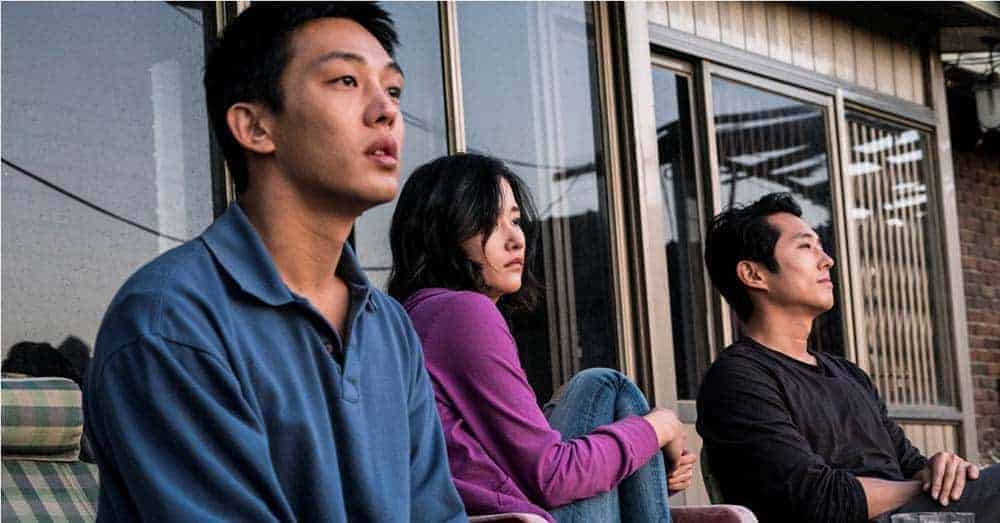 Burning (2018) — Coronavirus or no Coronavirus, 2020 is still the year of Parasite (2019): not just the first South Korean movie to be nominated for any Oscar, but the first foreign-language movie to win that ceremony’s highest prize.  Both director Bong Joon-ho and his fellow countrymen (particularly directors Park Chan-wook and Kim Ki-duk) have been absolutely on fire for the past two decades, and it’s hard to pick just one of their amazing features to single-out as a go-to for moviegoers pulled in by Parasite‘s surprisingly accessible story of capitalism gone wrong, but director Lee Chang-dong’s Burning — a movie which was favorited for a Foreign Language Oscar nomination at last year’s ceremony, though it never materialized — seems an excellent place to start.  A dark, twisted thriller that’s every bit as engrossing as Parasite was, Burning is another great entry point to the wider world of South Korean movies for the curious cineaste.