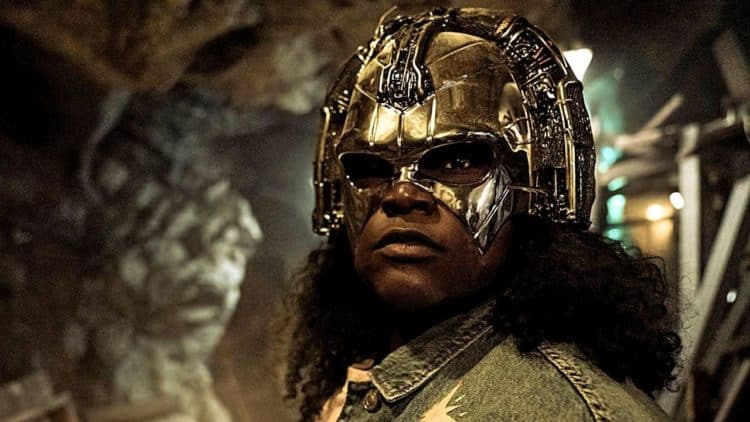 It’s easy to imagine that the writers for this show took the time to sit down and figure out how to make each episode as awesome as possible while leaving the audience slack-jawed and wondering what they were watching. The finale to the first season of Peacemaker was the kind of awesome that a lot of people were hoping for without any doubt, especially since it resolved a few things but kept others open as the second season will, hopefully, build upon the issues that were developed throughout the season. But with a couple of stellar cameos and the type of action that Peacemaker is swiftly becoming known for, this finale was close to being everything it could be as Peacemaker and his team found a way to do something right, even the fact remains that there is a definite gray area where their actions and those of the butterflies collided. Just so people know, spoilers are on the way, so if you haven’t seen the episode yet, take the time to log in to HBO Max and check it out.

The episode starts with the kind of hilarity that the season has been known for as Leota does her best to apologize for betraying Peacemaker, or tries to as he blows one raspberry after another at her, as does Vigilante, who’s content to ride on Peacemaker’s coattails so long as his buddy is all about killing people in the name of peace. This is likely one time that Harcourt and Economos, who are in front of the veterinarian RV, appropriated in the previous episode. There have been plenty of issues to deal with throughout this season, and the utter lack of trust has been just one of them. In their search for the horrendous ‘cow’ that the butterflies use for the food source, the group learns another bit about one of their number as after killing one of the cops guarding the perimeter, Economos is sent in as an imposter to plant the Peacemaker helmet that creates a sonic boom.

The plan is almost disrupted when Economos drops the helmet upon descending beneath the barn that’s being used as cover, leaving it to be found by a butterfly-infested inmate as Leota then triggers the helmet via walkie talkie as the device sends another massive concussive blast, buckling the floor of the barn and creating a minor cave-in below. It then becomes the job of Harcourt, Peacemaker, and Vigilante to wade through the remaining butterfly-infested humans, and the battle is nothing short of great as Peacemaker and Vigilante wade through each enemy as Harcourt also gets to show how badass she really is. When Peacemaker goes after the cow at Harcourt’s instruction, however, the numbers game starts to become a problem at Harcourt is shot a couple of times and nearly killed, while Vigilante takes a shot to the back and, amazingly, executes the shooter with a no-look toss as his blade drops his assailant in return. Once inside the cavern, after falling through the floor, Peacemaker is confronted by Goff/Song, who tells him that their species was on the brink of destruction when they left their world, taking only the space cow that would provide their sustenance.

Listening closely to Goff/Song, Peacemaker is told that the butterflies were taking over humanity to try and stop them from making the same mistakes that they had. Peacemaker appears to consider Goff’s words, but then speaks and activates the ‘human torpedo’ helmet that Leota donned after she made an impressive run toward the barn, gunning down butterflies with ease before knocking herself senseless when activating the helmet to defend Peacemaker. Once the helmet is activated for the second time Leota rockets toward the space cow, sinking heavily into the creature’s body, killing it before she’s dropped back to the earthen floor, along with a heavy flow of gore and guts that splashes over her. Peacemaker kills Song, while Goff presumably escapes before they make their way topside to retrieve Harcourt and Vigilante, as well as Economos, who breaks his leg tripping over a fence. However, one of the more interesting points is the Justice League cameo as the group shows up at the end of the fight, only to be berated by Peacemaker as he and his group hobble away. While the Flash and Aquaman are the only two that aren’t kept in shadow, making it clear that the other three members in attendance likely aren’t Gal Gadot, Ray Fisher, and Henry Cavill, it’s still fun to see such a cameo near the last several minutes of the show. at the hospital, they see to their friends before the episode moves forward.

Vigilante makes his way out of the hospital after being treated, Leota reunites with her wife, and she also outs Task Force X and Amanda Waller, which could hopefully lead into the next season. Harcourt and Peacemaker have a tender moment as she wakes and finds him at her bedside, and Economos, well, he goes back to work. The episode does end on a fairly high note, save for the fact that despite returning home with Eagly and even Goff, who’s apparently content to just stick around, Peacemaker also has another guest as the spirit of his father has taken up residence in his head rent-free, which is bound to be another issue that can be brought to the second season. People are going to be waiting and hoping to see this happen, that a person can trust.