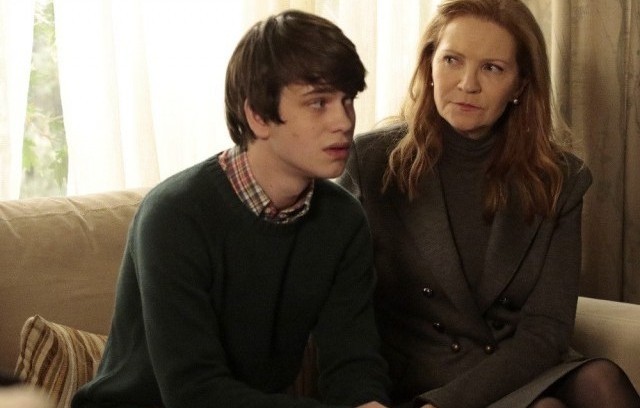 The Family Season 1 episode 9 is titled, “The Betta Male” which should give every aquarium owner pause. Why?  Because a Betta male fish can not be kept in a tank with other male fish.  The Betta will attack and kill them!  The only place that metaphor would directly apply is between the real Adam Warren and “Adam” Ben (Liam James).  Hmmm…supposedly Adam “just got sick….

From the story synopsis more of Ben’s story looks like it’ll be explored in this episode, but there are some other ones being examined as well.

Detective Nina Meyer searches for clues about Adam’s history as she watches his therapy sessions, while a guilty Claire attempts to keep a furtive eye on Ben after Hank’s dressing-down. The family prepares to support Claire at the gubernatorial debate, as Hank’s guest leads him to find proof of who really kidnapped Adam. Meanwhile, Detective Meyer worries about her missing partner, Agent Clements, and Ben gets a visit from someone from his tortured past.

This sneak peek from The Family season 1 episode 8 shows us that Detective Nina Meyer (Margot Bingham) is has more on her mind than what’s happened to Agent Clements (Matthew Lawler). Because of what she learned in the last episode (That review is here if you need it.) she knows Ben isn’t Adam – and she is on it!

Boom! Nina knows who “Adam” really is! My question is where & when that picture was taken? I’m guessing Nina’s research on the kid in the photo is how we learn more about Ben’s past. I also bet the way Willa Warren (Alison Pill) keeps jumping in to answer for “Adam” makes Nina suspicious of her involvement! However, the real question is this: will Nina put together that Ben must have been in the bunker with Adam?

As for Claire Warren (Joan Allen) she seems distracted in her debate with Governor Charlie Lang (Grant Show).

Do you think Claire’s about to blow Ben’s cover? …Yeah, I don’t either. Still, I wonder how she’s going to get past this one issue label he’s painting on her? 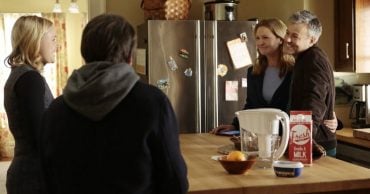 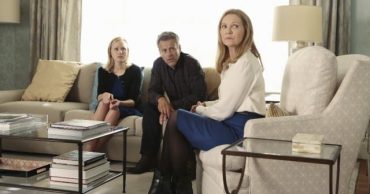 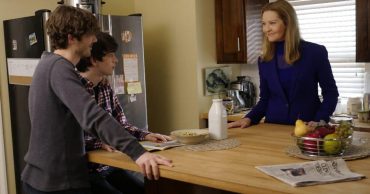 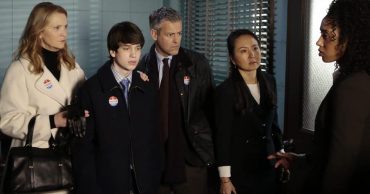 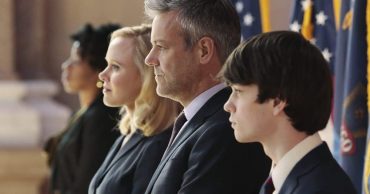 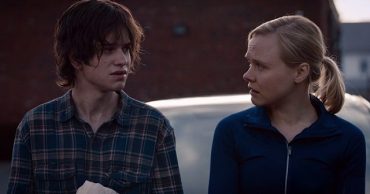