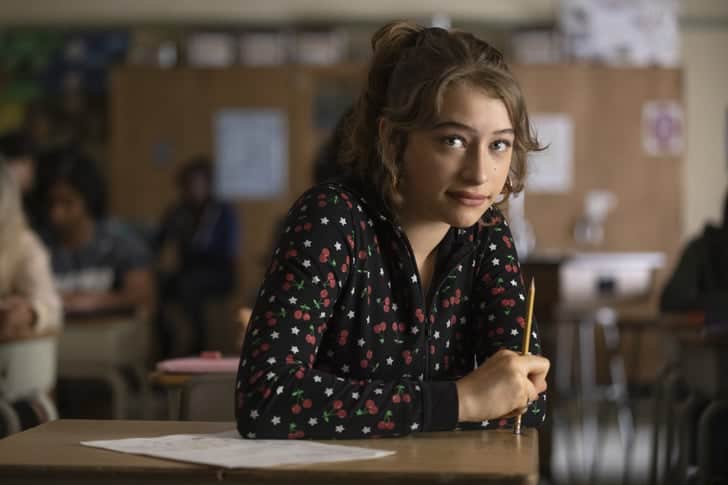 2020 has been a massive year for Odessa A’Zion’s career, and she is only going to go up from here. Her role as Joey Del Marco in the Netflix series, Grand Army, has introduced her talent to millions of people all over the world, and viewers are really liking what they see. While some have assumed that Odessa is a newcomer, that’s not really the case. She made her on screen debut in 2011 and by 2017 she was cast with a recurring role in the series Nashville. Thanks to the success of Grand Army, people are excited to see what Odessa does next and she has some cool projects in the works. Keep reading for 10 things you didn’t know about Odessa A’Zion.

1. She Isn’t The Only Actress In Her Family

Odessa comes from a family of very talented people who have found great success in the entertainment industry. Her mother, Pamela Adlon, is a writer, producer, and actress. She is well-known for playing Sam Fox in the series Better Things. Odessa’s father, Felix, is also a writer and producer. Her sister, Gideon, is a successful actress who will be appearing in the upcoming film, The Craft: Legacy.

From an early age, Odessa knew that she wanted to act. Surprisingly, though, her parents didn’t really want her to get into the industry. She didn’t let that stop her and when she turned 15 she decided to give it a try on her own and she went out and found an agent.

Odessa’s character on Grand Army is a high school student living in New York City, but in real life, Odessa is from California and hasn’t been in high school for a few years now. She turned 21 in June 2020, and she isn’t the only cast member on Grand Army who isn’t really a teenager.

Acting is the thing that has gotten Odessa the most attention over the years, but it’s not the only thing she is passionate about. She told Teen Vogue, “I haven’t done anything with my band in a long time, but I do love playing music…I wish I was better. You can always be better. I wish I could play some gnarly stuff on guitar, but I can’t really do anything. I taught three or four of my close friends how to play guitar, and now they can all shred and I’m still at the same level I was at when I was eight.”

5. Grand Army Is The Most Vulnerable She’s Been On Camera

Odessa has a good amount of acting experience under her belt, but Grand Army was a special experience for her because it forced her to really open up. During an interview with Nylon she said, “I’ve never been this vulnerable in front of the camera before. I know that it’s important to play this type of a character, but at the same time, it is a little bit embarrassing to think about my friends or my family that are going to watch it.”

6. She’s Not Shy About Sharing Her Political Opinions

Odessa has a pretty large following on social media (237,000 followers on Instagram), and she isn’t afraid to use it. She isn’t afraid to use her platform to stand up for the things she believes in, and she has been very vocal about her political points of view by showing support for Joe Biden and Kamala Harris.

Some people are cat people; some people are dog people; Odessa A’Zion is an animal person. While talking to Teen Vogue, she shared that she has “like 12 animals”. She didn’t go into specifics about exactly what kinds of animals she has, but we do know that she has a hairless cat named Junebug.

After seeing Grand Army, lots of people will probably assume that Odessa loves acting in dramas, but she actually prefers the lighter side of things. She prefers doing comedic roles and believes that she is actually better at those type of projects, but most people would probably agree that she’s just as good as dramas.

If Odessa looks familiar to you, that may be because she dated Jaden Smith in 2018. The relationship didn’t last long which was probably a huge relief for Jaden’s mom, Jada Pinkett-Smith. An article from W Magazine reported that Jada wasn’t the biggest fan of Odessa and Jaden being together.

Odessa may be relatively new to professional acting, but her resume already speaks for itself. She has more than a dozen acting credits to her name and she has gotten work with some of the biggest names in the entertainment industry. In 2019, she got the opportunity to work alongside Nina Dobrev in the series Fam.