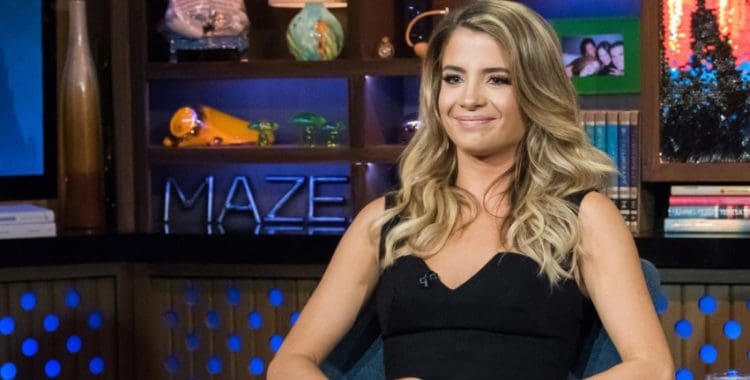 Bravo TV boasts some of the most successful reality documentary TV shows out there, and one of those shows is Southern Charm. The show chronicles the lives of South Carolina socialites that live on the stunning city of Charleston. Naomie Olindo, one of the cast members of Southern Charm, appeared in season 3 of the show as a recurring guest. By the time season 6 started, Olindo became a main cast member. Olindo has been in the news lately because of her relationship issues, and you won’t understand anything about it unless you watch the show or know a little bit about her. Here are 10 things about Naomie Olindo that you probably didn’t know.

She may be part of the Charleston high society now, but Naomie Olindo wasn’t always a Southern lady. Olindo was actually born in France on August 4, 1992, which makes her 27 years old this year. Olindo maintains a close relationship with her parents, often posting about them on social media. Her father, Joel, recently suffered a heart attack. Naomie was very instrumental to his recovery and his journey to leading a healthier lifestyle.

Naomie moved to the United States and attended college here. She attended the College of Charleston. She’s pretty serious about her education, and it’s something that she constantly posted about on social media as well. She took the GRE in 2016 and went on to graduate school. Naomi earned her Master’s degree in Business Administration at the College of Charleston as well. She majored in Finance.

Craig was the really the reason why Naomie was featured in the show Southern Charms to begin with. She was Craig Conover’s girlfriend at some point. Craig was and still is a main cast member on the show. The two met while they were still in college, but they didn’t really hit it off right away. They reconnected later on and eventually had a relationship. Craig introduced Naomie on the show in season 3, when she became a recurring face on Southern Charms.

Craig and Naomie broke it off in 2017, and many fans were saddened by that development in their relationship. Metul Shah is an anesthesiologist, and much like many important things in her life, Shah has become a regular figure in Naomie’s social media life. While that may be the case, Naomie learned her lessons from having a public relationship go down on screen. She wants to respect Shah’s privacy and also maintain the health of their relationship by keeping him as far away from the show as possible. We won’t be seeing Shah on TV much, but we will see Naomie and ex-boyfriend Craig interact with each other after their messy breakup. Despite everything, the two have managed to remain civil with each other.

One of the things that Naomie is known for is traveling. Her Instagram page is full of photos from different places in the world. When she was in a relationship with Craig Conover, Naomie went to places such as London, Monaco, and Thailand. But she was traveling before and also after that relationship. She’s also been in places such as Greece, Italy, Senegal, and basically every other beautiful place that warrants a visit or two.

Given that she loves to travel, it naturally follows that Naomie is quite the adventurer. However, not all who travel are willing to take risks. Naomie Olindo is known to be open to more active pursuits. She’s been known to enjoy activities such as skydiving, fishing, horseback riding, and many others. As beautiful and proper as a southern lady she might be, Naomie is not afraid to get her hands dirty.

According to Naomie, animals are more like family members. She grew up with a lot of animals around her, and she calls her current pet cat Gizmo “the best thing that ever happened to her.” We’ve certainly heard that before from many other animal lovers. But Naomie takes her passion above and beyond normal expression. She’s a huge advocate for the Charleston Animal Society, and her pet Gizmo was actually a rescue cat. You could often find Naomie posing with an animal–domestic or exotic–on her Instagram feed.

After Naomie broke up with Craig, she lost quite a bit of weight. It was something that the reality star had wanted to do for a while, but we all know that it’s easier said than done. Naomie started intermittent fasting in order to lose the weight, and she fasted from 8pm until 12pm the following day, everyday. The results were incredible, and she’s healthier more than ever. Naomie loved intermittent fasting because she was able to eat anything she wanted during her eating window.

While many celebrities tend to deny plastic surgery, Naomie is the exact opposite. She’s been pretty open about the procedures she’s had done on her body in the past. Naomie says that she had rhinoplasty early in 2018 in order to make her nose more appealing. In addition, she’s also had Botox and fillers later in 2018 as well. While we think that she never needed any plastic surgery to begin with, we applaud her for her candor.

It isn’t unusual to find celebrities with clothing brands. It’s a smart and productive venture, especially if you’ve already got a solid fan base. Naomie Olindo is another celebrity that decided to jump on this opportunity. She launched her own clothing line, L’ABEYE, is geared towards women. Naomie is calling it a lifestyle brand for motivated women.