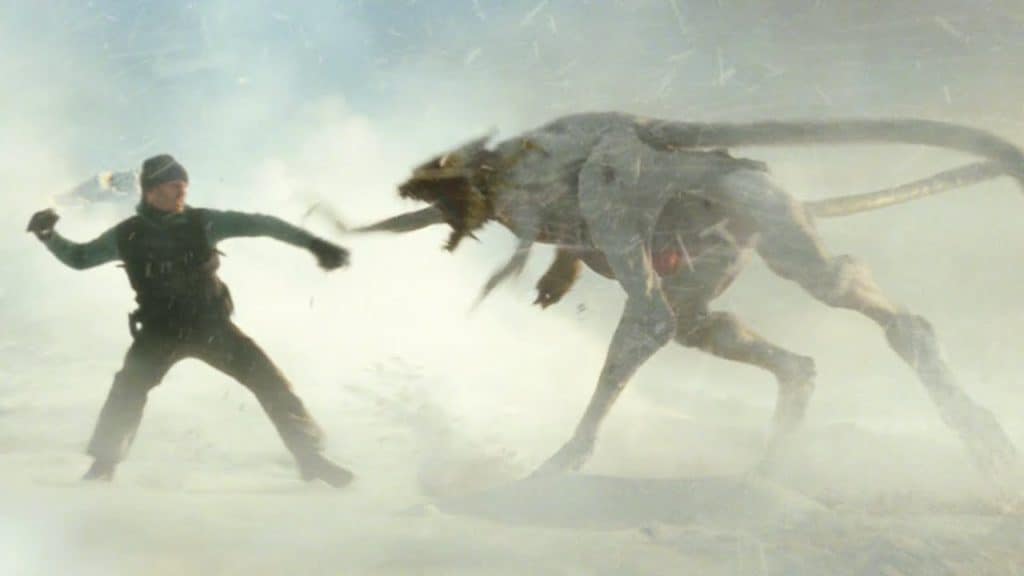 We’ve paid attention to a number of great action scenes over the past year or so and it was thought that bringing more to the attention of the readers would be a good idea since with the addition of new movies and the inclusion of other scenes that might not have been given enough attention the first time around it might be kind of interesting. Some of them aren’t as exciting as others but they’re all impressive in their own ways since they add a little or a lot of something to the movie. A good action scene is typically charged with a good amount of emotion that one can’t help but feel when watching it, and by the end, a person might want more or they might feel kind of worn out and need a break in the story before they’re ready t explore even more action sequences that might stimulate their senses in one way or another.

Here are ten more action scenes that are pure awesome.

It’d be funny to think that there are bound to be a few individuals who would say that Agent Tequila shouldn’t be able to take on Merlin and Eggsy all by himself, or that they weren’t ready for this kind of threat. But the point is that he waltzed in and took out two trained agents with minimal problems after they broke into a place that they shouldn’t have been in the first place. But then again, they were trying to reach the Statesmen.

This is definitely a different way to use one’s head since when you think about it, there are plenty of traumatic brain injuries that can be caused by fighting, but this is one of them that you don’t really get to see that often. And let alone three times in a row, which feels like it would scramble the average person’s brains like an egg. Yes, Olivia did have a lot of payback coming her way, and she definitely got it.

8. Back to the Future III

So several decades before the frisbee was even invented, Marty McFly, aka Clint Eastwood, displayed enough skill with a pie plate to make a man miss a shot. Granted, it was a rather small gun and likely didn’t have a lot of force to it.  Whatever the case might have been while filming this scene, it turned out to be pretty cool and definitely understated.

Hawkeye doesn’t really get a lot of respect as an Avenger since he’s a regular human with a bow and trick arrows and no powers or super-strength. But when everyone else was getting enchanted by Wanda he was the only one to remain unaffected. Imagine that, the guy that everyone thinks is so weak resisted something they couldn’t. You could say that he didn’t feel like having someone rummaging around in his head again.

6. Shang-Chi and the Legend of the Ten Rings

There’s bound to be a lot of debate about how powerful Shang-Chi’s rings really are, but at the same time, they’re rather awesome since the Dweller in Darkness was tearing things up until Kaya put an arrow through its throat and Shang Chi sent the rings into its body where he then summoned them back, literally tearing the creature apart as he reclaimed the rings. Thanks to the ending of this movie it’s fair to say that there’s more to tell if the rings are summoning someone.

The fictionalized version of Ip Man’s life has been pretty cool for the last four movies with Donnie Yen and this one was just as good in a lot of ways, even though it became obvious that the main character was getting older. This particular fight shows a lot of the same moves that people became used to in the first through third movies, but the fourth makes it clear that he’s slowing down a bit, but he’s no less dedicated to helping others.

This was a rather intense fight since it’s between a human and one of the creatures that can hurl bone darts at amazing speeds and have a full mouth of teeth that can shred flesh and bone like they’re nothing. But somehow Dan and his father get the better of the queen and manage to inject her with the toxin that’s needed to kill her off.

The Crow became a cult classic after a while and it’s still that way since Eric’s revenge on the guys that tortured his fiance and killed him was and still is thought to be payback of the sort that people might not be able to get that often, but was well-deserved. Plus, the scene with Tin Tin is about the only entertaining moment that involves anything but guns, but the other deaths are innovative as well.

This is one of those movies that does ask a person what they would do if the person they loved the most was taken from them and no one was made to pay for the crime. Being a DEA agent would make a huge difference since it would come with a few more perks such as access to weaponry, perhaps, and friends and allies that would step in and help no matter how much trouble they might get into.

As someone that gets next to no respect, Hutch is the kind of guy that a lot of people were willing to pull for, aside from the fact that he played the part of Saul Goodman for so long. But Bob Odenkirk was able to show everyone just how awesome he can be in this movie.

There are plenty of other awesome scenes, these are just a few that came to mind.