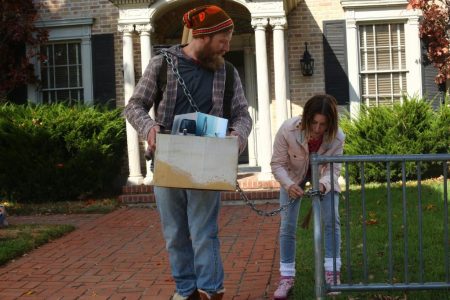 Sue Heck proved once again to be an inspiration to us all on The Middle this week. She’s sick of being a doormat to the people in her life, and she’s standing up for herself much like her mom Frankie does when she accidentally buys some racy underwear. Long story short, the Heck women ruled the show.

Coming off the best summer of her life in Dollywood, it’s natural for Sue to feel excited for the school year. She’s much less excited to be seeing Jeremy so often again though. What she used to find cute about him now irritates her. His stunts on campus don’t match up to what she wants out of life, and that’s perfectly okay. The only thing is, she doesn’t know how to handle breaking up with him so she turns to the absolute wrong person for advice: Axl.

Axl offers his sister the Boss Co. (throwback to his high school years!) service of a break-up for the low price of $20 but he doesn’t get the message through to Jeremy. Neither does the acapella group Sue asked to sing “We Are Never Getting Back Together” but instead sang something different. Meanwhile Sue’s nerves are being tested with the dump that is her’s and Lexy’s room in the basement of a dorm. It isn’t until she’s delivered the wrong pizza order that she snaps and sets out to get her life in order, starting with breaking up with Jeremy. Her next move is a literal one out of the basement and presumably into a nicer apartment that Lexy’s dad offered to cover.

I mentioned Frankie was standing up for herself as well. She somehow didn’t notice the big “I’d Tap That” printed on a pair of bargain underwear she treated herself to. When she went to return them however, she felt insulted by the younger salesgirl and out of spite kept that pair and bought all the other ridiculous slogans as well.

Mike dealt with Brick’s anxieties about high school parties when his friend Troy joins the football team. The scene in the car where Brick asked his dad just to be quiet for a while broke my heart a little bit. It was very true to the character of Brick but almost alarmingly so, as it highlights what makes him such a special kid in all the best ways.

What was your favorite part of the episode?

Sue takes action to right the wrongs in her life, starting with breaking up with her boyfriend.