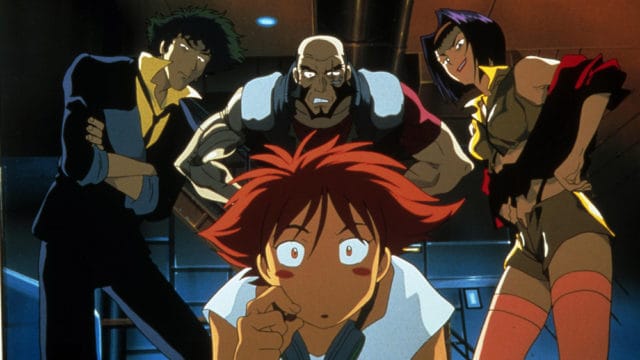 If you haven’t seen Cowboy Bebop then it might be time to run out and get your own copy or download it and give it a look. The animated version that is available is pretty awesome since it has to do a lot with revenge and also pulls together a rather interesting crew of people that get into a bunch of mishaps throughout their adventures and manage to sort out their own sordid pasts as the program goes along. Eventually however the leader, Spike, decides to go and perform his endgame, which is taking out his former partner, Vicious. The ending fight sees Spike victorious but the fate of the leader isn’t really known since he collapses soon after the fight is over.

As of now it seems that those in charge are coming out with a live version of Cowboy Bebop and from any audience member’s standpoint it seems as though it might be just interesting enough to watch. Live action movies made from cartoons can be great if they’re done right, but it kind of depends on whether the same director would be used and what direction a reboot would go in if given the chance. Many people might like to see whether or not Spike survives, some might like to see him go out in a blaze of glory. Sometimes with a reboot it doesn’t seem to matter that people want some of the same old, same old, it matters only that the director wants something done their way and no one else can say boo to it. Of course if the creator and the director are into the same thing and can agree upon the direction of a project then it should come together just fine, but the odds for that are kind of low to be honest.

It might be time to reboot Cowboy Bebop just for the sake of it since reboots are becoming the trend nowadays and not getting in on it could leave a lot of people in the dust. When something is popular and you have a chance to jump on that money train with an idea that people like it’d be a waste to not take advantage when you can in order to push something that has a solid fan base. Cowboy Bebop might not be known to everyone but by getting it out now when reboots are so popular it could be a way to gain more exposure. The live action film could be a good way to do that as well but unless it’s something bordering on epic the chances aren’t great that it will top the animated version that fans came to know and love. Despite the hint of realism that live action gives there’s still something about the animated version of any production that stokes the imagination that much more.

So in terms that are easy to understand, Cowboy Bebop needs to come back simply because reboots are hot, and the project should stick to animation where it was great.