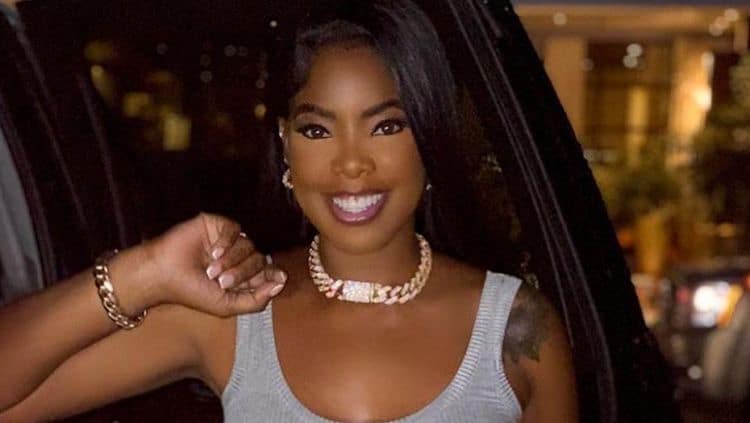 The world knows her by the name Juju C., but her full name is Juliette Castaneda (or Juju Castaneda, if you prefer), and the world also has some questions. Did she get married on Memorial Day weekend of 2021? Did the reality television star who made herself famous on shows like “Love and Hip Hop: New York (and Miami)” tie the knot and take herself off the market? The world is asking a lot of questions, and we have some answers. It’s time to get to know Juju.

Juju Castaneda was born on March 21, 1981, in New York. She’s from the Brooklyn area, but she did not grow up there. Her parents both immigrated from Cuba in the early 80s, and they quickly relocated to South Florida when their little girl was just a newborn baby.

2. She Got her Start in New York

Despite growing up in Florida, her reality television star rose quickly when she joined the New York franchise of “Love and Hip Hop,” and she spent two seasons there before taking a break and showing up again for some time. She did a little time on the Miami franchise, too, but only in a supporting role.

3. She Turned Down Season Three

4. She Was in the Airport Industry

This is one of those fun facts that no one else seems to know about Juju. When she was only 16, she left home in Miami and moved to Orlando where she worked as a security screener at the Orlando International Airport. She was a teenager screening passengers for their flights, which is almost comical to imagine in a post 9/11 world.

Following her stint in airport security in her teenage years, Juju went to college. She attended Barry University. It was there she earned her bachelor’s degree in business, and she went on to then earn a Master’s Degree. Her masters is in public admin.

It makes sense that she would be fluent in both English and Spanish considering her parents are Afro-Cuban. She speaks both fluently, and she has always been able to. We imagine her family spoke a lot of Spanish when she was growing up, and we also imagine learning two languages was easy for her as a result.

7. She is a Vegetarian

Juju loves animals, but she’s not a fan of eating them. We aren’t sure what made her decide to try the vegetarian lifestyle. It might be her love of animals, it might be a dietary concern. It might be anything, and we simply don’t know. What we do know, however, is that she is a vegetarian.

8. Rumors are Swirling she Wed in Vegas

What happens in Vegas doesn’t always stay in Vegas, and it appears she had a moment like that this weekend. She is rumored to have gotten married in Las Vegas during Memorial Day weekend 2021, and everyone is talking about it. It’s unconfirmed, but she did share an Instagram story over the weekend with a picture of a ring emoji in her hotel room with the word, “Forever,” as her caption. Friends and family then began posting photos of her walking down the aisle at a church, and it looks like it was very much unplanned.

9. No One Knows Much About her Boyfriend

What we do know is that she and rapper Cam’ron dated on and off for many years, finally ending their relationship in 2017. While some hold out hope they will get back together, it seems that they really did end things for good at that time. The truth, however, is that no one knows a thing about the man she’s rumored to have married, and that is such a mystery.

Juju’s fans and followers are all sitting back waiting on an official announcement or a confirmation or something that she really did get married and this was not a stunt. Or a drunken evening of ‘why nots’ followed by a long day of ‘oh nos,’ after it was all said and done. We wish her well and offer congratulations if she really did become a Mrs. this weekend.