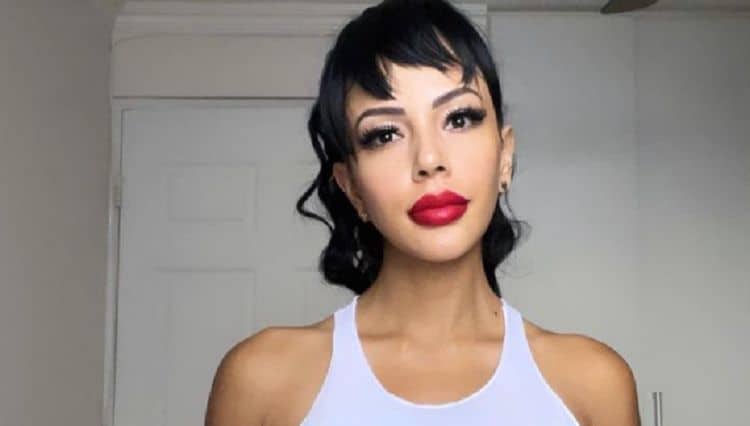 When a man falls so hard for a woman he met online that he is willing to head to Panama from his own home in America to meet her for the first time, ask her to marry him, and impregnate her on the same trip, it’s a lot to take in. While it might sound like the plot of a movie, it’s the real-life adventure for Jasmine Pineda and her 90-day Fiance – yes the same couple from the reality show of the same name. This Panamanian woman has a lot to deal with, a lot going on, and she is absolutely having a time of it with this man, and those who are watching her reality television love story play out have more questions than answers. Here’s what you might not know about her.

She is a teacher. She teaches the English language, and teaching is something that is rather important to her. She does this because it’s a job she enjoys, and it’s what she loves to do. Helping others and being there for her students are both of the utmost importance to her.

Fitness is also important to Jasmine. She likes to stay fit, she likes to maintain her good health, and she likes to feel good about herself. Maintaining good health is so important for so many reasons, but it is also something that makes you feel so good. The healthy endorphins exercise releases can help you feel better and it improves your mood.

She is a mother, and she is proud of her kids. She has two sons who she calls her babies, but she makes it clear that they are not actual babies. However, like any mother will tell you, they will always be her babies no matter how old they are and how much they grow.

4. Her Son Doesn’t Live with Her

One of her sons does not live with her. He chooses to live with his father. Her oldest son is the one who lives with his father, though she has not given us any indication why her son would choose him over his own mother. However, she seems all right with the situation.

5. Her Youngest Lives with Her Mother

Her youngest son isn’t living with her right now, either. During the pandemic, she and her own mother thought it might be best for his own health to get out of the city and live with his grandmother in the country for his own health reasons. He has some health issues that were being exacerbated in the city during the pandemic that apparently weren’t a problem until the lockdowns in her area occurred and he began to have a difficult time being locked down in the city.

We imagine so, with one son living with his father and the other in the country with her own mother. His condition prevented him from thriving in the city when the world went into lockdown mode, and she missed her son terribly during that time.

Something that surprised Gino about his new fiancé is that she is very strict. This is a woman who has admitted that she’s been cheated on before, so she now has rules for the men who are currently in her life – even though they didn’t cheat on her, she has trust issues. She has some major rules, and she even calls herself possessive and a little bit protective.

She said in one of her confessionals that she doesn’t feel that being good enough is even enough in a relationship. She said, “You can be the perfect wife, look so beautiful, treat them good. It’s never enough,” and she went on to say that she has strict rules because she has to learn to trust a man first and that trust is earned. Her strict rule is that her fiancé cannot be nice to women at all. Ever.

9. She’s Not on the Same Page as Her Fiance

When her fiancé visited her in Panama for the first time, he was ready to impregnate her and take things to the next level. She, on the other hand, is not ready to have more kids. She already has two of her own, and she doesn’t feel there is any need to have some babies right away with a man she just met.

10. She Didn’t Tell Him She’s Not Getting Pregnant