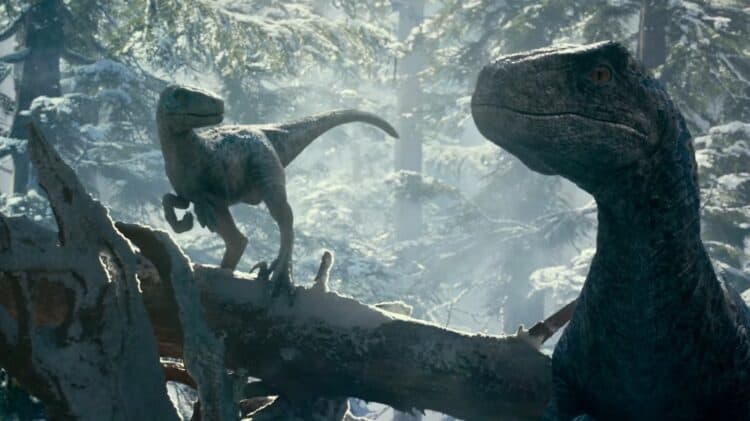 There is too much of a good thing, and it kind of feels like Dominion might be proving that given the news that the movie is already splitting the fanbase when it comes to the reviews. After Fallen Kingdom, the Jurassic World movies really needed to knock one out of the park since even the first movie in this trilogy felt as though it was simply doing the same thing with a slightly new twist. In other words, we now have two Jurassic Park trilogies that have minimal differences but a lot of the same mistakes. The one thing that can be said is that those mistakes have started to compound and produce even worse consequences than the first movie did since at the end of Jurassic Park, which is where a lot of people thought things would end, the escape from the island was a miracle in and of itself. John Hammond wasn’t even supposed to survive the first movie, since Michael Crichton killed him off in the book, and even made his death feel absolutely justified. People might not want to think it, especially because Richard Attenborough played such a nice, grandfatherly role, but John Hammond was a nut for even thinking about bringing dinosaurs back.

As a movie idea it’s great since the act of messing with genetics, however unreal it might be, is fun since it created monsters that bore only a passing resemblance to the prehistoric creatures that many of us enjoyed as kids. Many adults still love dinosaurs, but it’s tough to know exactly what they looked like since there’s no frame of reference that’s 100% accurate. But the general consensus thanks to the comments of many real-life archaeologists is that the dinosaurs seen in these movies aren’t nearly as accurate as they should be, either in appearance or size. There are a few that come very close, but apart from that, it would appear that the genetically enhanced critters that Jurassic Park and World have been rolling out are little more than modified lizards that take a few real traits from the dinosaurs that once existed.

Everything that came before didn’t bode well for the Jurassic World trilogy from the start, but it wasn’t utterly hopeless, since the truth is that people still love the idea of dinosaurs and aren’t about to turn their back on the franchise entirely. They’ll definitely gripe about it once they watch the movies, even if they knew what was going to happen and could have predicted every move. But the desire to see these movies in the theater has been a little too tempting since the first one came out thanks to the sound and effects that are splayed out on the screen for everyone to enjoy. Seriously, the THX systems back in the 90s were the best way to experience the roar of the T. Rex when the big, scaly bugger decided to let everyone know who was the boss. Learning that these sounds were manufactured to sound nothing like an actual T. Rex (if anyone really knows what that sounds like) was kind of a bummer after a while, but it was interesting as well.

Of course, learning that all of the dinosaurs have technical issues is kind of a pain as well since it creates a definite bias that a lot of people felt when walking into the Jurassic World movies. This is one reason why, despite the box office numbers, the current trilogy has been deemed as kind of less than effective. Everyone has been shown as making the same mistakes, and worse than that, they’ve been shown making new mistakes that only make the old mistakes even worse. From the first movie in this trilogy, one can’t help but think that the woke nature of society that so many want to push has been making the movies come off as an uber-sensitive attempt to make sense of a world that wasn’t designed to make sense at every given point. For instance, bringing back creatures that have been extinct for millions of years is bad enough, but doing so with the knowledge that there’s no way to fully control them is even worse. Remember how the dinosaurs were all made female? Yeah, that didn’t work out too well.

Then recall how Jurassic World went and expanded on that mistake by taking DNA from several different animals and putting it into one massive, deadly creature that had heightened intelligence as well as all the natural advantages of the species that had been used to make it. And after all that, there were STILL people advocating for the creatures in Fallen Kingdom, preaching that they needed to be saved from an island disaster that would have solved the overall issue of genetically-modified monsters existing in a world that wasn’t ready for them. There are a lot of reasons why Dominion might be splitting the fanbase, but the idea that much of what it has to offer has been done, or has grown stagnant, could be the reason. It’s no doubt still a highly entertaining movie, but at the same time, it could be that this franchise needs to bow out for a while to let the interest build again.