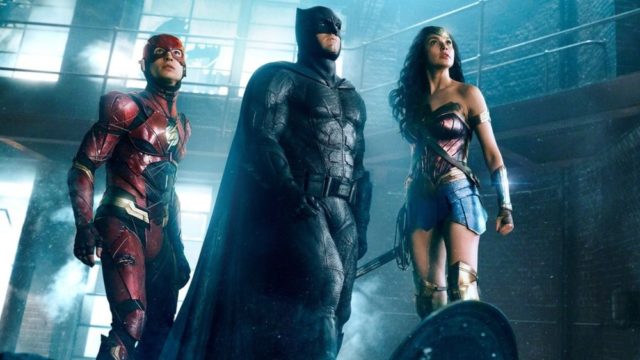 So far just listening to it the piece starts off sounding kind of dark, like a heap load of trouble has come to town and the heroes don’t know what to do about it just yet, or haven’t managed to get together and figure that part out. But then the music changes and you get the sense that things are moving and the team might be slowly but surely forming. Reluctant, hesitant, and even wary of one another the heroes seem more prone towards going off on their own than working as a cohesive team. Yet for all that the driving cause that keeps them together is that the ultimate evil is going to affect them all in equal measure, and will not leave them be until they’re defeated or they finally pull together and put an end to the evil for good. Danny Elfman really knows how to pull the many elements of the Justice League together through music, getting the feel of the movie just perfect throughout the entire piece.

Good music can inspire and create emotional reactions that you might not have expected, but great music can bring to mind pictures and images in your mind that speak of heroic deeds, evil machinations, and the battle between the two that seems endless so long as writers are able to produce convincing story lines. It’s the job and desire of men like Elfman to bring to life those stories in music, and throughout his career he’s been able to do this without fault, capturing each moment with such precision and finely-tuned, masterful strokes that each and every movie he’s composed for has been that much better thanks to his contribution.

Even with some of the worst movies ever made his scores have been huge, bringing to life the action and dram within the movies even if the films can’t back it up. The music has always been sound no matter if the movie is, and in the cast of the Justice League one can only hope that the movie will be worthy of the music. The only thing that makes it easy to doubt is the fact that Man of Steel and Batman vs. Superman kind of bombed out after being hyped up so much. People’s expectations were through the roof and then when the movies came out so many people were disappointed. Personally I didn’t think they were that bad so far as the action sequences went. It was nice to see Superman, the paragon of virtue, finally get his hands dirty and do what needed to be done.

Also Batman did what most people haven’t seen him do in the last movie, he picked up a gun and used it. Batman was out to simply hurt the bad guys in the last film. The DCEU heroes have finally been breaking out of the goody two shoes phase and finding the nerve to really take the fight to those that mean them and others harm rather than subduing the minor bad guys and cutting loose on just the major villains.

It’s about time the DCEU got a little down and dirty.