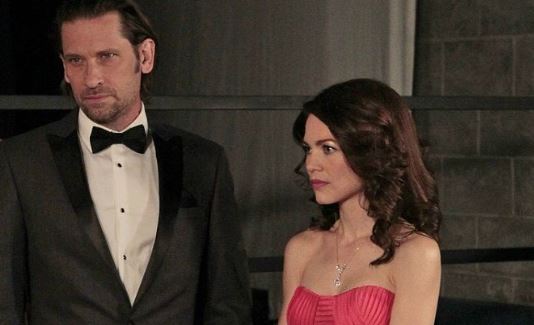 General Hospital fans know that with a show like this, there are bound to be a few hits, a few misses, and a few in between moments we can’t decide if we love or hate. It’s like that all the time around here, and we get that. We do get that not everyone loves all that happens, and we are even kind of all right with that. For one, we do love that the show gets it right so many times. We are not, however, impressed when they just don’t. There are moments when there are story lines that don’t do it for us, and with the year ending in a few days, we thought we might take a look back at 2018 to discuss the worst storylines and what those meant for the show. Do you love them, hate them, or have others in mind?

They have been the very best of friends for so very long now, and it’s hurtful to us that they are like this right now. Nathan died, and that had nothing to do with Lulu and her life. He died because he died, and Maxie had to blame someone. So, she chose to blame her best friend in the world, and now nothing between them will ever be the same. They are a mess, and they can’t even look one another in the eyes right now. This was ugly, and we are surprised that Maxie would do that. She’d already lost her husband, so it was a shocker to see her choose to lose her best friend, too. Lulu had only ever been there for her and only been on her side, and she still would be if you ask us. She would still be her very best friend, and she would still make sure that things worked out for her in some way, shape, or form. There is so much that we think they have to deal with, and we cannot handle where this is going and what it means to us.

The idea is a good one, even if it’s not the first time we’ve seen this story line on daytime television. However, we are just sitting here waiting on him to find out what the heck happened to him in his life. It’s been months and months of nothing. We have no answers. We have no idea what is going on, and we have no concept of how this will work and what it means to anyone else around here. We have to sit here and wonder if there is anything else going on we know nothing about, and we are still wondering if he would ever find out. What is going on with him His life is not something that we get at all, but we don’t know how to find out for him what is happening. He’s been in a place where he cannot manage to find out anything, and it’s a story that doesn’t appear to have any resolve at all. It doesn’t seem to be something anyone can handle, and we don’t get that.