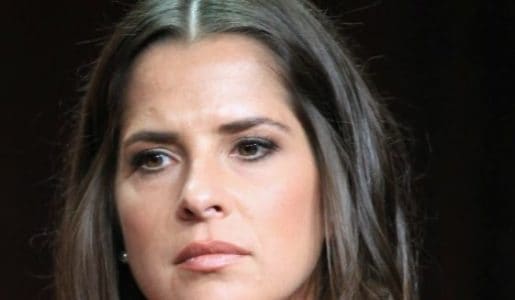 General Hospital fans aren’t at all surprised that people are getting all upset over what happened. Carly is furious that her friend shot and pushed her husband into a pit and left him for dead. She doesn’t care that Sam was sick, that she was not doing things on her own accord, and that her entire life was being dictated by her disease. She is just not all that amused, and we think there will be some time before she’s able to forgive her friend. The fact that Sonny has already forgiven her for it doesn’t seem to matter at all to Carly.

But we aren’t worried about that. We are worried about what might happen to Sam and to Jason. He is going to have so much to swallow. He has been dealing with so much since his wife began suffering from the effects of her illness, and it looks as though things aren’t getting any better. He is torn about his feelings right now. His wife tried to kill his very best friend in the world. Now both of them are recovering from their issues, and things aren’t going to end well with Carly mad.

What is Jason really feeling? He’s relieved, of course. He has a lot of issues to work through, but will he be able to do that without much of an issue? He can’t forgive his wife if he doesn’t try, but will he try to forgive her for hurting Sonny?