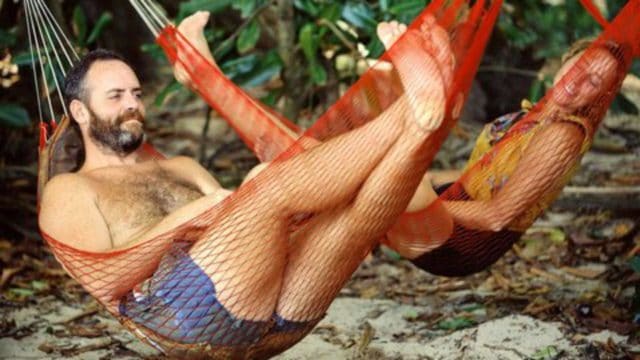 For more than a decade, Survivor has seen people compete for fame, for fortune, and for other rewards. Some people have been open and honest, choosing to remain above board at all times. In contrast, other people have shown behavior that is downright villainous. Whatever the case, the villains have been just as entertaining as the heroes on the reality TV show series, which is why they are also some of its most memorable figures.

Here are five of the meanest contestants in the history of Survivor:

Russell Hantz is infamous in the Survivor fandom for his manipulative ruthlessness in the pursuit of victory, which crossed the boundaries to become simple meanness on more than one occasion. So far, he has appeared on Survivor: Samoa, Survivor: Heroes Vs. Villains, and Survivor: Redemption Island, where he was runner-up and a member of the final three on his two appearances. On the last occasion, his own tribe set out to lose the challenge in order to vote him out, which speaks volumes about the threat that he poses as well as his inter-personal relationships.

Boston Rob Mariano has a reputation for his leadership and strategic mind, which have enabled him to dominate the reward/immunity challenges in his four appearances on the reality TV show. It is interesting to note that he was eliminated from Survivor: Heroes Vs. Villains by an alliance led by Russell Hantz. However, Boston Rob managed to get his revenge on Survivor: Redemption Island, where he was the last man standing.

Like the other people included on this list, Parvati Shallow possesses an excellent strategic mind, which has made her one of the most successful contestants when combined with a willingness to use her sex appeal. This can be seen in how she was the winner of Survivor: Fans Vs. Favorites as well as the runner-up on Survivor: Heroes Vs. Villains. In total, she has spent the second most time on the TV show series, beaten out in that regard by Boston Rob.

For people who are unfamiliar with the name, Jon Dolton might be more memorable to them as Jonny Fairplay, which is rather ironic considering that he told the single greatest lie in the history of the TV show series. In brief, he concocted a plan to have his friends tell him that his grandmother had died in order to gain sympathy from the other contestants, which was found out when the producers called his family in order to give their condolences. He managed to make it to the final three in spite of his lie, but on his second appearance on Survivor: Fans Vs. Favorites, he was the first one to be voted out.

Richard Hatch is one of the first Survivor villains, which is unsurprising when he was the winner of the first U.S. version Survivor: Borneo. He was infamous for his arrogance, his nastiness, and his willingness to go nude. Amusingly, Hatch was actually invited to participate in Survivor: Heroes Vs. Villains but couldn’t make it because he was serving time in prison for tax evasion.