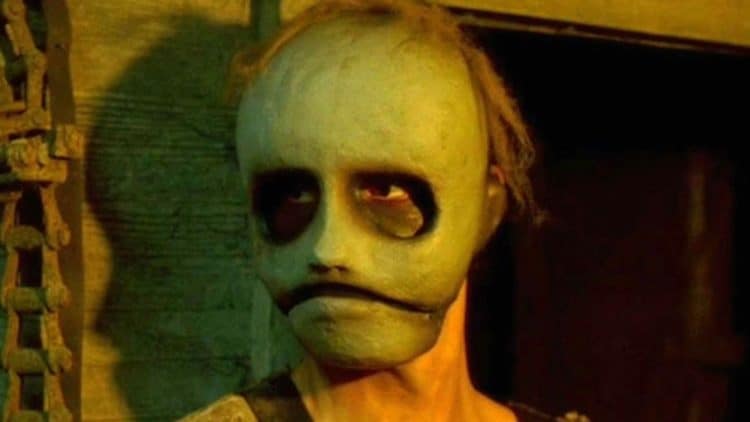 There’s a belief that seeing a horror movie from the perspective of the killer wouldn’t be the best idea since it might be a little too frenzied and horrifying for the audience to endure, but one has to think of the experience it might give to step into the mind of someone that doesn’t follow social norms and has a truly skewed sense of how things should be. There are plenty of movies that show the story from the angle of the troubled mind, but to feel as though you’re in the killer’s shoes is something that a lot of people do feel would be surreal, to be honest, and it’s also an experience that some folks enjoy since it gives another layer to various stories that might otherwise be a little lacking in dimension and scope. Obviously there have to be other points of view in the movie or it might be easy to think that the filmmaker is attempting to gain more than a little sympathy for the villain, but by including the perspective of the killer it completes the movie in a way that is hard to do without diving a bit deeper into the characters.

Here are a few horror movies that take on the perspective of the killer.

Seeing things from Michael’s point of view isn’t just creepy, it’s almost void, as though there’s nothing there but an unending need for violence, a switch that’s been stuck on overdrive too long and leads the individual to kill relentlessly and endlessly because he can. Not every Halloween movie features this type of experience but it’s easy to see why. This is the kind of killer that doesn’t say much of anything, doesn’t stop, and is pretty impossible to read since he’s all about the stalk and attack mode and not much else. It might be easy to say that Michael’s a one-dimension killer, but the many movies that came along after the first one prove otherwise.

Disturbing is a mild word to use when describing this story since Frank is a certified nutjob as well as a schizophrenic, but there are likely to be those out there that would claim that his scalping of women is a sure sign of a deeper, more unstable mental issue and that it’s not his fault. There’s at least a bit of truth to that, but once that bell is rung the individual with the issue isn’t really worth the effort it might take to bring them back from the brink. Some might argue against that point, but hopefully those arguments would go by the wayside if the person in question actively tried to resist any ‘help’ they might be given.

3. Behind the Mask: The Rise of Leslie Vernon

How many killers would go to the trouble to make a documentary of what they were about to do? This movie was one of the craziest around if only because the killer wasn’t exactly on the level, go figure, and was taking people through the steps of what was going to happen. Even when the intended victims went off script the killing doesn’t end since the killer has apparently anticipated just about everything that’s going to happen. The movie is creepy enough, but learning that the killer isn’t who they say they are is even worse since it means the other characters have to deal with someone they really don’t understand.

Patrick Bateman has been a subject of interest for a while now since he narrates a good chunk of his own story and a lot of it is uniquely terrifying since the guy is a straight-up psycho that has no regard for anyone else. But the world he lives in appears to be so blissfully unaware of the things he does that a lot of people believe that a lot of this movie is happening in his head and that he has no knowledge of it until later. By the time the movie ends one has to really sit and wonder just how much is going on in the guy’s fractured mind and how much he’s actually guilty of, and it’s a mess to sort out.

1. Henry: Portrait of a Serial Killer

If the other movies are hard to watch, this one is damn near impossible simply because there is a use of morality in it but the fact that it’s tossed about like an everyday item and then abandoned so casually makes it about as ineffective as a mask after Halloween. Henry is a seriously deranged individual that appears to attract other deranged individuals such as Otis, and yet Henry still has lines he won’t cross, at least until he sees no other choice. Saving a woman from being raped only to kill her and chop her up later doesn’t denote a rational mind after all.

Seeing things from a killer’s view is a tad troubling.