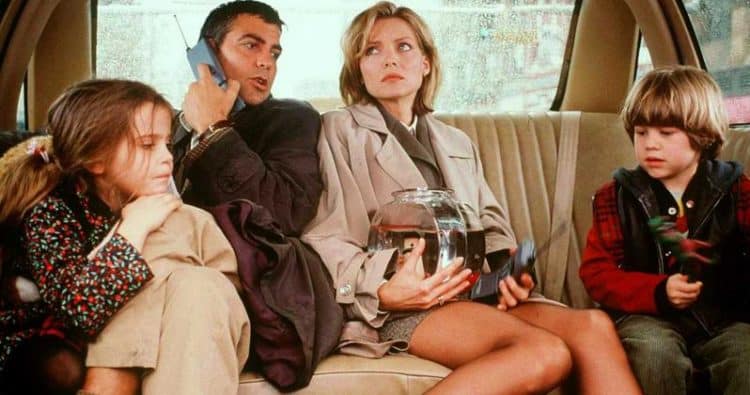 You wouldn’t think that acting while you’re intoxicated would be a good idea unless the director wants raw emotion and is looking to get someone to act without inhibitions, but there are actors that have actually admitted to being on screen after taking down a few drinks or shots, which is amazing since a lot of us couldn’t really be expected to be at our best after a two or more shots. Of course, that’s usually chalked up to a low tolerance with some folks, but it could also be something along the lines of the fact that we’re typically not supposed to go to work drunk. Obviously there are plenty of exceptions to this rule since acting while drunk isn’t quite the same as say, operating heavy machinery or trying to keep people safe. It still feels a little irresponsible, but there are times when being a little sauced isn’t too bad since it can relax a person’s nerves and loosen them up a bit, which might be needed if people are really going to get into acting out a scene. Of course, it’s not an excuse for showing up on the set and being entirely too sloppy, but a shot or two can build up a person’s confidence and allow them to relax.

Here are a few actors that have admitted to being drunk during a scene.

If you’ve seen this movie then you’ll know it’s not exactly something that would surprise a lot of folks since the main point was that Jack and his brothers were moonshiners just trying to make a living even as their way of life was being threatened. But the fact that Shia partook of a bit of moonshine now and then isn’t too surprising, but hearing that he was doing it for the sake of the movie is enough to make a person raise their eyebrows a bit. Anyone that’s ever taken a hit of moonshine, the real stuff, not the flavored stuff found in the stores, knows that taking a nip now and then is bound to redden the eyes the next day and put some serious steel in your spine for a little while at least.

Believe it or not, she needed to steady her nerves before a sex scene with Leonardo DiCaprio, and it went off just well, no pun intended, since the tequila she imbibed helped to loosen her nerves just enough that the scene was able to happen without a hitch and things went just fine. This kind of makes one wonder how many other stars are in need of a strong drink or a shot before they have to get in bed with someone else, especially if they’re married and know that their spouse is bound to feel a certain way about such an act. To be fair though, anyone married to an actor is bound to run into this kind of thing at some point.

Does anyone remember this movie? Well, apparently both Neve and Denise were pretty nervous about the scene, which was a lesbian love scene involving French-kissing that needed to be as authentic as possible. Any young, adolescent boy that watched this movie was no doubt wondering just how far they were going to go since the whole love scene thing was pretty hot and heavy for a while, and it’s easy to think that the two actresses might have needed to take their time and really get into the moment, which means that they had to down a bottle between them along with some wine to make it happen.

If anyone remembers this movie, and it was actually kind of enjoyable, it might be interesting to realize that Clooney was actually drunk during one day of shooting since he’d stayed out the night before until around 1 in the morning. The downside of this, apart from his breath smelling kind of rank the next day, was that he was still drunk when he came to the set. Michelle Pfieffer actually agreed that he smelled like a brewery by the time he rolled in, and the two had a good laugh over it later on. Thankfully though, the movie did go ahead and it was finished eventually and things turned out alright.

The only thing about this is that Billy Bob apparently loves kids, unlike his on-screen persona. But it sounds as though he was actually drunk for a good deal of this movie, though the director and those around him didn’t care since it added to the whole idea of a belligerent, continually-sauced and irate Santa that was perhaps one of the most iconic characters to come along in a while. Yeah, you read that right.

Drunk isn’t always the same as sloppy after all.