Home
Movies
Why We’re Excited to See “The Snowman” 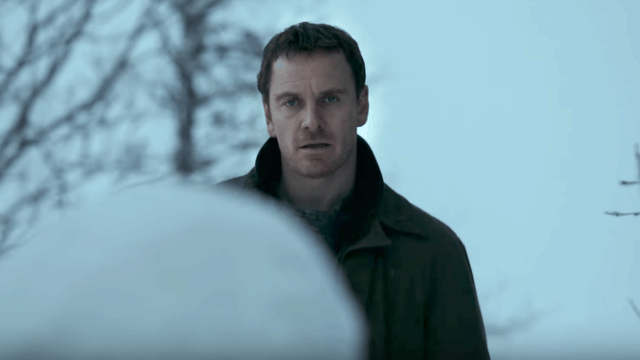 The Snowman is an upcoming crime thriller with horror elements. Like its name suggests, it is centered around a detective’s efforts to find a serial killer whose calling card happens to be a snowman at the scene of the crime. This means that it is facing an uphill climb because snowmen are not exactly the spookiest objects out there, but if the trailer is any indication of the movie’s final quality, it is much better and much more suspenseful than it has any right to be. As a result, we are excited to see The Snowman when it comes out on October 20 of 2017 for this as well as other reasons.

Here are some of the other reasons that we are interested in seeing The Snowman:

Most people won’t have heard of Tomas Alfredson, who is a Swedish director of some note. However, he did direct Let the Right One In in 2008 as well as Tinker Tailor Soldier Spy in 2011. Combined with the fact that he has won a couple of Sweden’s Guldbagge Awards for Best Direction, he seems like a solid choice for the upcoming crime thriller.

The Snowman is based on a Norwegian novel of the same name, which was written by a Norwegian writer and musician named Jo NesbÃ¸. So far, his books have sold more than 30 million copies after being translated into more than 40 languages, meaning that there must be something worth reading in them. In fact, it is worth noting that the highest-grossing Norwegian movie of all time was based on one of his books called The Headhunters.

Primarily, The Snowman will be centered around Detective Harry Hole, who will be played by Michael Fassbender. Most people should be familiar with his name from his appearances in a number of well-known movies that include but are not limited to 300, 12 Years a Slave, and Steve Jobs. Furthermore, the sheer range of his roles speaks volumes about the extent of his expertise and experience as an actor. Likewise, the lead female character will be Detective Harry Hole’s coworker Katrine Bratt, who will be played by Rebecca Ferguson. Although she is not as well-known as Fassbender, she has appeared in The White Queen as well as the Mission Impossible franchise, meaning that she is no slouch when it comes to acting either.

If the plot of the novel is predictive of the plot of the movie, it seems probable that The Snowman will have an interesting mix of conflict. For example, there is the main storyline of finding the serial killer in time to prevent future victims. However, there will also be conflict between the two lead characters as well as conflict between the lead characters and the police force, which is under serious public pressure to find the serial killer. As a result, The Snowman promises to provide a richer narrative than most people would expect based on initial appearances, which could combine well with the sense of suspense seen in the trailer.