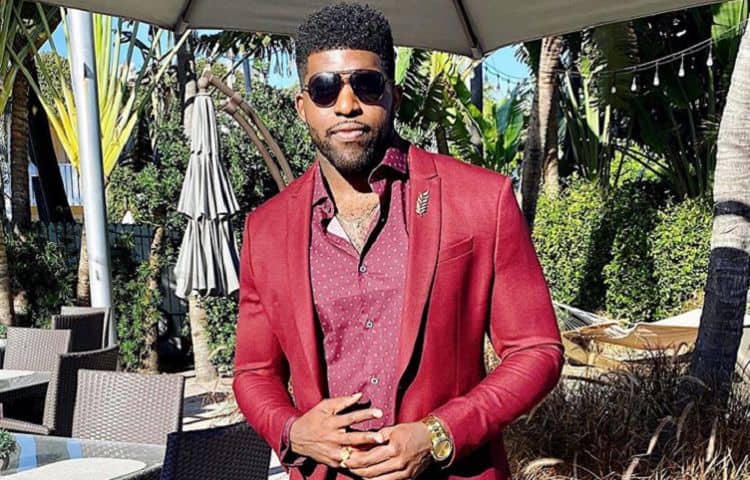 Emmanuel Acho probably always thought that his football career would be his legacy. However, several years after playing his final game int he NFL his career has moved in a different direction. He was recently hired by FOX Sports to be the cohost of the show Speak For Yourself. He is also becoming increasingly well-known for his work as an activist. Emmanuel recently launched an online series called Uncomfortable Conversations with a Black Man where he discusses issues surrounding racism. Acho is a primse example of what can happen when you use your platform to stand up for things you believe in, and it doesn’t look like he’ll be stopping any time soon. Keep reading for 10 things you didn’t know about Emmanuel Acho.

1. His Brother Is Also A Football Player

The odds of making it to the NFL are pretty slim, but the Acho family has been there twice. Emmanuel’s older brother, Sam, is currently a professional football player for the Tampa Bay Buccaneers. He has been in the league since 2011 and has played for three other teams.

Emmanuel Acho is a devout Christian who keeps his faith at the forefront of everything in his life. Even the current conversations he’s been having about race were inspired by his faith. He says, “Everything has culminated at once, very similar to my ‘Esther moment’ in the Bible. ‘Who knows whether or not you have come to the kingdom for such a time as this?’ (paraphrase of Esther 4:14). This has been my time. This has been my moment.”

Sports isn’t the only thing that Emmanuel is good at. He is also a talented singer and piano player who loves expressing himself through his music. H has shared videos of himself singing on social media and he’s definitely got some skills. He hasn’t released any original music and he hasn’t discussed whether or not he has any plans to.

Emmanuel definitely isn’t your stereotypical ‘jock’. On top of his musical skills, Emmanuel is also a talented writer. He wrote a piece called “Faith, Fear, and Football” which was published on The Players Tribune. In the piece he discussed the alarmingly high number of football players who suffer from CTEs.

5. He Has Nigerian Roots

Emmanuel was born and raised in Texas, but his family is originally from Nigeria. Emmanuel’s father, Sonny, is a pastor and mental health professional who worked in the Dallas area. Although Texas is Emmanuel’s home, he is very proud of his Nigerian roots and feels a strong connection to his culture.

6. He Went To Prom With One Of His Instagram Followers

On top of all of his accomplishments, Emmanuel seems to genuinely be a good guy. Back in 2015, Hannah Delomonte, one of Emmanuel’s Instagram followers DMd him to ask if he’d take her to prom if she was able to get 2,000 retweets. Acho said if she could get 10,000 retweets they had a deal. Hannah easily passed the 10,000 mark and Emmanuel made good on his promise by asking the teen to prom. Not only did he attend the dance, but he sang to Hannah as well.

7. He Loves Giving Back To The Community

Helping those in need has always been at the top of Emmanuel’s priority list. Over the last several years, he has worked with several organizations to give back to the community. One of the the causes that is more important to his heart is Operation Hope which is an annual trip to Nigeria’s most rural areas where volunteers, including doctors, help tend to medical and other needs.

Nothing can help expand your perspective like traveling all over the world. Being exposed to other cultures and places can truly be a great learning experience. Emmanuel has been fortunate enough to travel often throughout his life. He’s gotten to visit lots of different places including Ireland and Hawaii.

When you live a life that often puts you in the public eye, it’s extremely important to have a strong support system to keep you grounded. For Emmanuel, that support system has always been his family. He grew up in a very close knit family and he remains close to his parents and siblings.

Education is very important to Emmanuel. During one of his off seasons, he returned to school to pursue a master’s degree at the University of Texas. While in graduate school, he studied sports psychology where he was especially focused on competitive athletes.