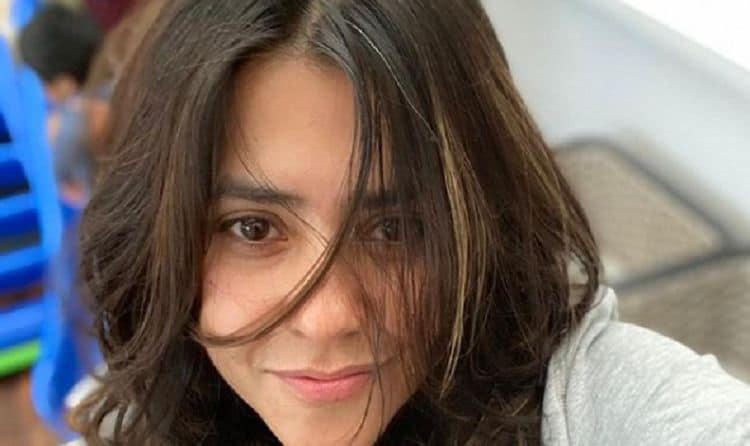 The name Ekta Kapoor might not mean much to you if you’re not an Indian film or television fan, but she’s one of the most famous producers and directors in the Indian film industry. She’s making some headlines at the moment as it’s been recently accounted that actress Adaa Khan will be making her big comeback in a Kapoor project that takes on the supernatural. With her name in the press so much these days, it seems her fans want to learn as much as they can about her.

1. She’s Older than She Looks

She’s so accomplished you might not have a problem believing she’s in her mid to late 40s. That is, until you see her face. Once you see her face, you’ll have a different thought. She’s so young looking for her own age. She looks like she could be in her mid-20s to early 30s, but nowhere near 46. She was born on June 7, 1975.

2. Talent is a Family Trait

While she may not be an actor, she is born to two of them. Her mother and father are actors Jeetendra and Shobha. Her brother is Tusshar. They are all Bollywood actors. We should mention she is the older sibling of the two, also.

Kapoor is a mother. She has a little boy who was born in 2019. However, she is unmarried and, as far as we know, not in a relationship. She had her baby via surrogacy, and it seems like it was just a situation she wanted to have in her own life. She wanted to be a mother. It’s not like her doctors didn’t mention to her that once you reach the age of 36, your chances of naturally conceiving and having a healthy pregnancy continuously shrink, and you’re automatically considered high-risk. We imagine she knew these things, she did what she felt was best, and she’s a very, very proud mother.

4. Her Dad Helped Her Out

She did some intern work when she was 17 and continued to prove that what she was doing is what she wanted to do with her life. She knew she was going to go into the filmmaking industry, and her father felt that he was making a wise investment in her when he financed her business. It’s been successful for her, and therefore, successful for him.

5. She Learned Through Failure

Don’t think that she had it easy, either. She might have had a father in the business who was able to finance her business and allow her to get a leg up on the competition, but she also had mostly failures from the start. She had six pilots that didn’t make it, she was rejected more than a few times, and she had to learn the hard way to grow, evolve, and get better. And, it worked.

6. She Started a School

She’s the founder of a school that teaches media to those who want to learn. She began her school in 2012. It’s the Institute of Creative Excellence, and the program is designed to share what she knows and make sure that the future of television and film is going to be the best of the best. It was a great effort, and it’s been a success.

Maybe they’re not regrets, but she does occasionally look back on some of her early work and wonder what she was thinking and what she thought would be so good about this show or that one. She’s sometimes criticized for the writing on her shows, but she knows that she’s evolved and that she is learning from mistakes.

This is a woman who does not – ever – discuss her personal life. It is hers, and it is hers alone. She is not looking for approval or permission from anyone but herself, and she is fine with that. Her life is her own, and no one will tell her otherwise.

9. She is Not Someone Who Judges Others

Something else she’s been very clear about her entire life is the fact that she’s not someone who judges others. Her life is not spent being the judgmental type, and we have a feeling that’s likely because she doesn’t focus on what others are doing. She’s so focused on what she is doing and how she is living her own life, she doesn’t have time for that.