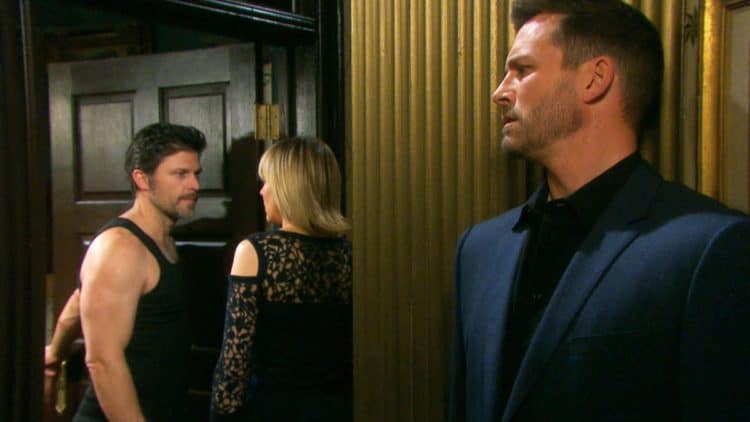 Days of Our Lives fans know that not every single people who is on the show gets to be a major character. In fact, some of them never get to be anything other than a small character who has a few lines here and there, and that’s all right. Those are sometimes some of the very best characters, and we all know it. These are what you might call recurring in some instances, but even that might be something of a stretch. They have small roles, but they make big impacts. We thought we might go back over the past few years of history in Salem — and by few we mean so many — and find out which of the people who came and went in a small role were our favorites. Were they the small characters you also loved and appreciated?

She didn’t have the biggest role on the show, but she was what we might call a major minor character. She did a lot, she gave back to many, and she made things happen. She’s good at what she does, and we always appreciated her for it. She was someone special on the show, and that might just be all that matters. She’s the kind of gal who came into Salem with some big plans, some big mouth situations, and a big personality that had to carry around her rather sizable ego. She’s not nice. She did horrible things, but she also make it impossible to forget who she is. You know her, and we know you know here because we all know her. She’s a bad you-know-what, and we love her for it. Her death was awful, and it seemed so final. We can’t really see her coming back from that one, but we hope she one days makes an impact.

She’s not a nice person, either, but she can make us laugh more than just about anyone else in Salem. She’s got a lot of problems, and one of them is that the woman she’s made to look like just isn’t there anymore. It’s hard to be someone who has some issues if you’re not there to take over the life of your doppleganger anymore. She and Adrienne were twins to a fault, but now that Adrienne is gone, we have to ask ourselves if the role of Bonnie might take a turn. You see, she was only around a little here and there to keep things as interesting as possible, but what if she has a chance to come back now?

Adrienne is dead and gone, but there is always a chance that Judi Evans might decide she herself would like to return to the show and have a good time. There might be something like a new role for her playing the role of Bonnie full time, which means we’d get to see her all the time. We don’t see a problem with that, and she’d no longer be a minor player in the game, either. That would be amazing.

Oh, Hattie. She’s a mess. She might be the biggest mess of anyone we know, but we love her. The role she plays is a small one, meaning she comes and goes on a regular basis, but never for long. She’s always causing problems — especially for Marlena since they are dopplegangers — and she’s always in a situation that makes her a disaster. However, she was useful a time or two. She’s been able to help John and Marlena out a few times even if they hate her and she’s not a big fan of theirs, but it happens more than it doesn’t. She’s someone with the kind of personality that makes you want more of her even when she’s being a total nightmare. We like her, and we’d love to see more of her. Right now, she’s around and making things happen, but she certainly does make us giggle. She’s a mess to the point that she is comical all the time. She’s not that bright, she has horrible ideas, and we are always waiting for her to show up and liven things up. She might be our favorite of all the small roles.