Home
Television
Days of Our Lives Spoilers: Abby Confronts Stefan About His Plan 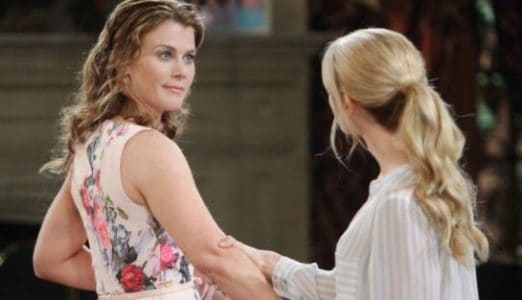 Days of Our Lives are going to see Abby make a bold accusation. She’s on the fence about a few things, and she’s making accusations left and right. She’s got a bone to pick with someone, and she’s not letting anything go right now. She’s got to let Stefan know she’s knows what he is up to, and she’s not afraid to confront him to his face. She’s going to tell him she’s not at all happy — or stupid — about what he’s up to, which is attempting to cause problems in the middle of her relationship.

She’s not down with it, and she’s not going to go out on a limb and forgo telling him how she feels. She’s got to let him know she’s unhappy, and that she’s not afraid to stand up for herself. She won’t just ask him what’s up with it, either. She will demand to know what is going on, why it’s happening, and just what he thinks he can gain by doing this to her and her husband.

She might just tell him she’s not in the mood for people to do whatever they want to do and use her and her family as their fall-back to get what they want out of life. She’s angry, and we think that Stefan will be a little bit impressed by her anger. She might not like what he has to say, but he won’t find himself annoyed with her at all. He might find himself intrigued.