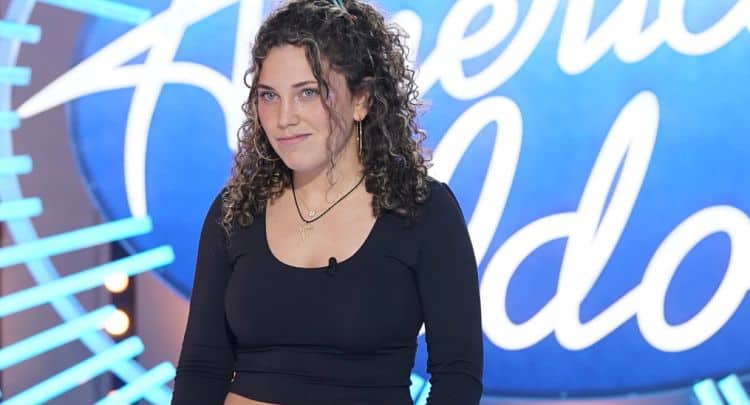 When Danielle Finn first tried out for American Idol, it was almost a year ago. She tried out via Zoom for many, many people at one time. She was intimidated by how many people were on the call with her, but they liked her and asked her to do it again on another Zoom call. That was the one that brought her the good news – she’d get to audition in front of the judges. She didn’t get to do that until October of 2021, however, and she wasn’t allowed to tell her friends, her family, or anyone else until spring that she made it to Hollywood – which is basically home to the Los Angeles native. She’s one of the Top 24 on the show, and she’s been holding onto the hope she’d make it for many months…and she is so excited to be where she is now.

She made it to the top 24, but not without facing some adversity from her favorite judge. Katy Perry, who loves her and hopes she succeeds, was not impressed. She told the young singer she’s been fighting for her since day one, but that she has to fight for herself now.

She’s one of those people who doesn’t look her age. You can’t tell how old she is. Sometimes, she dresses in a way that makes her look as if she’s in her 30s. Other times, what she wears has her looking just like a 17-year-old girl. She’s got one of those faces that she can dress up, she can dress down, she can make herself look older, she can make herself look younger, but fans are shocked to learn she is only 17.

She has not even graduated from high school yet. She’s only 17, and she is a student at the Los Angeles Orthodox School. She’s a girl who is working so hard to realize her own dreams despite the fact that she is still so young. She’s doing well, but she has a long way to go.

She did big things in 2021. She posted a video of herself on TikTok back in 2021 singing a song called Crazy. It was originally performed by none other than Gnarls Barkley. She sang it herself, and it’s gone viral. We mean super-viral, too. She has more than a half-million likes on the post and she has more than 2 million people viewing it.

She’s a practicing Jew, too. She attends a modern orthodox school, but she loves it because she is able to be herself while she is there. She practices something called Modern Orthodox Judaism, and it’s something she finds important.

She’s not just a talented singer who will go a long way with her career even if she does not win this show. She is also a young woman who has done some big things in her life otherwise. She writes her own music, and she has plans to release her own song, too. She’s got a lot going for her, and she will make it all happen. A singer who can write her own music is a powerhouse.

7. She is a Lifelong Singer

Here’s a girl who spent her entire life singing. She wanted to make sure she had the chance to change her own life more than a few times, and she did it. She doesn’t remember singing when she was little, but her mother said she’s always done it. Now that she is older, she’s taken it into her own hands, and she is the one in control of her new situation.

8. She Appreciates Her Low Voice

Something she is happy about is that her voice is not the same as other girls. She knows that many female singers have a much higher voice than she does. Hers is quite low, but she doesn’t let that bother her. She embraces it, and she’s made it her own over the years.

9. Idol has Been Good to Her Faith

While filming, she’s found that the show has been very good to her about her faith. They’ve allowed her to continue to practice what’s important to her through her life and her faith, and they have made accommodations that have allowed her to continue to do that despite filming, interviews, and even meal plans. She’s been very grateful to have her religious preferences respected throughout this process.

Of all the things that she is, kind is the most important to her. She just wants the world to know this about her. She is kind, she is a good person, and she is someone who has made a lot of changes in her own life to be who she is and to follow her dreams.