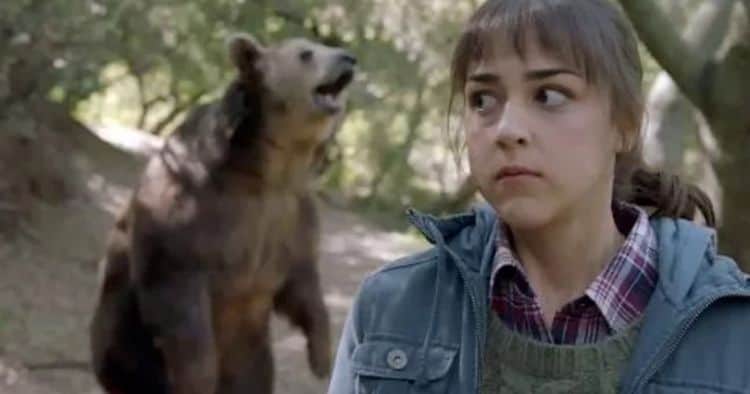 Cyrina Fiallo has one of those faces you know. You know it each time you see her. You know where you’ve seen her before, you know what roles she’s had, and you know immediately upon seeing her face that she is someone who is good at what she does. The young actress has been in the business for well over a decade, yet she continues to impress all of us with her talent, her wit, and her personality. Yet, most of us have no idea who she really is.

She’s so young, yet she’s done so much. Cyrina Fiallo was born on December 29, 1991. This means she’ll ring in the New Year for 2022 as a 30-year-old. It’s such a great decade, and she was also fortunate enough that her most important years growing up did not include things like social media and the internet in your pocket. These are very good things kids will never know again.

She is a born and raised Floridian. She’s from the sunshine state, and she’s from one of the most famous cities in the state. She was born and raised in Miami, though we cannot pinpoint precisely where – and Miami is a large city with a lot of surrounding neighborhoods she might have called home.

Her face is also recognizable not only because of the many shows in which she’s starred, but also because she’s in almost all the commercials. Another exaggeration, but you know what we mean. She’s a star in commercials such as booking.com, Allstate insurance, and Pepsi. She also has roles in Capital One commercials and she’s done some work for Subaru in the commercial world.

4. She Has Been in Everything on Television

Perhaps that is a big of an exaggeration, but it’s not a large exaggeration. She’s been in so many shows that we cannot even keep track of her any longer. She’s had roles in shows like “Good Luck Charlie,” on the Disney Channel, “Glee,” “Community,” “Everybody Hates Chris,” “Switched at Birth,” “Supernatural,” “Girl Meets World,” and just about every other thing there is.

She has a lovely heritage from which she derives so many of her striking features, and we imagine some of her own personality traits. While we don’t know which of her parents or sets of grandparents is to thank for each side of her heritage, she is both Cuban and Italian. What a great combination.

She played a witch on the show, but she didn’t watch a single episode prior to being cast as a witch. She always heard good things about it, but she never found the time to sit down and watch prior to being cast. However, she did what any normal woman does – she binged it when she got a call about the audition.

She was only there for a few days, and she was on set as a new girl with a bunch of people who’d worked together for some time. She felt nervous about it before she went on set, but the people who’d been there for so long were quite welcoming and made her feel like she was part of the group even though it was only her role for a few days.

8. She is Every Woman

She is a woman who is like all of us. She recently tweeted that she is the kind of woman who sets her alarm for 8 am and proceeds to check her alarm 700 times because she wants to be sure it’s AM and not PM. She’s all of us.

She’s a musician, too, and we bet you did not know this. It’s a cover band, which means she does not perform her own music. They sing the songs of other musicians, and she is part of “The Girls,” with two other actresses who also like to sing and have a good time with their music.

If there is one thing that is important to this young actress, it is absolutely her own privacy. She lives a very public life, but she is not the type to go out and seek the kind of attention that so many others look for. She’s happy living a public life when she’s working and doing press, but she likes to keep to herself otherwise.