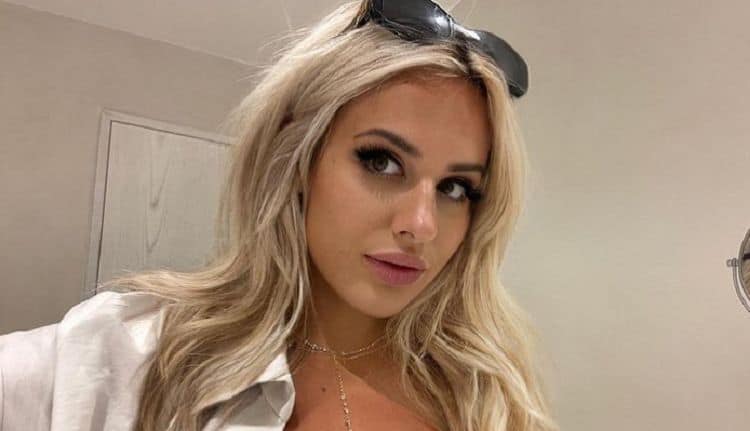 The name Blair Walnuts might not seem like a real name, but it’s the name of a woman who is doing big business on the internet. She’s all about beauty and lifestyle-related things, and she is a big star. If you don’t follow her online, you may not know who she is. However, she’s made quite the impression on her millions of followers and subscribers, and it’s time for people to get to know who she is. She’s made a living from selling her lifestyle and beauty secrets to the women of the world, and we are impressed to learn more about her.

1. She is from Bulgaria

She was not born and raised in the United States, but she does live here now. She was actually born and raised with her family in Bulgaria, and she made her way to America later. She’s enjoying her life and the time she spends doing all the American things, and it shows in her work.

She loves food, and she’s not afraid to admit that. She loves to take part in eating challenges and food challenges, to try new things, and to come up with new ideas for her meals. It is our own opinion that she is a woman who really enjoys food and making the most of what she’s eating when she’s at the table or in the kitchen.

She hasn’t been famous for very long, but she’s become very famous very quickly. The first time she posted to YouTube was a cold December night in 2017. She’s barely been online for four years at this point, but her fanbase continues to grow. Her fans support her.

4. She’s All About Body Positivity

One thing that sets her apart from other influencers and beauty gurus is that Walnuts is a woman who does not have a problem with her body or the bodies of any other men or women in the world. She knows that her body is what it is because she makes it this way, and she supports being positive in your own skin no matter what it looks like. It’s your body – so own it.

She’s been called mindful on many occasions, and that is a good thing. She’s into taking care of herself and being very careful what she says and what she puts into the universe. She’s a woman who does have so much going on in her life, but she is forever thoughtful of that and of others.

Sadly, she is no longer engaged. She and a fellow online personality by the name of Nik Stone were together for some time. Their relationship was strong enough for her to say yes when he asked her to marry him, but it seems that they have ended their relationship. After nearly seven years together, her ex has made a public statement that Walnuts did him ‘dirty’ and he wants to be sure the world knows that this split is her fault and not his own.

8. She Takes Care of Herself

In addition to her beauty and lifestyle pages, she also has a page that is dedicated to caring for herself. She asks her followers to work out alongside her, to get fit and healthy with her, and to take care of their bodies the same way she takes care of hers. Walnuts knows that this is the only body she has, and she is good about caring for it properly.

9. She Said She and her Ex Were Drifting Apart

When this couple split suddenly after seven years together, people were shocked. She did say that they just drifted apart, and that it was a long time coming. That implies that they grew apart to us, but it’s basically all she would say about it.

Nik says otherwise. He did not acknowledge that they were drifting apart. He claimed that she simply said really ugly things about him, including the fact that he would be nowhere and be nothing without her, and that she is the only reason he is famous. It’s all ugly if you ask us.