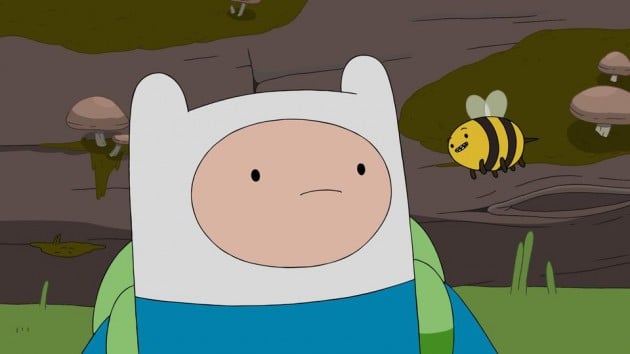 I’ll be the first to tell you that I don’t understand the scheduling of Cartoon Network TV shows, but when there are new episodes of my favorite shows I just go with it. My personal favorite (and I’m sure it’s many others’ favorite as well) is Adventure Time, Â which began its sixth season in April and has continued it into the new year, with “Astral Plane” airing just this past Thursday. If you haven’t been able to keep up with the crazy scheduling of some of the episodes this season but still want to catch up before Season 6 ends, don’t worry. I’ve seen every single episode andÂ compiled this handy list, a cheat sheet of sorts, that can help anyone see all the highlights from this season so far. These are the six best episodes of Adventure Time Season 6. 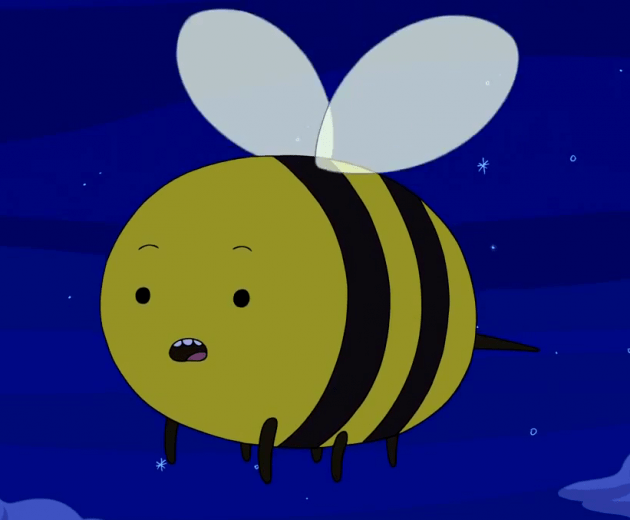 Finn’s flower arm is very sad and dying, and it’s attracting all the ladies. Actually just one lady, a bee lady named Breezy, and she’s weird and wonderful. There’s a nice song in the beginning called “Lost in the Darkness,” which really hits that angsty, pre-teen feeling we’ve all been through. “Breezy” pushes some boundaries for the show. We’ve seen Finn deal with his breakup with Flame Princess, which involves some introspective moments the show needs, so in this episode, Finn thinks that “making out” with a bunch of girls will make him feel something, and he enlists Breezy to wing-woman him. He’s polite about it, I’ll give him that.

While Finn and Breezy’s relationship seems innocent, Breezy is desperately in love with the flower growing out of Finn’s arm, and at one point she even calls Finn “flower.” Their relationship gets a little weird when a bunch of bees beat up Finn and Breezy sacrifices her freedom to save him. Finn is honest when he tells Breezy he wasn’t interested in any sort of long-term relationship (something I feel is very necessary considering the show’s target audience).

Eventually Breezy sings and Finn’s flower arm turns into a regular arm again! We also see a vision of Princess Bubblegum holding the Finn sword seen later in the season, so that was mysterious. I included this episode because it was an excellent transition from a sad Finn to a happier Finn, though I predict that the return of his right arm is only temporary because of the flash-forwards of armless Finn. 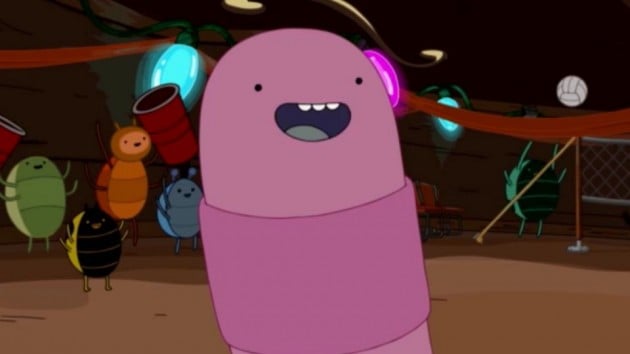 Shelby is a character we don’t know much about, and just when I think we might learn something about him, he splits in two and loses the spotlight. Regardless, if Shelby’s limelight was stolen, his little brother Kent won my heart in less than five minutes. I have a great appreciation for great story telling in a fifteen minute time slot, so “Little Brother” was perfect. Overall, Kent goes on an adventure in the roots of the tree Finn and Jake live in, and he’s sent on a quest. Who doesn’t love a quest? He has to retrieve three special items from various rats around the tree to defeat the rat king. It’s just a really great episode, and the end gets me every time. Kent and Shelby sing a little song about missing one another (even though they’ve only known each other for less than a day). It’s a super cute episode, and I hope to see more of Kent in the future, what a spunky little dude. 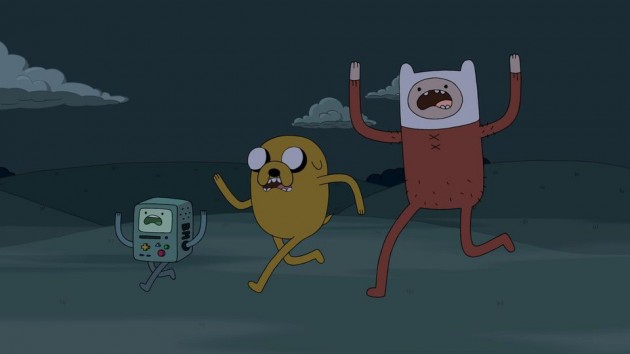 One of the funniest episodes, ever? I rewatched this episode for a third time, and it’s still so funny. Jake is having a bad day, so he goes to make some soup and while he he does a fly stops by to have some. Jakes gets grossed out and kills the fly immediately.

It gets really silly the following night when Jake wakes up to the sound of 1930’s jazz, and when he goes down to see if BMO is playing the loud music, he finds, sure enough, the ghost of the fly–wearing a sheet–with a scythe. The ghost fly zooms around trying to kill Finn, BMO and Jake saying ‘ooo’ not-so ominously.

Jake finally defeats the fly when BMO (who has been practicing a very special kind of karate) stops his heart so Jake can kill the fly in its own plane of existence. Jake knocks over the soup he was making early, and yep, the soup turns into a ghost as well (sheet included). I died and became a ghost at this moment. The ghost fly finishes its unfinished business and almost goes to the afterlife until Jake kills it, yet again. This episode is too silly to leave off the list. 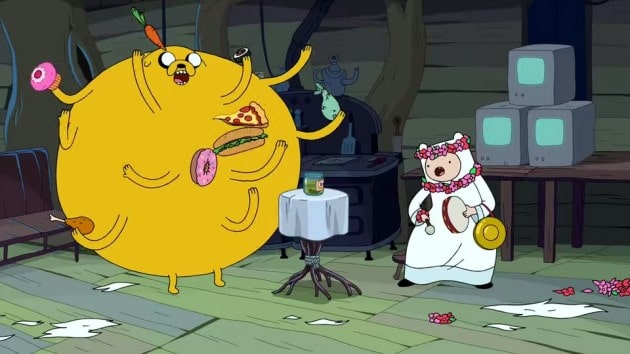 Prismo is back in this wild episode that I had to watch a few times to understand. Prismo is a character we don’t get to see much, but he’s pretty hilarious every time we do see him. Jake and Finn have a funeral-like ceremony for Prismo’s last pickle and everything gets confusing after that (confusing in the best way possible, trust me). The pickles transport Jake to Prismo’s world, and another version of himself is stuck back with Finn reenacting memories.

We see the events of “Wake Up” again and get a nice line from Jake about it: “I remember feeling like someone had peeled a layer away from my brain and my reality was no longer anchored to any point of reference. And I had to fight from being crushed under a new paradigm of ultimate reality,” which just goes to show how introspective Adventure Time can be. I feel like Jake’s description of losing Prismo is a great way to explain losing people you love in any fashion.

This episode also does an excellent job of explaining the confusing events as the episode continues, so the viewers don’t get too lost. Finn explains Jakes reoccurring memories and actions like this: “It seems like all of Jake’s memories are re-manifesting themselves but as soon as I break their history it creates a paradox and Jake explodes.” That’s pretty deep for a kid’s show.

Jake finds the amazing bed Prismo’s host slept in, and when Jake sleeps in it, Prismo comes back into existence! At this point Jake #2 goes to Prismo’s world, and Finn follows. Past Prismo intercepts Finn and tells him to wake up Jake who is sleeping in the bed and Prismo dies again. They all talk for a bit, and then Finn has to stop Finn #2 from waking Jake #2 up from the bed. When Finn confronts Finn #2, the duplicate explodes and transforms into the sword we saw in “Breezy.” This episode was a lot to comprehend and that’s exactly why it earns its place on the list.

Filler episodes can be boring, and Adventure Time has its fair share of those. “Jake the Brick” is not boring; it’s peaceful. Jake takes the form of a brick in a nearly demolished house in order to experience what it’s like to be a brick when a house collapses. In the end, Jake becomes preoccupied with a bunny surviving through a rough storm. Jake begins to narrate the bunny’s experience and it’s accidentally projected on the radio via the walky-talky Finn left behind. It’s a calm, relaxing episode as you listen to Jake tell the story of the bunny, and you become attached to its well-being just like all of the listeners of the radio show. 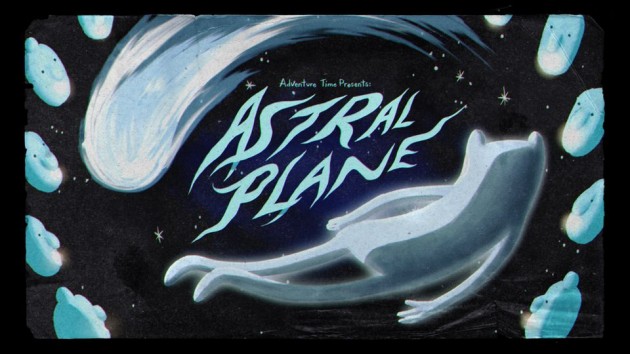 Casual Adventure Time fans should catch up, because something big is happening–soon. Adventure Time‘s newest episode quite literally went out of this world. Fans have theorized that our favorite buddies Finn and Jake live on a post-apocalyptic Earth, which they call the land of Ooo, and they refer to the destruction of Earth as ‘The Great Mushroom War” (nuclear war, people!). So if you watch occasionally, you may not have put that much together, and it’s cool, but here’s your warning: I think it’s about to get really good.

This episode began with a normal camping night and sent Finn on an out-of-body dreaming experience. First, we see a local fox having a similar dream experience, just much less exciting. Then we see Bounce House Princess going home and fearing a home invasion. Sure enough, a very rude porcupine enters her house and starts to eat her food. She goes into her panic room, but the intruder gets in and, guess what, pops her! Poor thing. Then we see the Ice King in the Cloud Kingdom, which didn’t seem to have much impact on the episode. Finn sees Marceline floating above the clouds singing a sad song, and he wonders if being a loner provides more creative thoughts. Then he sees a ring of space lards (I don’t know, guys) and watches one give birth (still don’t know!), but he comes to a nice conclusion: “Maybe birth is the greatest creative statement in all the universe.” Finally, Finn arrives at Mars, where we meet Glob, the infamous god-like figure to which everyone refers.

Finn asks an important question to the all-powerful Glob: “If just being born is the greatest act of creation then what are you supposed to do after that? Isn’t everything that comes next sort of disappointment? Slowly atrophying until we deflate into a pile of mush?” Glob responds, saying, “It’s not enough to have created something amazing, right? What if I just let my Martian super society go to butt?” Glob then proceeds to fly into the comet crashing into Mars and saves everyone with his death. Finn finally turns to the camera and says, “Glob is dead,” which made me laugh out loud. No matter how silly Adventure Time gets it always pulls it all together with episodes like this one. These episodes hit home for all ages experiencing existential crises, and it’s comforting to know a cartoon can capture that feeling in a fifteen minute episode.

So there you have it, my favorite episodes of Adventure Times’ sixth season. What were yours? 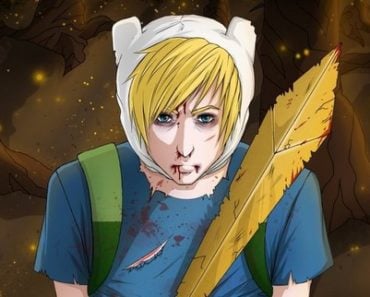 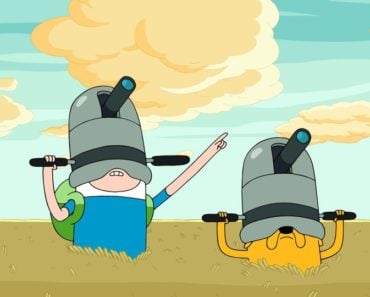 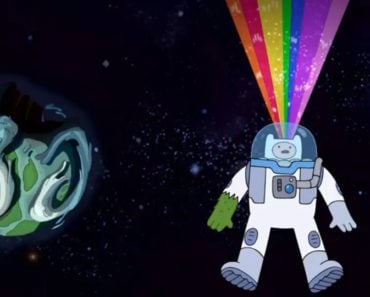 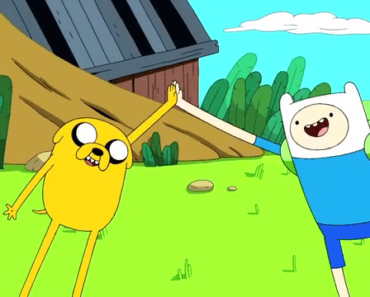