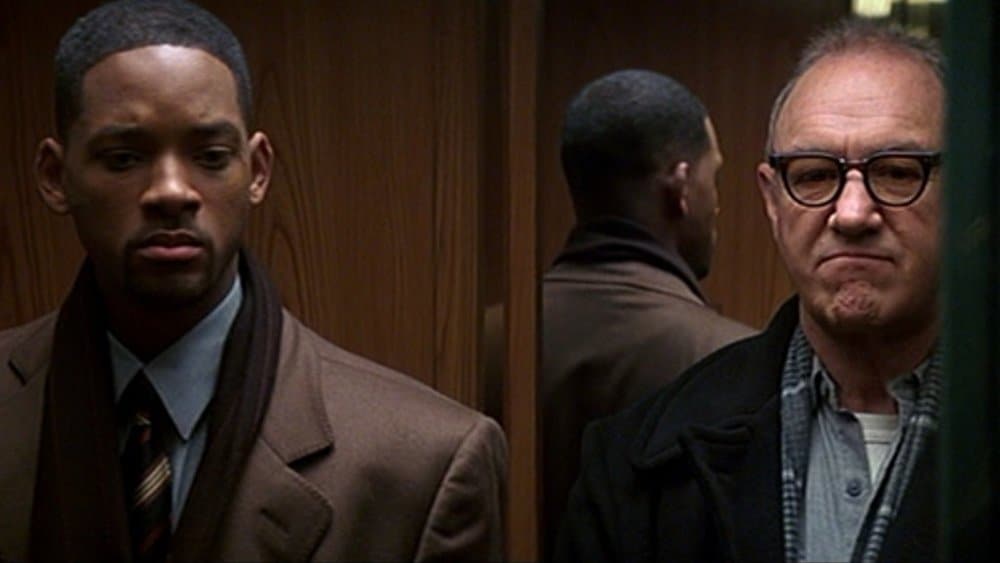 Those that have a serious belief that the government is out to get them might like this list since this kind of subject is seen as a rather big deal in the movies, especially since these days there’s a rather big love for conspiracy theories. Where the movies soften things up however is in the execution of said coverups since quite often the exposition will go into as little detail as possible or so much that it will feel over the top and not at all realistic, which is a good idea considering that a lot of people are already on high alert when it comes the government anyway. Movies that are fashioned in this manner however are often highly entertaining since they do seek to entertain and still question the authority that governs the lot of us at the same time. Sometimes the scenarios that are seen are a little TOO good for some people, but once the credits roll most people are willing to admit that it was fantasy and go about their business.  Here are ten movies that feature some of the best government cover-ups.

In every Alien and Predator movie, the government has been a factor, but they haven’t always been as obvious as this since in order to clear the infestation of xenomorphs, the government authorized the move to nuke the entire town. It’s kind of hard to think that an entire town could be wiped off the map and no one would notice, especially since it’s not even clear if it solved the problem.

The lengths that governments and clandestine agencies will go to in order to get rid of various individuals that are supposedly in their way is astounding when seen in the movies, and it’s definitely a question that is applied to real-life more often than not. But when Marco and Raymond find that they were conditioned for a specific task, they do their best to keep it from happening, but conditioning techniques being what they are, it’s extremely difficult to think that anyone could resist after being programmed in such a way.

Speaking of being programmed, it’s certainly an odd decision to train someone to become a living weapon and then dump them in some backwater town and convince them that they’re a stoner with a go-nowhere life and condition them to have a panic attack when it comes to traveling. That would make for one very neurotic special agent, but apparently conditioning and reconditioning can accomplish anything.

The best question about this movie is how in the world could the treasure keep being moved, especially if the trove continued to grow, without attracting any unwanted attention. The idea of what would happen to many of those items when kept in a musty old space as is shown in the movie is another good question.

6. Village of the Damned

The government had an amazingly small part to play in this movie despite the fact that it was trying to hide the fact that there were more areas that had been affected just eh same as Midwich had. Instead, this movie focused primarily on the children and the havoc they managed to wreak on the town.

5. Enemy of the State

This is a good example, kind of, that shows how the government can truly mess someone up while trying to simply gain a bit of information about what they do or don’t know. It also shows that they’re willing to play dirty if they don’t get their way and that they have way too many tricks up their sleeves that they can use whenever it’s deemed necessary.

4. Raiders of the Lost Ark

The government does have a play in this movie but it comes early and late since the rest is given over to the adventure that Indiana Jones finds himself on and the action sequences that people remember the most from the movie. While the government does stick their big fat fingers in the mix at times, they’re pretty much hands-off until they get what they want.

Sometimes a person ISN’T crazy and they really ARE out to get you. As far as Mel Gibson’s movie roles go this was undoubtedly one of the craziest since his role as a man that lives and breathes conspiracy theories is one that’s actually kind of amusing given the way he plays it.

One should expect a movie like Captain America to have a pretty big government presence since his title alone gives him a lot of responsibility to live up to. But in this movie, the government gets even shadier when it becomes apparent that HYDRA is running the scenes and no one can be trusted until they prove beyond any doubt that they are working for the desired side.

If it has something to do with aliens then it’s a sure bet that the government is going to be involved somehow and that they’re going to keep it a secret for as long as they possibly can. But turning on the American people and keeping a secret this big is kind of impressive but horrifying.

We can trust our government, right?