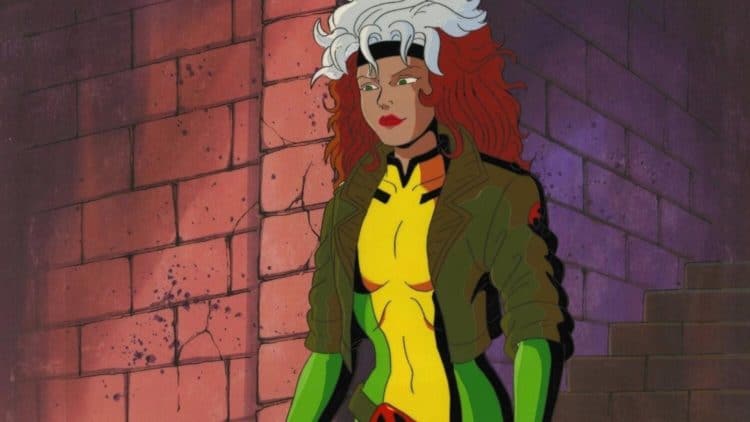 Lenore Zann is actually someone that’s pretty interesting for more than just her voice work since she’s currently a member of the Canadian Parliament for Cumberland-Colchester, so honestly while she’s done plenty of work on and behind the screen she’s also been a very influential woman that’s gone far beyond her acting gigs as well. Upon reading her resume, just for acting, you get the impression that she’s been a busy woman for most of her professional career, as she seems to have really dug into politics around 2009 but for many years before that was a very prominent actress in movies, TV, and as a voice actor as well. That’s a great deal of work to have done in any one lifetime and thinking on how she managed to keep herself centered and able to perform as much as she did is kind of difficult since she’s had a lot on her plate throughout the years. Yet somehow she managed it and brought to the viewing audience a great number of voice roles that helped to cement a legacy that a lot of people might not remember since a lot of the characters she’s voiced have either gone by the wayside or simply don’t manage to capture the attention of a great number of people.

The character pictured above is one that Lenore managed to voice for a couple of episodes of The Amazing Spider-Man as well as The X-Men animated series. Rogue, one of the X-Men that’s actually been in the movies, is a rather tragic character as she’s been depicted ever since hitting the comics as a villain initially. A mutant that can absorb and essentially ‘steal’ the powers and even characteristics of other mutants and can drain the life energy of anyone she touches, Rogue is among the most tortured characters in Marvel comics since she’s had feelings for a few individuals throughout her run but can’t ever do anything unless some monumental effort is taken to insure that she can in fact touch someone without killing them. She actually gained a couple extra abilities from remaining in contact with Captain Marvel for a little too long, and she’s even managed to absorb the powers of Thor as well in the past. The southern belle has been with the X-Men for a long time and she’s one of their true powerhouses thanks to the extra durability, the ability to fly, and the super-strength she gained from Captain Marvel. It’s actually been shown that she’s one of the more dangerous individuals, as Jonathan Thompson of CBR writes, in the Marvel universe, at least when it comes to mutants, since that single ability to drain the life from anyone is pretty lethal.

That’s not the only character that Lenore has voiced throughout the years as she’s also taken on the role of Tigra from the Avengers and many others throughout the years. It does look as though her voice acting ended in 2011 however even though she kept on acting for a while after that. According to her resume she’s been active all the way to 2018, though there’s nothing to say that she might not return now and then for an appearance but it does seem as though her time in politics might keep her a tad bit busy. The life of any politician has to be somewhat hectic what with scheduled meetings and other matters that need to be tended to now and again. But it’s easy enough to see that for a good long while she was one of those folks that could be called upon to voice a character and enjoy herself since the list of characters she’s played has been pretty extensive. Like all voice actors it would seem that she has quite the range and despite the fact that some of her voices might sound the same and a bit recycled it’s still enough to point out that if you’ve never done it then you can’t really criticize, not with any accuracy at least, just how similar or how different one voice is from another. The mere fact that a person has to enter a different mindset for each character is enough to think that coming up with a distinct voice for that character can be more than a little challenging and should be given at least some leeway if it sounds kind of similar to another character. The chances are pretty good that most of the audience isn’t going to know anyway. Jake Rossen of Mental Floss has a few other tidbits you might want to check out on voice actors.

It does seem as though Lenore has left her voice acting days behind and while she might not regret it one can at least think that she might look back on those days fondly and remember what it was like to be a part of something that people enjoyed watching. If nothing else it was an experience she won’t forget.