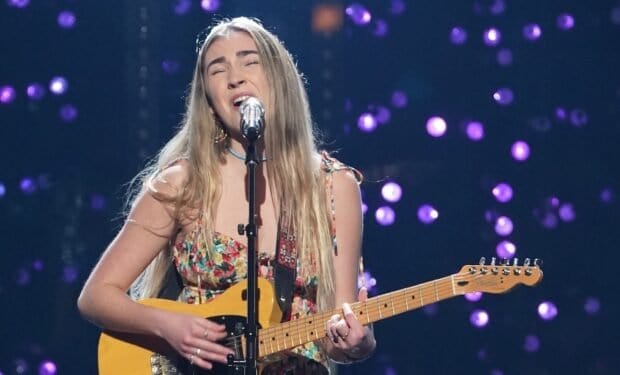 Allegra Miles has loved music for as long as she can remember, and that love has taken her on a wild ride over the years. Now, she’s hoping it’ll take her all the way to the finale of the 20th season of American Idol. Her skills have also earned her a place in the top 24 and she’s ready to keep showing the world what she can do. As a contestant on the show, Allegra has already won the respect of the judges and now she’s working on building the admiration of fans. With her beautiful singing voice and relaxed stage presence Allegra doesn’t have any problem catching people’s attention. Keep reading to learn 10 things you didn’t know about Allegra Miles.

1. She Is Originally From California

There are lots of people who will spend their entire lives living in the same area, but not Allegra. She was born in the San Diego area but moved to the U.S. Virgin Islands with her family at an early age. The family eventually relocated to Florida which is where Allegra currently lives.

2. She Has A Large Social Media Following

Having a strong social media presence has become a very powerful tool. This is particularly true for people who want to pursue careers in the entertainment industry. Fortunately for Allegra, she doesn’t have any trouble in this area. She currently has 45,000 followers on Instagram.

3. She Was A Contestant On The Voice

Being on American Idol isn’t the first time Allegra has taken her talents to a singing competition show. She was also a contestant on season 18 of The Voice. During the audition round, she was able to get two of the judges to spin around in their chairs. She made it all the way to the top nine before being eliminated from the show.

Allegra is only a teenager, but she already has a strong sense of who she is and what she believes in. She is a strong supporter of the Black Lives Matter movement and the overall fight to end racism. She has made it a point to use her platform to show her solidarity with the cause.

Just because Allegra loves her work as a singer and songwriter doesn’t mean that she wants to spend all of her time in studios or on stages. When she gets the chance to take a break, she loves spending time outdoors enjoying the beauty of nature. She especially enjoys being near the water.

6. She Has Released Her Own Music

There are some contestants on American Idol who are still very early in their music careers. Some have never even performed in front of people before. Allegra, however, has been doing her thing for several years and she’s already released some original music. That said, it doesn’t look like she’s released a full-length project.

7. She Started Playing The Piano As A Child

8. She Has Done Some Acting

Music isn’t the only way that Allegra likes to put her performance skills to good use. She has also been involved in some musicals over the years and she enjoys being able to act, too. As her career continues to grow, it’ll be interesting to see if she decides to take acting more seriously.

Allegra loves being able to share her talents with the world, and YouTube is one of the platforms that has helped her do just that. She started her channel in the fall of 2015 and she has uploaded several singing videos. To date, the channel has gotten more than 16,000 subscribers and her videos have more than 930,000 views. That number will probably grow thanks to American Idol.

10. She Was Victimized By a Catfish

Allegra has had lots of great things happen in her life, but she’s also had her share of bad times. In July of 2021, she took to social media to share an experience about a person who pretended to be a fan in order to catfish her. Although the experience was very stressful, Allegra managed to fight through it and it has become valuable content for her songs.