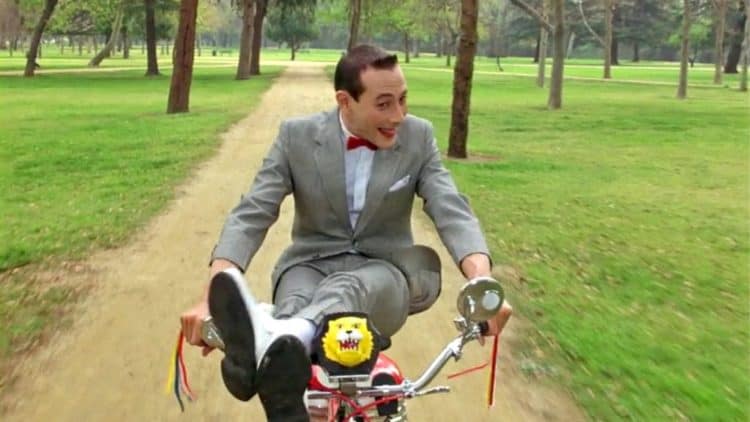 Ryan Scott of MovieWeb doesn’t appear to think that a ‘dark’ Pee-wee Herman movie could be that great of an idea, and he might be onto something since his mention of nostalgia is pretty accurate since this is one of the big trends driving show business right now and people tend to remember Pee-wee as a wholesome if somewhat goofy character that was family-friendly for the most part. But Paul Reubens has apparently been pushing for a much darker side of the popular character and even tried convincing Judd Apatow, who was in charge of Pee-wee’s last movie that appeared on Netflix. At this point neither Apatow or Netflix want to touch the idea, but the Safdie brothers, who recently impressed a lot of people with Uncut Gems and a new look for Adam Sandler have expressed interest in the movie. This idea is something that goes against what a lot of people are bound to remember of Pee-wee and despite the fact that the Safdie brothers are interested it still feels like a bad idea since Reubens’ idea is coming at a time when a lot of people are hoping to find some comfort in the past that they found, and while it might be as popular as Uncut Gems it’s also just as likely that it could work against him.

A lot of people are likely to be reminded of the incident that happened many years ago when Reubens was charged with exposing himself in an adult theater and subsequently had to drop out of the public eye for a while. While it’s not bound to be as severe as that incident since it’s not illegal in any way, the image of Pee-wee Herman becoming a pill-popping alcoholic, as it would appear he’s set to become in the movie if the rumors are true, could shake that unwavering faith that people have kept in him for so long since the last incident. Does anyone recall just how long he had to work to regain the trust of the people and the kind of roles he had to take on? At this point in his career Reubens is getting kind of old to have to regain any trust once again, though it’s also likely that assuming he’s going to be vilified for this decision is kind of extreme. The court of public opinion is anything but kind however and while many might think that Adam Sandler’s turn to full drama mode might have deserved more than a snub at the Academy’s, Pee-wee’s might be enough to finally get people to think that he’s reached the end of his rope and doesn’t have anything else.

That might sound harsh and even a little cynical, but let’s look at it from a couple of different perspectives. Reubens has taken on this character for years, decades now in fact, and it could be that he’s wanting to stretch out a bit but doesn’t want to leave the one character that’s kept him relevant for so long, since nothing else he’s done has really ever elevated him in such a way. Laura Bradley of the Daily Beast has more to offer on this subject. Unfortunately while Pee-wee has been seen as a role model, a goofy but fun character, and even a public speaker after his debacle in the theater, he’s never been much of a dramatic character. That could be what’s prompting this turn to the dark side as it were since he could be wanting to see just how it will go and is willing to take the risk of people looking at him askance afterwards. After all, Pee-wee has been his character for so long that if anyone’s going to drive the man-child into the ground it should probably be the guy that’s been giving voice to him for so long. From the other side of the line it’s almost a certainty in the minds of many people that this is going to be a horrible idea since for so long he’s been a role model and someone that kids can look up to and families can enjoy that turning dark could mean an end to all that. There’s a chance that he could be going dark on screen to give his character a chance at redemption, perhaps giving a little more realism to Pee-wee after so long, but it still feels like a very awkward idea.

If the Safdie brothers get hold of it though it could be something that’s seen as insightful and more interesting than people are giving it credit for at this moment since right now it’s an idea and nothing else, meaning that there’s a chance that it might fall apart before it ever gets to the planning stage. It sounds mean to even consider cheering for that to happen, but to be fair if it’s going to happen, then Paul Reubens is about the only guy that would be able to pull it off.