Home
Television
Young and The Restless
Young and the Restless: Does Someone Have Information for Cane? 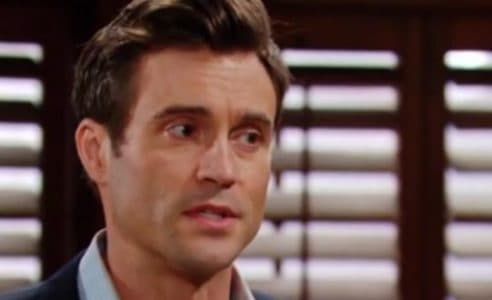 Young and the Restless fans aren’t worried about what is going on with Cane. He’s selling secrets about Victoria, but no one seems to care that he’s made such a mess of his life. He made the mess. He made it worse by continuing to lie about it, and he’s not doing anything to make himself look better. He’s continuing to put himself first and foremost when he needs to focus on his kids and his wife. He’s not, though, and that’s making it worse for him.

And when he is going to get a phone call from the cameraman, Jesse, he’s going to wonder what it’s all about. We have a feeling it might have something to do with his current situation, and we want to know if it’s something that might help him out and along the way. He’s not going to have much of an issue to sort out as the days go on, but we do think he might find out what he can about Juliet and the issues going on.

Speaking of Juliet, she’s going to run into Victoria at the hospital — and we have a sneaking suspicion that’s not going to go well. Is this the case? Will there be an issue with the entire situation, or will they just avoid one another the way normal people do when they run into people they really hate a lot? We don’t know, but we do know there might be some issues at hand in this situation.