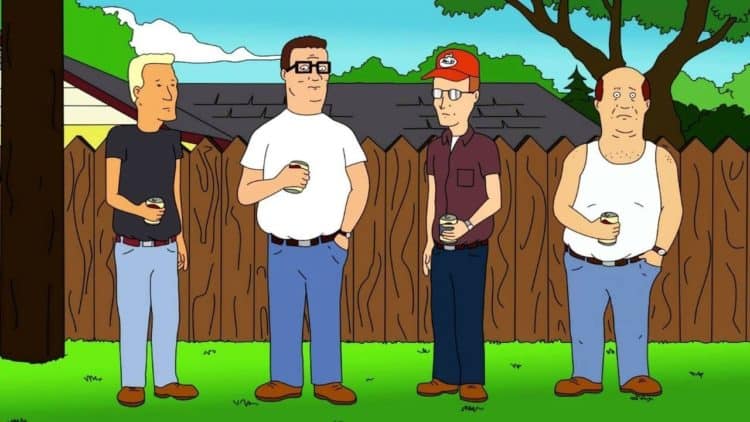 It’s been 12 years since we last had the chance to see Hank, Dale, Bill, and Boomhauer standing on the front lawn saying “Yep” in their own distinct ways, and I, for one, have kind of missed it. Whether it’s Bill’s moronic drivel and obsession with Peggy Hill, Dale’s paranoid and weak-willed manner, Boomhauer’s strange mumbling talk, or Hank’s straight-laced attitude, this show was fun from start to finish. But it does feel as though the changes that might need to be made to satisfy some viewers might alter the show in a way that might not be conducive to bringing back the same kind of feel that the show brought a little over a decade ago. It’s tough to argue that some of the elements of this show weren’t offensive in some way, but it’s easy to state that those elements were needed since they brought a greater overall feel to the show that made it ring a little truer to the audience as the interactions between the various characters were over the top, but also more than a little effective.

One of those elements, Hank’s boss Bud Strickland, is already being looked at as something that might need to be cut. It’s not hard to reason why Bud is a problematic character that is as twisted as the letter S and also stands as the type of individual that Hank is loyal to but can’t fully agree with. But if Bud has to go, or be changed, then it stands to reason that if the show wants to avoid any cries of hypocrisy that Peggy Hill would need to be changed, Luanne might need a serious retcon, as would her mother, and several other characters in the show would have to be looked at through the same lens that would make people demand that Bud be given the ax. There are arguments to be made for this.

Peggy Hill is perhaps one of the most arrogant characters on the show, and while her motives are usually pure enough, her execution is completely selfish as she often seeks to help others by making herself look good first and last, while in the process trying to better life for those around her. In other words, she’s a glory hound, and it has nothing to do with her being a woman since she’s simply obnoxious. Bobby Hill has more of an excuse since he’s a pre-teen that’s trying to edge his way into his teen years and finds that he’s simply too awkward most times to really succeed. Oh, and how about the Hill’s next-door neighbors, Kahn and Minh? If anyone is being honest, this show is riddled with stereotypes, and it’s one of the many reasons that this show was popular in the first place since those in charge leaned into them hard at times, and eased up when necessary to tell an amusing story. This is what made King of the Hill enjoyable, it went forward without apology and yes, did become controversial at times, but remained insanely humorous at the same time. By changing up the story, ditching characters, and creating a woke version of this show it feels as though it might not be worth the effort.

I’ve said it more than once and I’ll keep saying it, comedy is the practice of taking something depressing and possibly even offensive, and turning it into something that people can laugh at, which can take the sting out of the content. Some might want to argue that leaning into the same stereotypes is harmful, wrong, or even somehow damaging to those that feel somehow offended by it. But here’s a great tip for those that don’t want to see this kind of material: DON’T WATCH. Seriously, it’s that simple, and in the process, those that don’t want to see such ‘offensive’ content won’t have to, and those of us that would love to see the show return in its former glory would be able to enjoy it fully without having to wonder why one character or another had to be taken off just to satisfy the ‘hurt feelings’ of a few. It does sound as though the show’s revival is still in the process of being developed, so waiting patiently is all that can be done.

When it comes to offensive material on TV, people need to look around and allow themselves to see what’s truly offensive and what’s not quite as bad as they might think. In the process, they might remember that they don’t have to pay attention to something they don’t like but denying others the chance to see something they enjoy by demanding that things change to satisfy the lowest common denominator isn’t a great idea for satisfying the masses. All we can do is wait and see what happens, and hope for the best.