Home
Movies
Why You Should Check Out the Michael Vs. Jason Fan Film 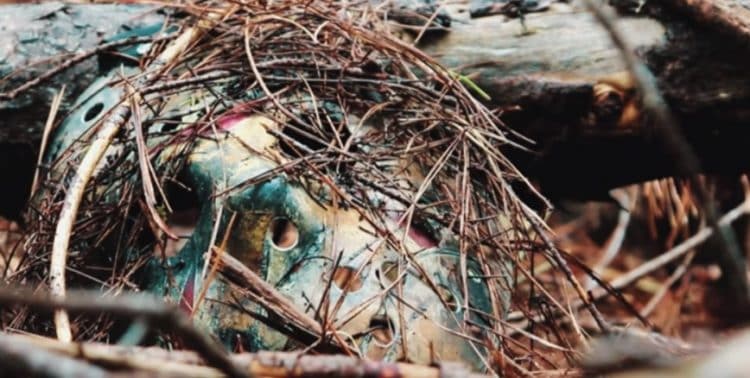 We’ve seen Freddy vs. Jason in the past and a lot of us might not have agreed with the outcome and thought it was kind of a cheesy movie, but David Pountain of We Got This Covered helps to deliver another video that’s nothing short of impressive since it pits Jason up against another horror legend that needs no introduction. Michael Myers from Halloween is by far one of the most tenacious and aggressive horror antagonists that’s ever been created, and on top of being a supernatural beast of a man he’s just flat out scary as well. To say the video is well done is putting it mildly since despite the slight lack of funds that might have made it into an instant classic the fan-made movie still went viral and has been seen millions of times at this point.

For many years now both Jason and Michael have been terrorizing fans and those that they’ve been written in to kill in their own horror franchises and people have loved it. There have been those movies in each franchise that aren’t that great and sometimes their popularity has kind of dipped, but overall they’re both well-respected movie monsters that are also unstoppable juggernauts that could be pitted against just about anything. There are other monsters that might top either one of them without hardly trying obviously, but when forced to fight against each other it’s a matter of who’s going to whittle the other down the quickest and how much damage can each of them really take.

If you’ve been paying attention over the years you’ve seen that both Jason and Michael can take a rather vicious amount of punishment since Michael has actually been decapitated at one point, as is shown in this clip from Halloween H20. Sure it wasn’t the greatest movie that’s ever been made in the series but it was still something that shows just how Michael can take a huge amount of pain and punishment and still keep coming. Jason is no slouch either though since he too has managed to endure quite a bit in his time. If you’ll remember from Freddy vs. Jason he took an inordinate amount of abuse from Freddy and just kept on coming. In the realm of the horror movie both figures have gone from being outright terrifying to kind of ridiculous to outright terrifying again as the years have gone by, and this movie kind of combines the two since you expect them both to get back up and keep moving forward.

At one point when they have to confront an older man and his, presumably, sons it would seem that they put their differences aside for a moment and work together to eliminate the shared threat. In fact it almost looks as though they might let bygones be bygones once the fight is over and go their own ways. There’s just one thing: bad guys don’t generally shake hands and say “good fight” even if they can talk. This was always going to be a knockdown, drag-out fight to the finish. The only problem is that there’s no telling just who would finally finish who since it’s been seen in the past that both tend to get up from the most horrific wounds and in some cases even regenerate as they need to.

Jason is a supernatural killer that doesn’t die, so is Michael, but it would appear that Jason can take a lot more punishment and keep moving forward whereas Michael does go down eventually, even if he gets back up. Jason can be put down as well but it seems to take a lot more. Just for once in a movie though, in any movie be it fan-made or on the big screen, it’d be fun to see either one of these guys get the Fargo treatment just to see if they can come back from THAT. Some fans might argue that it would take time to reconstitute their bodies but that it could and would happen, while others might go ahead and make the prediction that death by a wood chipper might actually be one way that either villain could be disposed of in a much more fitting way since really, how does mincemeat pose that much of a threat?

The chances of ever seeing something like this are slim however since it doesn’t seem like the type of thing that the writers of either story might think of for a couple of reasons. One is that of course it would kind of destroy the whole legend of either character if they got diced into bits and then were allowed to reform somehow. Jason was even blown to pieces at one point and was still allowed to come back since his heart was still intact. Michael, as I already said, lost his head quite literally and came back. So maybe a wood chipper wouldn’t be the answer.