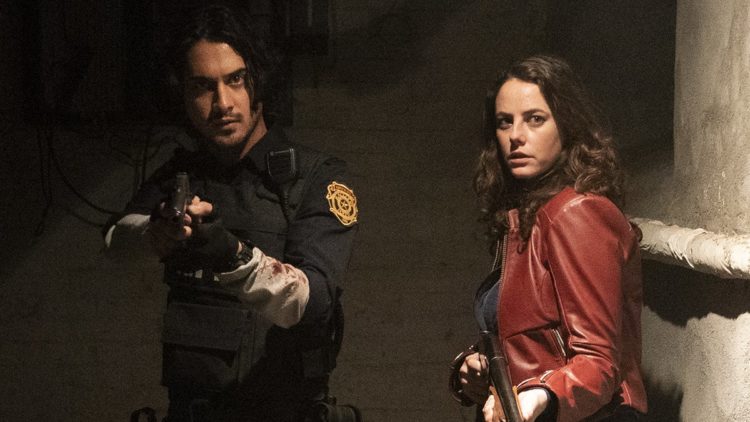 The reboot of Resident Evil finally made its way into theaters during the Thanksgiving weekend and the latest chapter of the popular video game franchise was a faithful adaptation that focused on the key aspects of the first and second games. Unfortunately, despite a completely new cast and director, Resident Evil: Welcome to Racoon City saw itself in familiar territory in terms of reviews as the movie was trashed by critics, resulting in an abysmal 26% on rotten tomatoes. The previous installments were far from critical darlings as well; however, they managed to make bank at the box office. Domestic totals for Resident Evil dwindled as each entry was released; however, the overseas box office made the films a giant success, hence the reasoning Sony opted to reboot the franchise so quickly since it still had a bankable name. However, according to the box office news, Resident Evil: Welcome to Raccoon City only garnered $8.8 million over a five-day period. This is the lowest opening for a Resident Evil movie yet, surpassing The Final Chapter’s $13 million opening; however, unlike the Mila Jovovich vehicle, it doesn’t appear that the overseas earnings will lead the franchise to make over $300 million. So, what happened? All the ingredients for a great Resident Evil movie were there; however, the film turned out to be a dud compared to the Paul W.S Anderson films. Let’s dive deeper into the reasoning behind Resident Evil: Welcome to Raccoon City Bombing at the box office. This will be a spoiler-free article for anyone who still wants to see the horror feature.

When a reboot was announced in 2017, the news was met with great joy as fans were clearly over the Paul W.S. Anderson films. Those movies truly failed to represent the Resident Evil games and Sony had the opportunity to start over fresh here. The rumor of horror master James Wan being attached to the film also added to the excitement. However, once Wan himself shut down the possibility of joining the project, the cracks of Welcome to Raccoon City slowly started. Both the onset photos and trailers were met with a mixed reaction. Some felt the casting was vastly off, namely Leon S. Kennedy. Avan Jogia seems more suited for Carlos Oliveria, the mercenary for the Umbrella Biohazard Countermeasure Service. In addition, the CGI and effects looked shoddy at best, even though the trailers strongly indicated that the film was a faithful adaptation of the source material. Once the trailers were released, the excitement and buzz noticeably went down for the Resident Evil reboot. It’s also notable how the marketing just wasn’t strong for the horror movie. House of Gucci and Encanto were hotly anticipated titles, and though the demographic between all three films weren’t exactly the same, the feature should’ve had some better marketing behind it.

The reboot was announced at the exact time that Resident Evil: The Final Chapter was still in theaters. It was simply too soon to reboot the franchise despite the promise of a more faithful adaptation. Welcome to Raccoon City needed great reviews. At the very least, they needed decent reviews like Mortal Kombat. Unfortunately, Welcome to Raccoon City may be faithful to the source material, but it still suffered terrible reviews by critics. Fans had little hope for the feature going in, and after dealing with the Anderson movies, they were done with the Resident Evil series. There’s no denying the box office success of the Mila Jovovich movies, but they’re either widely hated or categorized as “so bad its good” amongst most fans. As I previously stated, I won’t spoil the actual film; however, a quick summary about the movie is that there’s several key mistakes that ultimately hold it back from being good. One of the most notable is the decision to try and tackle both Resident Evil 1 & 2 stories in a span of 1 hour and 47-minutes. Is this the worse Resident Evil film you’ll ever, see? No, but the movie fails to recreate the haunting, suspenseful, and grim tone found in the earlier films. Resident Evil can be adapted into a great film. There are too many excellent sources of material that filmmakers can grab from. Plus, the characters and grotesques imagery are one of the most memorable things about the franchise. It’s just a shame Johannes Roberts wasn’t able to recapture that magic. Unless James Wan is added to the project, Sony should lock the intellectual property in a vault for ten years and then try to revisit the world of Resident Evil.