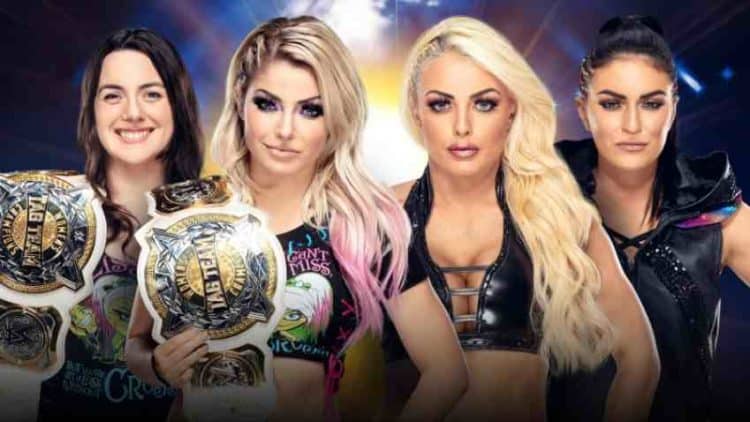 Can you name ten tag teams in the female division? And I don’t mean the champions, I genuinely mean tag teams akin to The Dudley Boyz, The Hardys, Edge & Christian, The Young Bucks, or The Briscoe Brothers. When I say this, I don’t mean makeshift teams who get together for a brief period of time and then break up once a tag title run is all said and done. Teams with great chemistry and established characters who believe that tag team gold is their world heavyweight championship. To be clear, I love tag team wrestling. It’s a beautiful art form that differs from singles matches. I’m not asking the division to be completely dropped entirely from the sport. When I watch promotions such AEW, New Japan Pro-Wrestling, Ring of Honor, or Impact Wrestling, the love for their unique style is expressed through not just the wrestling, but the way they craft their teams and the feud that is given more than a two-week thought.

There have been plenty of rumors in regard to Vince McMahon’s state of mind when it comes to the division. None of them are good, as plenty of reports have claimed that the Chairman just doesn’t see money in the division. Of course, I can’t exactly comment on rumors that may or may not be false but based on the way that the division is booked, it’s clear that tag team wrestling is given little to no effort. I get that the women’s division doesn’t have the history that men do. I also understand that three of the promotions listed don’t have women’s tag team wrestling, but the purpose wasn’t to highlight the women’s aspect, but the clear love for the division as a whole. Let’s be honest here, WWE doesn’t exactly care too much about the men’s division either. I will give credit where it’s due, the Matt Riddle and Randy Orton stuff has been solid. So is the USOs on the Smackdown brand. Both divisions need work, but at least there are established teams on RAW, Smackdown, and NXT. Unfortunately, the same just can’t be said about the women’s tag team division. The current WWE Women’s Tag Team Champions are a makeshift duo of Carmella and Zelina Vega, who have failed to do much of anything other than lose following their feud with Rhea Ripley and Nikki A.S.H.

That’s due to the fact that the company has really put no effort into building an effective division. This is the same as UFC’s Women’s Featherweight division, which doesn’t even have a top ten ranking! When the division was introduced in 2019, it was an exciting addition to the world of WWE. Granted, there wasn’t a roster full of established teams then, but at least I can name three off the bat: Boss N’ Hug Connection, The IIconics, and Fire N’ Desire. Even then, the division isn’t just about the growth of teams, but establishing a set of new characters and feuds. Outside of the women’s title scene, that rarely happens. The formula for tag team feud is usually beat champions in non-title matches, then trade wins back and forth amongst partners, then title match. Wash, rinse, and repeat. This formula doesn’t allow for any growth between the teams nor any chances for audiences to connect with them. It’s hard to identify a team persona when they’re barely given any mic time and wrestling without any story context behind it.

However, the biggest insult is that there aren’t any teams left currently. Carmella and Zelina Vega don’t have any challengers because the only duo that could fight them just broke up. Sure, WWE can randomly put another duo together, but the same bland cycle will repeat itself. Granted, I can’t fully blame the company for this manner as it’s not as if women’s tag team wrestling is thriving on the independent scene. The issue really isn’t that the company is randomly putting two people together, it’s the fact that A) a division doesn’t really exist and B) The respective pair isn’t allowed to grow as unit. This has been happening for years, and with the recent cuts, the division that barely had any teams to begin with was cut down even more. It’s clear that the company doesn’t truly care about the division. Hell, they barely treat the men’s tag team division any better. This isn’t about the fact that they’re women or the wrestling ability, there’s no depth in the field and it feels like the belts exist to make the fans happy. I’m all for being patient and if the company started booking the division better next week with the idea of slowly growing the division, then I’ll happily retract my statement. But if not, then exactly what’s the point of a division you could less about? Vince McMahon got rid of the cruiserweight division because they didn’t care about it, and before the mass firings, the depth of the roster was way stronger than the women’s tag team division ever was. It’s time to either show the division some respect or simply make it a thing in the past.